The Ministry of Health (MoH) has come under fire recently by politicians, nationalist NGOs, and even PERKASA for a decision they made. MoH confirmed that it has waived the SPM-level Bahasa Malaysia requirement for contract-based housemanship as well as compulsory service. We advise you to pay close attention to the terms “houseman” and “medical officer“, as we will explain the difference later.

Screenshot from The Malay Mail Online.com

The news of course was not received well by many, with BM being regarded as “the core of unity and national integrity” as it is enshrined in the Constitution as Malaysia’s national language. PERKASA has even threatened to sue the MoH over the decision.

In light of all the backlash, Deputy Prime Minister Ahmad Zahid Hamidi said he will summon Health Minister Dr S Subramaniam and Minister in the Prime Minister’s Department in charge of the Public Service Department, Datuk Joseph Entuluto to give an explanation to the cabinet.

Later, Deputy Health Minister Datuk Seri Dr Hilmi Yahaya has provided a clarification to the issue. He also says that that they are actually tightening the BM requirement to become a medical officer, and not relaxing it.

“Medical graduates who are doing their housemanship at the hospital do not require a pass in BM. However, if they wish to become UD41 medical officers, they need to pass the subject in SPM.” – Deputy Health Minister Datuk Seri Dr Hilmi Yahaya explains

SO APA MACAM NOW? Is it getting waived or not? Should we be angry or happy???

But wait… the JPA actually loosened the BM requirement back in 2003?!

As far as we can tell, the whole hoopla began when news broke that some 300 medical graduates had to “go back to school”. This was because they had studied in private institutions, and they had no BM qualification for SPM. But there is no option to sit for only the BM examinations, they were told they had to take 6 SUBJECTS just to get SPM BM certification. What’s even more surprising, is that the deputy minister said the JPA had been appointing medical officers that did not pass BM since 2003. But it’s not as bad as it sounds, JPA basically accepted “O” level BM/Bahasa Kebangsaan A (BKA) as an equivalent to SPM BM, because there was a shortage of doctors at the time. But now, the graduates were told that its is no longer accepted.

If we look at the requirements stated on Malaysian Medical Council and JPA website, it’s actually not immediately clear what is considered an equivalent and what isn’t.

There are actually 2 “categories” of medical graduates being talked about Once a medical student completes his or her studies, they have to complete a practical training of 2 years. A student undergoing this training is called a “houseman”(HO). Since December 2016, the gomen has been offering these positions on a contract basis, where the graduates are given 3 years to complete the 2 year training, and they will be assessed throughout.

“Put it simply, doctors used to have their jobs guaranteed, now if they slack off they would be out of a job.” – A soon-to-be medical graduate tells us

If they survive the 2 year training, they will be promoted to medical officers (MO), but they’re not quite off the hook yet. In Malaysia, it is compulsory for MOs to serve 2 years of civil service, which is also done on a contract basis. Only after this can they freely pick whichever sector they want to continue in. Sorry guys, contest is over. Original Image from seeker.com

So to clarify everything, the original decision was to waive the BM requirements for HOs but to reinstall the requirements to the MOs. While writing this article, the gomen has made a full U-turn on the decision, and clarified that BM will be required for medical graduates, be they HOs or MOs, and the gomen will allow those without certification to only sit for Bahasa Malaysia for SPM.

NAH, BACA:
Pre-GE14, thousands of tentera were being relocated to places that needed BN votes

But isn’t it going to make the waiting time for getting housemanship longer? Marissa Chan made this.

When the MoH first announced the requirement waiver, it was so that they could approve 300 to 400 graduates to undergo HO training. But the strange thing was, he later said that the relaxation would only affect 23 graduates who were children of diplomats.

“If the medical graduates cannot undergo graduate and mandatory training, they cannot become a doctor and the country will lose out. They cannot work in private clinics and pharmacies without a medical practitioner’s certificate. So do they have to become taxi drivers or bus conductors?” – MMA president Dr Ravindran R Naidu said

Earlier in April, we wrote about how the lack of houseman positions is affecting Malaysia medical graduates. Regardless of whether graduates would need a BM certification or not, it still doesn’t address the issues relating to accommodating graduates.

Still, not to belittle the concerns for patients who speak neither BM nor BI, BM proficiency is still practically important since a large part of the population speak the language. A language requirement is not unreasonable as it is a common practice for a lot of countries. In fact, to even be able to study in Japan or UK, you would need to be fluent in Japanese or English, let alone applying to become a doctor there.

PDRM once relaxed their requirement… and it worked pretty well

The only other gomen agency we could find that relaxed their BM requirement recently was … quite surprisingly the Police Diraja Malaysia (PDRM). Back in 2014, PDRM changed their BM requirement from credit to just a pass to encourage more sign ups from the Chinese community. Besides the difference in reaction, there were a few other differences as well.

Firstly, unlike MoH’s previous decision, PDRM did not completely waive the requirement, instead they only lowered it. Secondly, unlike the number of medical graduates, PDRM had a huge shortage of Chinese recruits. At the time, they had only 1,974 Chinese, which made up 1.87% of the entire police force. 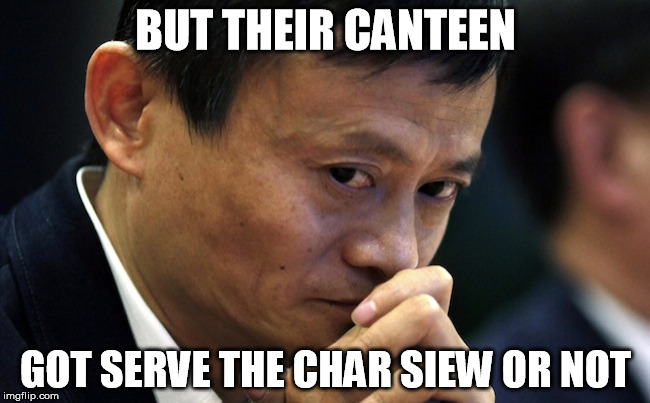 So did PDRM’s strategy work? PDRM received 3314 applications for their next intake, which was the highest in PDRM’s history. We couldn’t find the current percentage of Chinese in the police force, all we know is that the numbers then were even lower than in 2004 (2.5%). Considering that the reasons for lack of Chinese participation is a lot more than their SPM BM results, more can be done to boost the participation further.

The initial reason for the waive still has not been addressed

As mentioned, the initial reason for the waive was not lose potential Malaysian doctors that could serve the country. Though the controversy has concluded with allowing housemans to only sit for SPM examination, the subject of housemanship positions and rising number of graduates have been drowned by the calls of maintaining the BM requirement. Sorry guys contest is over. Image from imgflip.com

There’s actually another way we can test BM proficiency without retaking SPM. If the concern is with communication with patients, a Bahasa Malaysia (BM) proficiency test for any profession could solve the problem, as Institute for Democracy and Economic Affairs (IDEAS) chief executive Wan Saiful Wan Jan suggested.

“If it needs to be formally measured, then all we need is a professional certificate of proficiency in BM that can be taken by anyone at any time.” – Wan Saiful Wan Jan told Malaysiakini

If the issue is concerning retaining doctors, then making it easier to take BM SPM examination will not be enough. On top of that, there’s the issue of maintaining the quality of medical graduates, and not to mention their well being/ sanity.

Sometimes with all the different opinions being thrown around an issue, it’s easy to lose focus of what started the problem in the first place. It might be helpful to just rethink the problem from the beginning from time to time.