It sometimes seems like the English language has an obsession with trolling the gomen because, when 1MDB recently announced that they’ve appointed UK-based auditing firm Parker Randall as their new auditors, some eagle-eyed Malaysians spotted questionable English on Parker Randall’s UK website:

This is somewhat reminiscent of the National Security Council’s elite Operations Force (NSOF) which was launched with the motto “Speed and Accurate“: 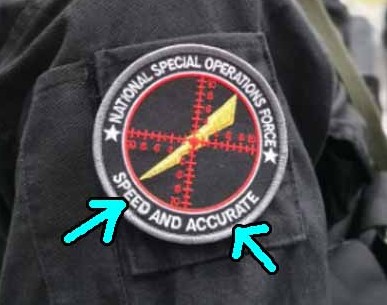 But you might be thinking that this is blowing stuff out of proportion… after all, these guys are auditors so they should be focusing on numbers, not words. Can CILISOS writers do accounting? No right? So as long as these new auditors are speed and accurate then no problem la!

Here’s the thing – if you asked someone to name an accounting firm off the top of their head, you’d probably get names like Deloitte, KPMG, Pricewaterhouse Coopers, or Ernst & Young. Chances of someone mentioning Parker Randall would be pretty slim, which leads us to why they were probably selected in the first place because…

1MDB couldn’t find an auditor willing to work with them (!!!)

So the reason why Deloitte, KPMG, Pricewaterhouse Coopers, and Ernst & Young are so femes is because they’re the “Big 4” accounting firms who audit a majority of the world’s public listed companies.

But the reason none of the Big 4 are auditing a company as large as 1MDB is because 2 of them got sacked and one gave up!

Yep. Ernst & Young was 1MDB’s first auditor who were fired before they completed the company’s financial audit in 2010. They were replaced by KPMG who were eventually fired as well in 2013 when they refused to validate accounts worth US$2.3 billion. As for the third firm, Deloitte didn’t just quit, they also issued a statement saying that their earlier financial reports were no longer reliable after the US DOJ’s investigation on 1MDB:

“The complaint (filed by DOJ) contains information, which, if known at the time of the 2013 and 2014 audits of 1MDB, would have impacted the financial statements and affected the audit reports and, accordingly, those audit reports issued by Deloitte Malaysia dated March 28, 2014 and Nov 5, 2014 respectively in connection with the 2013 and 2014 financial statements of 1MDB should no longer be relied upon.” – Deloitte statement, as quoted by Malaysiakini.

Deloitte quit in July 2016, and in October Second Finance Minister Johari Abdul Ghani mentioned that 1MDB was still unable to find a auditor. When asked why they were having trouble finding one, his response was:

“I think they want to look for an auditor that is willing to accept the job.” – Johari Abdul Ghani, as quoted by Malaysiakini. The reason why hiring a reputable auditing firm is important is because of the confidence that they can do a proper job. As an example, if Halal is important to you, would you rather buy a product certified by JAKIM or Uihua & Partners? Similarly, auditing firms are also careful about their reputations because a scandal could cause their entire company to collapse overnight – a case in point being the Enron Scandal.

Prior to 2001, the Big 4 used to be the Big 5 with the fifth being a company called Arthur Andersen. Arthur Andersen was the auditor for Enron, a large energy corporation (sound familiar?) with political connections (sound² familiar?) that fudged their accounts to show that they made more money than they actually did (or at all). Eventually fit hit the shan and Arthur Andersen’s reputation was severely affected, and both Enron and Arthur Andersen collapsed faster than a house of cards on an epileptic table.

”The integrity of this firm is in question … Our reputation is our most important asset.” – Joseph F. Berardino, Arthur Andersen’s CEO, as quoted by The New York Times.

So with all the controversy surrounding 1MDB, it would be understandable for the auditing firms to want to be extra careful. This is where Parker Randall comes in…

NAH, BACA:
In 1777, a Chinese gang in Borneo created the first democratic republic in S.E. Asia

But who are Parker Randall?

“Never heard of them in my life, but 1MDB cycled through the Big 4 already so I guess Parker Randall sounds better than Ah Kau & Partners.” – FreeLunch, Former auditor.

“Not really but I read an article about them in the news.” – DoDo, Auditor.

However, both of them have heard of Aftaas, a Malaysian auditing firm that is an affiliate of the Parker Randall network.

This affiliate thing is kinda complicated to explain, but it’s easier to think of it as a franchise where a firm can opt to be a “member” of the Parker Randall network in order to use their name and have access to their resources and contacts. This is different from the Big 4, which are established through partnerships with locals. However, we don’t know the extent of Parker Randall and Aftaas’ relationship since that part of their site is down.

“Affiliate networks are quite common, but the actual details vary from firm to firm. Without knowing the terms of the Parker Randall affiliation with Aftaas, it’s hard to determine the actual relationship other than what they tell you.” – FreeLunch.

But here’s the thing – no one knows (yet) if 1MDB will be audited by Aftaas or Parker Randall themselves. Whether or not this would make a difference is yet to be seen, but Malaysiakini kinda presented the options: 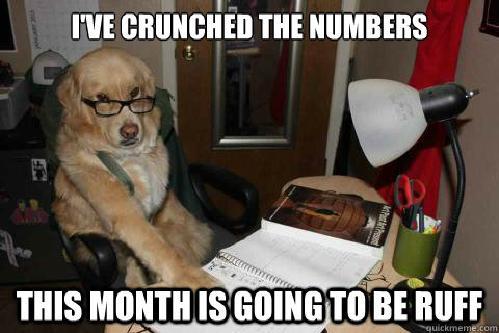 But either way, DAP MP Tony Pua – who’s also part of the Parliamentary Committee investigating 1MDB – said that it didn’t matter who does the auditing, as long as they do it properly:

“What is ultimately most important for Malaysians isn’t the question of whether it is Parker Randall or [Aftaas] carrying out the 1MDB audit. What is of utmost importance is whether the newly appointed firm will carry out their responsibilities as “independent auditors”, and I emphasize “independent”, in an objective, professional and timely manner. – Tony Pua, in a media statement.

So… can we trust these Parker Randall / Aftaas fellas?

Whether you realize it or not, most people tend to judge the quality of a product by how nice the packaging looks and words describing the product. Generally, the worst the writing the lower we judge the quality: But now that you know about the whole affiliate thing, we should clarify that the bad grammar on Parker Randall’s UK page isn’t directly related to 1MDB’s audit… it was just epic clickbaiting on our part. In fact, the mistakes may have been committed by some of their affiliates:

That being said, it’s kinda funny that it happened on the UK site when other affiliate sites in the UAE, Zimbabwe, and Vietnam were fine – because, y’know, the English language.

But as to whether Parker Randall/Aftaas would do a good job with 1MDB, that…. remains to be seen. One thing for certain is that they’ll definitely be under a lot of scrutiny:

“Can’t comment too much on reliability and credibility until the auditor’s report comes out. If Deloitte and the others can’t sign off, then why can Parker Randall/Aftaas sign off?

Maybe in the end they also won’t sign off the accounts, who knows?” – DoDo.