So big news that applies to pretty much any Malaysian behind a wheel –  the Finance Ministry is buying over the toll concessionaires for four highways: Lebuhraya Damansara Puchong (LDP), Sistem Penyuraian Trafik KL Barat (SPRINT), Lebuhraya Shah Alam (KESAS) and SMART Tunnel (SMART) at RM6.2 billion to be paid for in government bonds.

Ok ok whatever… but the part that’s probably more interesting to motorists is that the entire TOLL system is going to change! Part of the government’s strategy to settle the debt is to get revenue from a congestion charge, which the ministry plans to replace the current toll system with. But don’t worry, the most EXPENSIVE charge is the same as what we’re currently paying – so here’s out it works. So, if you were to pay the congestion charge at, say a toll plaza on LDP, the charge would be RM2.10 during peak hours, zero during off-peak hours, or RM1.47 outside peak hours. What are the peak hours? : Congestion at LDP. Image from The Star.

Then, you’d wonder when the peak hours are. Well, we came across an article (and another) saying that the peak hours are 6.30am-9.00am and 4.30pm-7.30pm, but tbh it’s not explicitly stated if the govt said this or not.

But a press release from the Prime Minister’s Office in February revealed that the off-peak hours are between 11.00pm and 5.00am, which of course is great news for drunkards, LGBT and those ‘looking for customer’! But how accurate are these peak hour assumptions? Rather than interview Malaysians who will ALWAYS say it’s jam when they’re late for appointments, we decided to use Waze, which has an ETA estimator to check the most packed 2.5 hours in the mornings and the most packed 3 hours in the evenings on each highway from different toll plazas. Yes in case you didn’t know, you can click on this LATER function and Waze pops up this really cool graph on what the traffic will be like any day of the week

FYI, Waze gets its info from motorists driving around with the Waze app open on their phones (don’t even have to type or say anything to it, but there’s an option to do that after you’re done driving). Whatever info Waze collects while you drive is used to make estimations and put together the traffic info other users can refer to.

Routes used: From the Penchala and Puchong Barat tolls. Their traffic conditions were pretty similar, so we clumped them together.

NAH, BACA:
Wow, what was the world's largest plane doing in Malaysia? Weekends tho have different traffic jam patterns. They’re not severe but when there’s a bit of traffic, they go on for a bit longer than weekdays.

Routes used: From the Damansara and Bukit Kiara tolls. Can you even see the evening traffic chart for the Damansara toll? Friday afternoon humps at both tolls.

Routes used: From the Kemuning and Sunway tolls

Weekends: Similar to other highways.

The peak hours are similar to the LDP and SPRINT, but more severe. 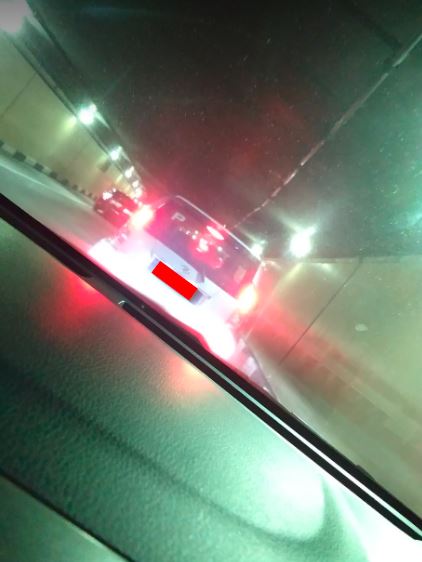 Another writer just happened to drive through the morning traffic in the Smart Tunnel at the time of writing. So how close are the quoted peak hours to Waze’s estimates?

Just to remind you of the quoted peak hours:

And what we got from Waze: Looks like we’re not the only ones making that jam joke. Image from NotOnTheHighStreet.

If you’re not nocturnal like an owl (hoot would probably get free toll charges if it drives), you could try driving before 6.45am or after 10.15am in the mornings and before 4.15pm or after 8.00pm in the evenings (unless you’re passing through the Damansara or Sungai Besi toll).

During those times, you’d have to pay:

At least for now… There’s a theory that the congestion charge might spread out the traffic flow from peak hours to non-peak hours (maybe as a result of some peeps following our suggestion to drive outside peak hours *ahem*), which means that there are two outcomes to this charge

Co-written by Dhanyaa and Chak