“Eh, can you stop running around like a sakai?”

The two quotes above aren’t even made up examples – a CILISOS writer actually used them until she found out that Jakun is an ethnic Orang Asli group and Sakai is a derogatory term for the Semang people. We are happy to say that she has bertaubat-ed and stopped using these terms since.

But you won’t be reading this on your China-made phone if not for the invention of the modern diesel engine, which made transportation a lot cheaper and efficient…. An engine that was supposedly inspired by a device used by the Orang Asli called the Lantak Api or Fire Piston in English. The Lantak Api or Fire Piston. L-R: Base, Plunger, complete unit. Thanks Keong!

We’ll get into the juicy details in a bit, but let’s talk about the Fire Piston first because…

So in the days before matches or lighters were invented, the common way to make fires were by rubbing two pieces of wood together or by hitting flint and steel to create sparks. However, these methods were quite leceh as you might imagine, since it was time-consuming and required you to carry them with you if you were outside.

The Fire Piston was used by the Orang Asli (most notably by the Semelai people) as a convenient way (in those days) to make a fire on the go – kinda like how you’d keep a lighter in your pocket today. All they had to do to create a fire was to put a flammable tinder into the tip of the plunger, wet the shaft of the plunger, and whack the plunger into the base as hard and fast as possible. We have to clarify at this point that a tinder is a flammable material, not the mobile app that you swipe on to make “friends”.

If you didn’t watch the video, we got CILISOS intern Amanda to do a demonstration:

We should mention that it’s not as simple as it looks as it requires technique and the right materials. Dr. Colin Nicholas from the Centre for Orang Asli Concerns says:

The Semelai ones requires a lot of practice and the correct technique, especially since it involves immersing the piston tip in water (!) to expand the thin bark lining, which is crucial in making a perfect fit between the piston and the chamber.” – Dr. Colin Nicholas, in conversation with CILISOS.

A few of us tried using the ones we got and only Marcus, our Head of Sales, managed to light it up after like 40 tries. He claims that he’s never smacked so much wood his entire life. Claims.

The Fire Piston works on one of the laws of thermodynamics – that gas generates heat when compressed. When done fast enough, the heat generated ignites the tinder. You can see the process in this video which uses a transparent Fire Piston:

And when you compare this to how a diesel engine works….

… You can kinda see what we’re getting at here because… 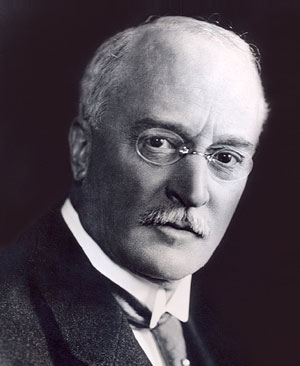 We’re gonna disclaimer this part by saying that there’s no concrete proof that this actually happened, but it’s a claim made in the book The Practical Pyromaniac by engineer William Gurstelle and an article by Mariam Mokhtar. We also recommend that you watch The Diesel Story, made by the Shell Corporation in 1952.

So back in the day, steam engines were literally driving the world. However, steam engines had one problem – they weren’t very good for urban transport (ie cars) and early internal combustion engines that ran on petrol or gunpowder were extremely inefficient, losing up to 90% of the energy generated.

In the mid-1870’s, German engineer Professor Carl von Linde made a lecture tour around Southeast Asia. He was an educator who would later on invent the first refrigeration unit, and the company he founded has a branch in Malaysia today. During a lecture in Penang, Professor von Linde was given a Fire Piston by the Orang Asli as a gift, and probably got pretty good at using it.

After his tour, he was giving a talk about his travels to his students at Munich Technical University when he suddenly developed an urge to smoke. He put a pipe in his mouth, took out the Fire Piston, pushed down on the plunger, and POP! Instant fire! To many students, it seemed as if he created fire out of nothing.

NAH, BACA:
[PHOTOS] This Orang Asli school may be on par with private schools, thanks to this headmistress

One of the students who witnessed this was Rudolf Diesel, one of Professor von Linde’s more promising students. Diesel spent a lot of his time trying to create a more efficient internal combustion engine, and seeing the Fire Piston in action gave him a spark of inspiration which led him to create…. 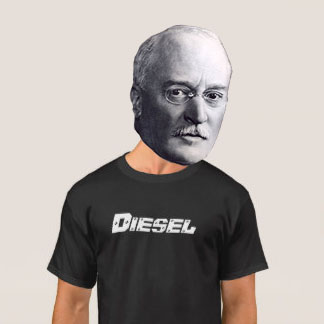 Of course not. Rudolf basically wondered if the same principle of using air pressure to light tinder could be used to light fuel – and it did! Long story short, this led to the development of the first internal combustion engine that wasn’t only more efficient than its competitors, but also one that could run on several different kinds of fuel (such as biodiesel) with equal efficiency. Fun fact: Rudolf Diesel intended for his engine to run on peanut oil.

Unfortunately for Rudolf Diesel though, his story doesn’t end on a happy note. While his engine was efficient, it was new and unreliable and Diesel lost a lot of money from refunding his customers. Worse, many people couldn’t see the commercial potential over steam engines. So in 1913, Rudolf Diesel boarded a ship bound for London……. and disappeared.

Until today, no one knows what exactly happened to him. There are theories that he may have committed suicide due to his financial difficulties, but some more sinister theories say that he was murdered to stop him from selling the technology to the British – this was less than a year before World War I started in 1914. Either way, a corpse containing some of his personal items was found by a ship 10 days later. The crew could not keep the body due to bad weather, so they kept the items for identification and threw the body back into the sea. The diesel engine only saw wide use after World War I, and Rudolf Diesel never got to see how it changed the world.

While we can’t say with 100% certainty that the Fire Piston led to the diesel engine, we can more confidently say this: It’s not known who exactly invented the Fire Piston because versions of it exist across Southeast Asia such as in Borneo, Indonesia, and even India. According to Dr. Nicholas and Keong (the guy who lent us the Fire Pistons to play with) there’s no record of how long it has been used in Malaysia, or whether it was invented here or imported from some other culture. However, there is one thing that all these Fire Piston-using people had in common – they also used blow guns. The theory is that someone may have accidentally discovered the technique while making the lubang used to fire the darts.

But beyond that, the Orang Asli/Asal have come up with many gadgets that function similar to modern equipment, but using natural materials found in the jungle and perhaps without even realizing (or caring about) the scientific principles behind how they work. An example of this is a furnace used by the Bidayuh – made with bamboo and feathers. Keong tells us that they only use a specific kind of feather because it allows air to pass through when the plunger is pulled up, yet creates an airtight seal when the plunger is pushed down. You can see it in action here:

Keong also tells us that he’s seen some other ingenious Orang Asli devices, such as a flexible axe (less effort to chop down trees) and a violin made out of coconut, vine, and pufferfish skin in a Semelai settlement in Tasek Bera, Pahang.

But these items are slowly becoming extinct An Orang Puteh and a Japanese man trying out the Fire Piston.

It’s pretty sad to say that there’s a high chance that these items will soon be lost among the Orang Asli and Orang Asal due to modernization, development, and a lack of interest among Malaysians to preserve this knowledge. In fact, Mariam Mokhtar noted that the Fire Piston cannot be found in local museums – you’d have to go to Jakarta to see it. [Update: The folks at Muzium Warisan Melayu, UPM informed us they have one on display.]

It’s also equally sad to find out that most of the people interested in these items aren’t even Malaysian:

“The shame is that there is neither appreciation nor recognition of this simple yet scientific but sophisticated tool in our culture. It is left to western enthusiasts and hobbyists … to be enthusiastic about this ancient heritage and tradition of the Jakun and Semalai.” – Quoted from MariamMokhtar.com.

Keong tells us that he started selling the Fire Piston from his shop and website because he didn’t want this knowledge to die out. He met a Semelai man named Jamri in Tasek Bera who knew how to make it, but never found a reason to because no one wanted one. Although sales are slow because “there’s no interest from locals, only foreigners,” Keong still buys them on a regular basis and Jamri now has a few other villagers helping him make the Fire Pistons – ensuring that this knowledge won’t die out for another generation at least.