Among all the painful ways to die, death by a zombie horde is probably one of the worse. But just when we thought that can never be a possible scenario, we came across this article while scrolling through our social media.

But don’t worry, it’s not a virus outbreak that’s going to make corpses spring back to life. Turns out, the zombie outbreak is going to be caused by a recreational drug known as “bath salts”. It is reported that aside from giving users the high they crave, it also has a tendency to urge the user to bite others! Almost like some kind of ZOMBI- oh, right.

But surely such a thing couldn’t exist right? If it did, why hasn’t a terrorist plan to poison our water supply with this drug been foiled by the police yet? We take a deeper look into this drug called flakka, to see if it could really turn people into hungry zombies.

Surely this is a flash mob to promote the dangers of drug abuse! Gif from Thriller

Zombie drug is just like cocaine and ecstasy… but CHEAPER!

Zombie drugs are known as “bath salts” because they actually look like actual bath salts (but they’re not), and unless you want your relaxing bath to turn into a funny-but-terrifying-in-retrospect kind of experience, please don’t confuse them for the same thing. In fact, there are many other drugs that also resemble bath salts and are thus classified as such, for example this drug called flakka. 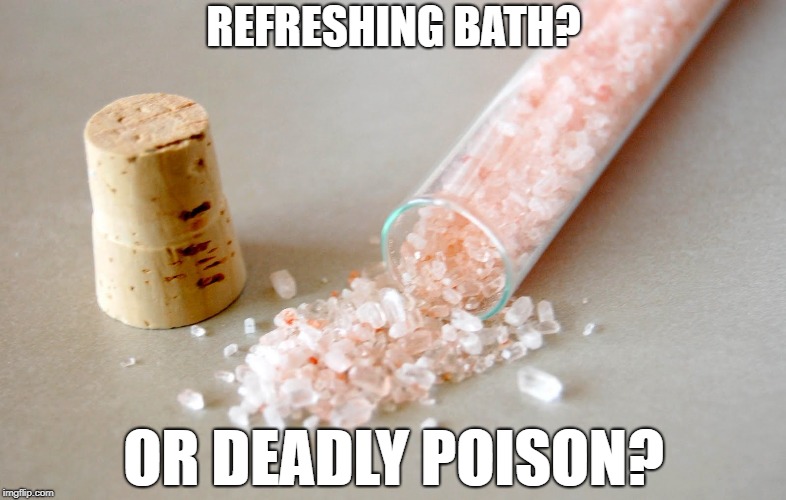 Much like cocaine and ecstasy, bath salt drugs are a stimulant, meaning it gives its users a great sense of euphoria. But while cocaine cost about 100 to 120USD per gram, and ecstasy is about 150 to 250USD, bath salts like flakka will only cost you about US$1.65 per gram.

Zombie drugs are synthetically manufactured to very closely resemble cathinone, a natural substance found in a plant called Khat. Khat itself has mild stimulating effects naturally, and chewing on its leaf has been a social practice dating back thousands of years in the Arabic Peninsula and the Horn of Africa, where the plant is found.

But modern day folks aren’t going to settle with some weak leaves from a tree. Instead, we had to make a supercharged version that’s sending people to hospitals and the afterlife. Yet somehow, people are paying closer attention to a drug that turns people into zombies than to those that would kill you. But how did turning into a zombie get associated with bath salt drugs?

Put away the flamethrowers and chainsaws, because the zombie apocalypse isn’t coming 🙁

Googled flamethrower chainsaw and this came up. Gif from imgur

The most famous incident about the “zombie drug” was the Miami Cannibal Attack in … well, Miami, USA. The bizarre occurrence was caught on surveillance camera, and it involved a man named Rudy Eugene, who not only attacked a homeless man, but also bite his face off in the process. Police officers arrived at the scene, and shot Rudy after he refused to stop chewing on his victim’s face. As if being homeless wasn’t bad enough already, the homeless man was left permanently disfigured and blind.

In another separate incident (also in America), a 19 year old stabbed and killed two people in his neighborhood, and then proceeded to bite the face off of one of his victims. Though we couldn’t pinpoint the exact reason, many of the U.S media began citing bath salts drugs like flakka as a potential cause for the assailant’s weird and zombie-like behaviour, perhaps due to the properties and cheap prices of bath salts. But in reality, bath salts drugs do not automatically turn users into face-hungry zombies.

In both of the face eating attack cases mentioned previously, both of the “zombies” were found to actually have no traces of any types of bath salt drugs in their body (although traces of marijuana were found in Rudy’s body).

“A toxicology report on Wednesday failed to find “bath salts” and other major street drugs in Eugene’s system.” –  excerpt from CBS News

“Harouff’s toxicology tests revealed that Flakka was not detected in Harrouff’s system.” – excerpt from CBS News

In other words, the zombifying effect is nothing more than an urban myth. But even with that being said, we must remember that bath salt drugs are a stimulant, meaning that it can still induce behaviours such as extreme paranoia, hallucination, delusions of being invincible, and aggressive, even criminal behaviour. So if a bath salt user REALLY wanted to become a zombie while high on the drugs, he or she might just decide to act like one and bite people’s face off. 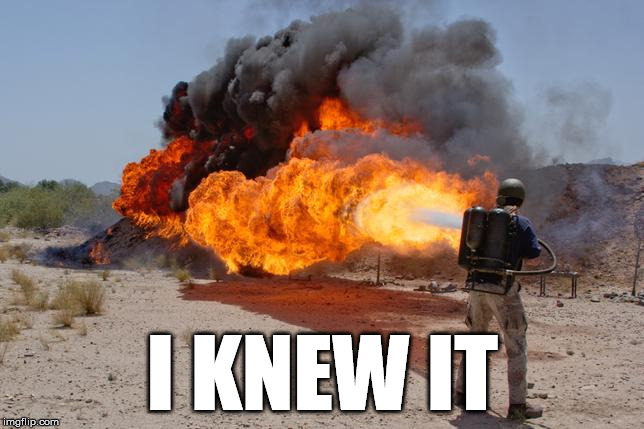 NAH, BACA:
Abdul Hadi was made Malaysia's special envoy to the Middle East, but... what does that mean?

Thankfully, most people are scared to try it… although some ‘accidentally’ took it? 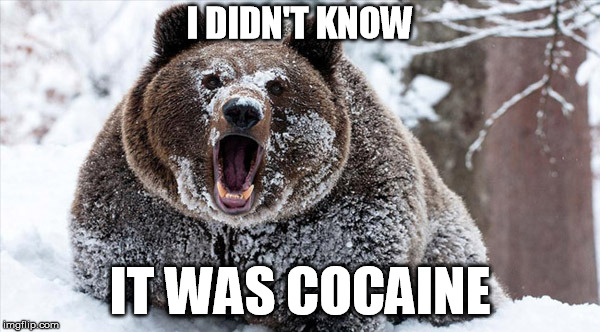 Apparently, the only thing that’s just as bad as being eaten alive by a zombie, is turning into one yourself. Just like how our parents would trick us into believing that policemen had time to arrest naughty children when we were little, the false attribution of bath salt drugs turning you into a zombie are actually deterring people from trying it.

“A lot of people laughed when they gave us their hair saying things like “I don’t use bath salts; I’m not a zombie who eats people’s faces.” – Dr. Joseph Palamar, Assistant Professor of Population Health at NYU Langone Medical Center, quoted from New York University

This is because bath salt drugs are being used as adulterants, or substitutes for drugs like ecstasy, because it helps the producers cut cost. And just like legal and pharmaceutical drugs, there can be serious health risks when dubious ingredients are added into the product unknowingly.

Drug addicts being arrested by the Malaysian authorities. Image from christopherteh.com

For now, the use of flakka in Malaysia seems non-existent, but new psychoactive substances are being detected in Malaysia lately. Bukit Aman Narcotics Criminal Investigation Department (NCID) Director Datuk Seri Mohmad Salleh said that many of these substances aren’t even recognised by Malaysian laws as illegal substances.

But Dr. Joseph Palamar, Assistant Professor of Population Health, New York University Langone Medical Center, warns that we should avoid the use of scare tactics as a drug use deterrent, as it will probably end up hurting the credibility of warning by authorities and experts, while discouraging addicts from seeking help.

“Sometimes scary information works to deter drug use. But “scary” should be based on truthful information about potentially harmful drugs. ” – Dr. Joseph Palamar, quoted from The Conversation