Regardless of whether you’re religious, atheist, or agnostic, myths and stories about gods and deities of various religions have always been rather fascinating subjects. We listen to them, read about them, and we choose to either worship them or dismiss them as fiction.

And if you’ve read anything about Hinduism, you’ll know that it has, like, a lot of deities, starting from the God of creation and all living things Brahma to the Goddess of wealth and purity Lakshmi. If you’ve gone to a Hindu temple, you’ll find that the worshipers pray to an array of different deities, depending on what they’re wishing for. Wait, what? How did a white man get himself a statue among Hindu gods? Well…

The statue is based on William Kellie-Smith, a Scottish entrepreneur 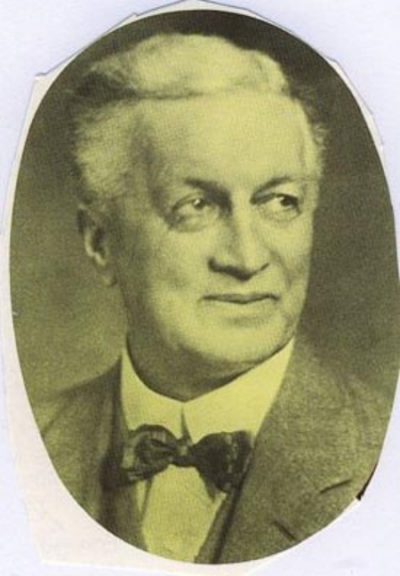 Back in 1870, William Kellie-Smith was born to a farming family in a small town in Scotland. Despite an allegedly poor background, Kellie-Smith grew up to become a civil engineer at the age of 20. And in a time and age with ample opportunities for young Englishmen to venture overseas, Kellie-Smith grasped at it and decided to expand his career in colonial Malaya in 1890.

Once he made it to Malaya, he became a government contractor when he joined the survey firm of another angmoh named Charles Alma Baker. At the time, Perak was considered to be the hotspot for tin mining and there were a lot of land applications for mining over there, so the Survey Department entered a contract with Baker’s firm to survey the land that was applied for.

In case you didn’t know, land surveying is basically a process that determine the features and boundaries of a land, so as to avoid unnecessary encroachment by strangers. And with so many applications for lands to mine, it probably comes to no surprise that British Malaya would need to set up boundaries to avoid future troubles. 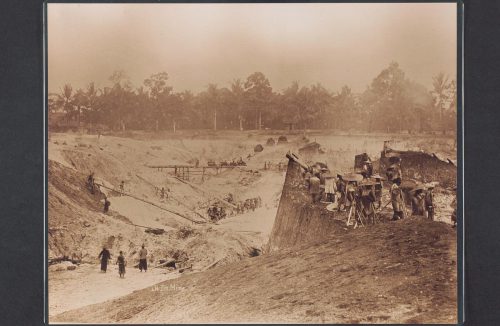 Kellie-Smith apparently did a lot of things while he was in Batu Gajah – he cleared forests and built roads and was even on the Kinta Valley Railway project at one point. Basically, his career in Malaya was filled with a lot of kaching-kaching.

With cash lining his pockets and the continuing rise of tin mining and rubber plantations, Kellie-Smith managed to acquire 3,000 acres of land at a very cheap price from the British Malaya administration and started add more bulk to his fortune by establishing rubber plantations and mining tin on his newly acquired land. He was said to have even dabbled in growing coffee beans at one point.

It’s safe to say Kellie-Smith made quite a fortune for himself while he was in British Malaya, and then…

He wanted to build a castle for his wife

Yes, in case you’re wondering, Kellie-Smith is the Kellie behind Kellie’s Castle. Image from The Island Drum

After he had come to British Malaya, Kellie-Smith seemed to have managed to stay single for 13 years, until he met another angmoh lady named Agnes during one of his travels in 1903. And, well, the two fell madly in love with one another and promptly got married. Together, they had two children, a daughter and a son.

For a couple of years, the Kellie-Smith brood lived on the grounds of the estate he acquired from the British Malaya administration. Initially, their house was a simple wooden bungalow, with a brick mansion extension that Kellie-Smith had added on later. However, Agnes apparently couldn’t endure the heat in the bungalow, often having to escape to the hills to get some cool air.

Find you a man like William Kellie-Smith. GIF from Tenor

In order to build the castle, Kellie-Smith imported 70 Indian workers and craftsmen to do the work. The castle was supposedly influenced by Moorish, Roman, and Tamil ideals, and he planned for there to be an elevator and a rooftop entertainment area to entertain guests. It would later be called Kellie’s Castle.

NAH, BACA:
Zunar sued the gomen and won RM18k! But can his win cover his losses? We asked him

However, as construction began, the Scotsman started to face financial issues. He apparently tried to venture into things like marble quarries and establishing distilleries, but all those things failed. In addition, his existing businesses in tin mining and rubber plantations were starting to dwindle, further deteriorating his relationship with the British Malaya administration.

Still, the family managed to get itself back up after selling two thirds of his estate and receiving Agnes’ inheritance money. And it was all well and good for awhile, until…

A pandemic came to buat kacau in British Malaya in 1918 We’ve actually written about the Spanish flu before, which you can read here. But, in short, the Spanish flu was also a pandemic that’s considered to be one of the deadliest outbreaks in human history that started out in 1918, where it infected about one third of the world’s population. In British Malaya itself, the Spanish flu killed approximately 40,000 of our population.

And a significant number of the workers on Kellie’s Castle were victims of the pandemic as well, including skilled masons, plasterers, and tilers. Due to the effects of the flu, the remaining workers seemed to be convinced that they needed protection from their Hindu Gods, so they made a request to Kellie-Smith to build a temple nearby.

And guess what, Kellie-Smith apparently approved the request. As such, a Hindu temple was built nearby the castle, which was still in progress. Not just that, the Indian workers were apparently so grateful to Kellie-Smith that they even built him a statue alongside the Hindu deities. 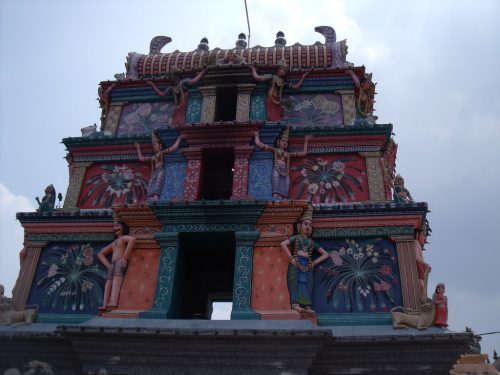 Still, despite Kellie-Smith’s dedication to build the castle for his wife, Kellie’s Castle was never completed to this day.

In 1926, on a trip to return to Scotland, Kellie-Smith stopped by Lisbon in Portugal, he unfortunately contracted pneumonia. Following that, Agnes promptly sold the estate and his companies to another British company in British Malaya, and the entire Kellie-Smith family returned to Scotland and never came back.

Subsequently, Kellie’s Castle was also left behind with no one to care for it. We don’t know for sure what even happened to the remaining Indian workers who were supposed to work on the castle’s construction. And now…

Kellie’s Castle may have become a haunted house 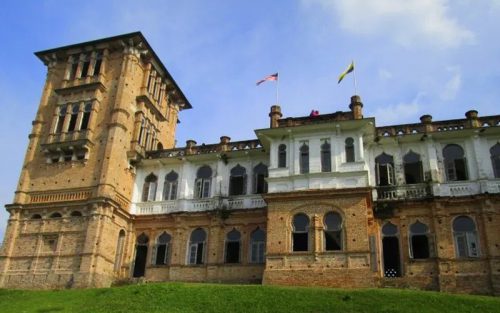 The incomplete castle. Image from FMT

It’s been a little over 100 years since Kellie’s Castle began construction and was left abandoned in Batu Gajah. Since then, the building has become a tourism hotspot – it’s far from complete, but at least there’s a building for people to visit.

However, apart from the love story and the difficulties that inspired the castle, there have also been some rumors that Kellie’s Castle is a haunted house – haunted by none other than Kellie-Smith himself. Some have reported that they saw ghosts in the windows. Some have claimed that they saw Kellie-Smith’s spirit wandering the second floor. Others have even said that there were tortured spirits of those murdered by the Japanese during the occupation. 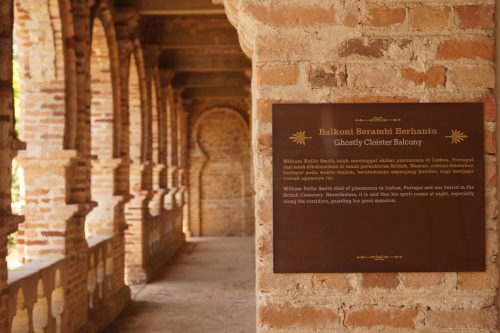 If it is true that Kellie-Smith’s haunting the castle, that’s actually pretty impressive, given that he passed away from pneumonia in Lisbon, which is really far away from where we are.

Regardless of the supposed ghost sightings, Kellie’s Castle remains a pretty outstanding piece of architecture on the Malaysian island. And if you pay a visit to the temple nearby it, which is now called the Sri Maha Mariamman Temple, you’ll find that his statue is still standing there, watching over you with the other Hindu deities.