If you’ve ever been cut off on the road by the typical Puchong driver, you may have wished for a device that could somehow tell that driver exactly what you think of their mother. And a lot of the time, it’s exactly these situations that become the mother of all invention… just that we never actually go around to making it.

And without further aduh, let’s start with one thing every Malaysian has experienced… No, we didn’t mistype umbrella vending machine. See, Bernard walked out of his last class one day to heavy rain and, as luck would have it, his car was in the open-air parking lot. This became a problem because Bernard could either wait for the rain to stop and get caught in the rush hour jam, get himself and his car interior drenched, or buy an umbrella. Then, just like in a Netflix movie, a complete stranger offered him an umbrella.

“I was stunned. I didn’t know this guy at all and he insisted on giving me his umbrella. It was pink by the way. I got to my car and put it in the back seat.”

Flash forward to another rainy day, Bernard was in his car and saw an old man getting drenched while waiting to cross the street.

“I rolled down my window and gave him the pink umbrella, like a pay-it-forward kind of thing. But I also realized that not having umbrellas is a common problem.”

One proposal later, Bernard was at Me.reka, where he had access to tools and advisors to help with technical problems and design suggestions. The result? Pinky the Umbrella Lending Machine – a device with a sliding rail that’ll allow you to take an umbrella after paying an RM10 deposit, which you’ll get back if you return the umbrella within 3 days. Bernard is adamant about not charging for the umbrellas – “You put in RM10, you get RM10 back” – because his goal was never to make money, plus…

“I did some research on other umbrella renting companies. Most of them went bankrupt haha”

For now though, Pinky will only be available at the Taylor’s Lakeside campus as a trial run, though he has plans to expand Pinky’s reach to different locations once he’s sure that other people find his creation useful.

By the time he’d entered college, Jizen was already juggling two major commitments – education and representing Malaysia as a national fencer. And while studying PR and Marketing, he decided to take on a third: Jizen can work out tanpa was-was

After many near falls from loose shoelaces, Jizen came up with the idea of making no-tie shoelaces. The problem was that….he didn’t know how to make them and Me.reka Makerspace wasn’t a thing at the time.

Jizen tells us that he went with his dad to a factory and were floored to learn that the mould itself would cost RM30,000. This means that his design had to be perfect. Even with 3D printing, it still cost him RM200 every time he tweaked the prototype.

“If I can’t even make one test sample, how am I gonna mass produce it, right? It was kinda stupid.”

But eventually, Nexlace was born, and this was when fit really hit the shan. He put any extra time he had into marketing Nexlace out to schools, gyms, and personal contacts. The low point came when a friend sent him a picture of one of the promo posters he left with a local gym:

“[It was a photo] of my poster used as a lapik meja for other products that they were selling. And I was like, oh crap, that hurts.”

This started a spiral of insecurity over the quality of his product, and panic attacks over the unsold stock he still had. Eventually, he had to take a step back from Nexlace. It wasn’t until a year later, in class, that he hit a eureka moment: The product wasn’t bad – people just didn’t know how to use it.

“I tried out the business model that I just learnt. And so I relaunched in Shopee. No physical distribution, only online. I improved the instruction manual.”

It sold a lot better than he expected AND people seem to like it as Nexlace holds a 4.9 star rating the last time we checked. Jizen also consulted Bizpod, Taylor’s startup incubator, on his business model; which led to him connecting with Bernard (Pinky’s inventor). Since then, they’ve been putting their heart and sole into figuring a way to to laser-print logos on the laces. Li Jie with part of his medicine box

Over the course of his Masters degree, Li Jie has visited over 20 elderly care centers (or what you might call old folk’s homes) in different states across Malaysia. Originally from China, Li Jie has been working with Dr. Goh Wei Wei from Taylor’s School of Computer Science and Engineering to find problems faced by the elderly and ways to fix them.

Although this was memang as part of his Master’s degree, it was also something that he did for deeply personal reasons:

“I was raised by my grandparents for the past 20 years. After I left home to study in Malaysia, I only got to visit once a year. I could tell they were getting more fragile and weaker every time I see them.

In 2017 my grandmother passed away, and I felt really bad because I could not do anything to help the people that I care about…”

Over the course of their visits, the team realized that many homes had a problem with medication – they’re usually kept in regular wooden closets with minimal SOP, and refilled by relatives. Essentially, it means that there’s a high chance that medicines might get mixed up, go missing, or run out if relatives forget. Making things worse, the pandemic also caused a serious labor shortage since most caregivers are foreign, and new workers have to be retrained – and of course it’s harder for people to pop in to refill prescriptions due to SOP lah. They found medicine cabinets messier than the Cilisos office

Their solution? A medical dispensing box and a refilling drone. Basically, Li Jie made a medical storage cabinet which only unlocks for that patient when it’s time for their medicine. On the other hand, the drone would be used to pick up medication from pharmacies. The secret sos making all of this work is the software system that Li Jie designed to track medication times, send notifications, and alert caretakers when supply is low. Caretakers can then use the same system to send e-prescriptions to linked pharmacies, and the drone is automatically dispatched.

While Li Jie doesn’t have trouble building digital frameworks, physical ones are a different issue altogether. He tells us how other students in the Makerspace workshop guided him through the tools and techniques.

“I followed [their] advice and it only took 2 weeks to complete the medicine box frame. I still remember the day. I was like, I can see the future. Hahah.”

While the drone part may be a little tricky as they’ll have to get the Ministry of Health and other authorities to greenlight medicine collection by drone, the dispensing box is in the ‘can-use-once-we’ve-finalized-testing’ phase.

So yes, this is like Kemahiran Hidup, but on steroids 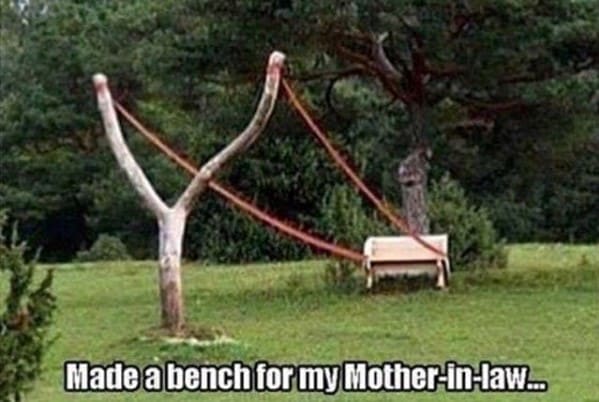 Aside from how all their inventions started with something bad that happened to them, the other common trait we noticed after talking to Bernard, Jizen, and Li Jie is that they went ahead with making them without actually knowing how.

While Bizpod and Makerspace are available within the Taylor’sphere community to provide tools and guidance for student innovators, it’s arguable that the more important element was the drive to make quality of life improvements for the people around them. In fact some of the other projects being worked on include the DuckiePad (a DIY tablet for B40 families), and an alert device to detect falls and heart attacks for the elderly.

So if you ever find yourself sliding a borrowed umbrella out of a machine during a rainy day, just know it came from a kind stranger with a specific taste in umbrella colors.