When anyone mentions GPS, what pops up to your mind? Waze? Google Maps??

Similar to how drivers would use GPS to navigate their way to their destination, local fishermen use GPS to locate fish! Just recently, the Ministry of Agriculture and Agro-based Industry (MOA) announced that it will be introducing new fishing boats with this technology for this very purpose! Thanks to the satellite technology, fishermen may be able to save so much diesel for their boats by fishing efficiently.

You can try this too… but we don’t encourage it la. Gif from Gifer

MOA’s Deputy Minister, Sim Tze Tzin, mentioned that Australian fishermen bought and used these boats. Heck, they’re planning to buy more boats in the future! However, Sim also added that unlike the Aussies, local fishermen weren’t really using the boat or the system that is equipped in the boat. But why?

Before we answer that question, let’s just start with what this system is. The National Fishermen’s Association of Malaysia (NEKMAT) told us that the system used is called the Fishing Sites Identification system (FSI). But chup…

How da heck does a GPS find fish?? Is this a real fish or just a stretched panoramic image of the fish?? Img from Mind Blogger’s YouTube

Erm, not really. Satellite actually cannot provide with an exact image of fish la. So, how does FSI provide fishermen with the location of fish? Is the bomoh king behind this system??

Well, although satellite cannot provide images of the fish, FSI, which was developed by NEKMAT, the Department of Fisheries Malaysia (DOF) and the Remote Sensing Agency Malaysia (ARSM), can actually provide other information such as chlorophyll and the temperature of sea surface data. ARSM actually analyses these data before producing information on several potential fishing zones to fishermen. But why specifically these two data tho?

That’s because chlorophyll data basically shows where the ocean plants are growing aka fish’s food. So if there’s a high concentration of chlorophyll in an area, that could possibly mean more fish! And sea surface temperature data, on the contrary, is used because the temperature influences the activity of fish such as reproduction, feeding and movement in the sea. Normally this data is helpful to locate fish that swims to the surface of the sea cos easier to catch mah.

“One of the advantage of FSI is to help identify the location with high density of fish based on the biophysical parameter and marine physical through oceanographic satellite images.” – Muhd Azran Muhd Zuki, ARSM researcher told Utusan. Translated from BM. The information fishermen receive via FSI are pretty accurate. Spot the fish! Img from Utusan

Fishermen can receive these information via SMS or through FSI’s website when they log into their online accounts. And after the system received positive feedback from the fishermen, ARSM decided to introduce an app for this system called the MyFSI. This app not only has information of the location of fish but also information on the daily weather and condition of the sea with the help from the Meteorology Department Malaysia. Wah, so canggih!

In fact, it was reported that the system is more efficient than GPS and sonar system, which is normally used to find fish.

But we’re not the first to use this system. This technology has been used in other countries too like Japan, the US, Spain and India. Fishermen in India, for instance, would receive a voicemail every evening that provides them with tips on where they should cast their nets the following day.

“The one time I didn’t heed the advice, I ended up losing money.” – Palani Manickaswamy, a fisherman in India, told Bloomberg. A fisherman in India showing the system that they use. Img from Bloomberg

Earlier we mentioned that a lot of fishermen don’t really use the boats with this technology… or FSI itself. As a matter of fact…

Only 20% of registered fishermen are using this system!

As of last year, 1,200 registered fishermen are equipped with this system for FREE. But even so it was reported that 20% of them are actually using this system! Director of the Southeast Marine Source Institute, Raja Bidin Raja Hassan, mentioned that most of these fishermen opt for a more traditional approach in catching fish.

“Fishermen may not need to use the traditional method (to fish) which is by using fishing cord to catch fish when they use this system.” – Raja Bidin told Bernama.

Aside from that, this system was also initially introduced to a specific kind of fishermen: the deep sea fishermen. But before we go deeper, let’s just clarify that there are two categories of fishermen in Malaysia.

There are fishermen who go for deep sea fishing and those who go for coastal fishing. The differences between these two types of fishermen are the areas where they fish besides the equipment and boats they use.

How likely will this system on these new boats benefit the fishermen?

We mentioned in the intro that Australia fishermen bought and used the boats that are equipped with FSI. One of the fishermen, Bob Instey, claimed that the boats he bought are very good.

As a matter of fact, it was reported that FSI may be able to reduce the operational cost of fishing and help the country to depend less on imported fish. This is because there was reportedly an increase in catches of fish by 24%. Azran of ARSM claimed that this system can pretty much benefit 30,000 fishermen financially. And it’s not just our country that reap this kind of benefit. A similar system used in India has boosted India’s fish exports sales… by FOUR times (up to $5.6bil from 2004 to 2014)!

However, although fishermen were supposedly making more money than before due to FSI, many local fishermen are still living in poverty. The govt has been helping the fishermen by providing them with subsidies like the diesel subsidy, entrepreneurship training program and other incentives including FSI. MOA admitted that despite the govt providing the facility, most fishermen are still categorised under the B40 group and earn an average of RM2,100 a month. 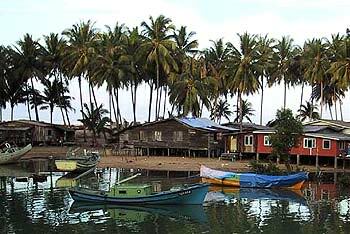