[This article was originally written March 29 – an update to the article can be found below.]

In recent news, while things like the ‘flying car’ may have made some headlines, you might have missed the controversy surrounding our govt signing something called the Rome Statute of the International Criminal Court.

This treaty, better known simply as the Rome Statute, makes Malaysia the 122nd country in the world to have signed onto the treaty – meaning to say it’s not just some random agreement between nations, but rather a major piece of international relations. 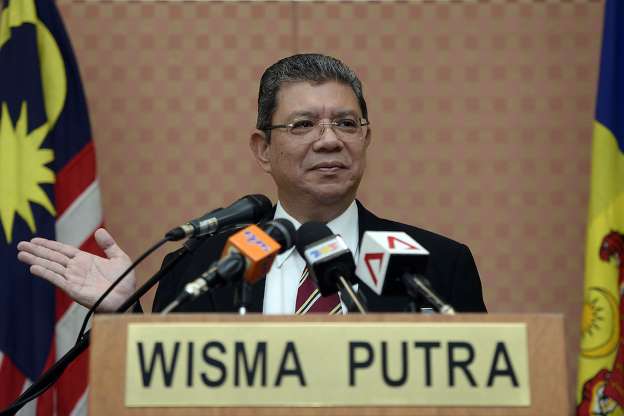 However, despite the prospect of fostering good relations with the other two thirds of the world who have signed the treaty, not everyone in Malaysia is pleased with the Foreign Ministry’s decision to do so. One of the most vocal critics so far has been Johor’s Sultan Ibrahim Iskandar, who had this to say about it:

“The action of the federal government to ratify ICERD and signed the Rome Statute is an action that is contradictory to the Federal Constitution because it touches on the power of the rulers and the special status of the Malays as well as the sanctity of Islam in the country,” – Sultan Ibrahim Iskandar, as quoted by Malay Mail

But before we go on about further about why it’s becoming so controversial, it’s perhaps a good thing to first ask: what on earth is the Rome Statute anyway?

It’s the international courthouse for crimes against humanity

You can read more about the ICC’s job over at AskLegal, but basically any signatory to the Rome Statute can be investigated by the ICC. With Malaysia now having signed the Rome Statute, this means that if a Malaysian citizen commits any of the four major crimes covered by the ICC, the court would have jurisdiction over it. Alternatively, if one of the four major crimes were to be committed in Malaysian territory, it could also spark an ICC investigation into whoever did it while in Malaysia.

We don’t think Phoenix Wright works at the ICC tho.

And just like most courthouses, it can also dish out punishments to those that they find guilty. There’s literally just two types of punishments that the ICC can hand out

They could also add on some extra penalties on top of the prison time, in the form of either fines or having your stuff seized by the authorities. As for where you’re serving your time, the ICC has a special detention center in the Netherlands for those who have been charged but not yet formally convicted. If they were to be found guilty they would then be transferred to a prison outside the Netherlands, usually depending on the agreement between the ICC and the country involved. Also, the ICC’s cells are nicer than most rooms available for rent in PJ in case you’re interested. A standard cell in the ICC Detention Center. Image from Medium

So now that you know what the Rome Statute’s all about, it’s perhaps time to ask again: why is Malaysia signing it becoming so controversial?

No one is immune from the Rome Statute, and that has irked the Johor royalty

Now if you actually read the full Rome Statute document, you’d find that Article 27 mentions that anyone’s immunities or special procedural attached to a person, be it from national or international law, are pretty much thrown out of the window when it comes to the ICC’s jurisdiction.

This rubbed several civil groups the wrong way, who protested the govt’s signing of the Rome Statute by handing over a memorandum to the Johor Sultan Ibrahim Iskandar highlighting the issue.

“The provisions of the statute are considered a threat to the position of the Malay Rulers, in particular, the Yang di-Pertuan Agong in contravention of the provisions under the Federal Constitution,” – Sultan Ibrahim on Facebook, as translated by Malay Mail The concern appears to be that with the Rome Statute signed, it may now impede on the immunity of the Malay royalty, the position of Islam and the special position of the Malays here. Like, normally the Yang di-Pertuan Agong cannot be subjected to Malaysian courts due to royal immunity, but with the ICC not caring for immunity, this might mean that the monarch could be subject to the ICC’s jurisdiction. In fact, a lot of their disagreements with the Rome Statute allegedly come following advice from a group of academics who are against the treaty themselves too.

Not only that, but the Johor Crown Prince Tunku Ismail also asserted that the govt failed to consult with the conference of rulers, undermining them as a result. Opposition MPs have even brought this up in the Dewan Rakyat too, claiming the govt’s move was unconstitutional.

“The Rome Statute of the ICC was created by the United Nations. Who benefits from it? Only a handful of superpowers…. This is not good for the Rulers, Malays and Islam. Without you realising, we Malays, are making it easier to fall into their trap and agenda. This is the price we pay for wanting to be too liberal. Always uphold Islam,” – Tunku Ismail Sultan Ibrahim, as quoted by Malaysiakini

I was told by His Majesty DYMM Tuanku that the Rulers were never consulted. If this was the case, you have undermined the Majlis Raja-Raja. (Please read) pic.twitter.com/pTImfmLl9f

The Foreign Ministry tho has defended the move, pointing out that they had presented the issue to the Yang di-Pertuan Agong already. They’ve also assured that the position of the royalty will not be affected by the Rome Statute, issuing a statement saying:

“Prior to joining the Rome Statute, the government had conducted an in-depth study on various aspects. The government is confident that the decision will not affect the Yang di-Pertuan Agong’s position and immunity,” – Wisma Putra, as quoted by Malaysiakini

The govt would further clarify that the immunity of the Agong is intact – Article 40 of the Federal Constitution states that the Agong shall act in accordance with the Prime Minister’s advice. Besides, the Foreign Ministry also added that there are plenty of other countries with monarchs who have also signed the Rome Statute without too much concern, such as the United Kingdom, Spain, Sweden, Jordan and Japan.

But right, even if laa we really end up regretting signing the Rome Statute, still probably got no need to worry yet, cause….

Growing up, you might have heard the advice that in order to avoid a whole lotta trouble in the future, the best thing to do is to pull out. And that same piece of advice may actually be useful for the govt in the event the Rome Statute comes back to bite us.

If you actually go thru the whole Rome Statute document (maybe you were bored?), you’d find that Article 127 lets any nation withdraw from the ICC. Assuming y’all got no ongoing trial with the ICC, if your country decides to pull out, all it has to do is say so and in 12 months you’re out of the Rome Statute. And in fact, one of our own ASEAN neighbours has already done so.

Almost exactly a year ago, the ICC was deciding whether to investigate the Philippines’ President Rodrigo Duterte regarding his brutal war against drugs. But Duterte wasn’t happy with the ICC meddling with his govt, soooo he announced that the Philippines would be withdrawing from the ICC. And as of March 2019, they’re officially out. Anime representation of the Philippines-ICC dispute.

Pinoy politics aside, this kinda serves as proof that if in the future we end up having significant grievances with the Rome Statute, the ability to withdraw Malaysia from the ICC is seemingly on the table as a possible trump card. As such, the govt’s decision to sign the Rome Statute may still be undone anytime in the future. But of course, whether or not they’ll actually do so, remains to be seen.

[UPDATE 5 April 2019]: Well looks like Mahathir and co might have heard of Duterte’s antics. During a press conference in Putrajaya, the Prime Minister announced that Malaysia will be withdrawing from the Rome Statute of the International Criminal Court, barely a month after they had signed it.

“We withdraw the signature because people are easily misled on emotional feelings,” – Dr Mahathir, as quoted from Malaysiakini

[UPDATE 16 May 2019]: Aaaaaaaaaaaaand we’re out. It’s been reported today that the United Nations has acknowledged our withdrawal from the Rome Statute.

“The notification received from the Minister of Foreign Affairs of Malaysia reads as follows: ‘… the government of Malaysia has decided to withdraw its instrument of accession to the Rome Statute of the International Criminal Court on April 5, 2019. Malaysia is rescinding its letter of accession and that this withdrawal should take effect immediately.

Notwithstanding the above, Malaysia remains committed to the rule of law and to bring to justice the perpetrators of genocide, crimes against humanity, war crimes; and crime of aggression,” – United Nations, as quoted by Malaysiakini