A couple weeks back, a guy named Ross Ariffin dropped by our office for some un-CILISOS related stuff, but after meeting him we found him so interesting that we decided to write an article about him. Because even though you may not have heard OF Ross Ariffin, you would definitely have HEARD Ross Ariffin.

Even if you aren’t into the local Malay-language music scene, there’s a pretty high chance you would have heard of Siti Nurhaliza, Fauziah Latiff, and Ning Baizura. Odds are also pretty good that you’d find songs such as Fauziah Latiff’s Dia pretty familiar sounding since it’s one of those evergreen songs that’s still being played on the radio today: 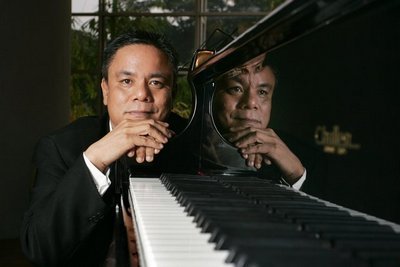 Ross looking all snazzy in front of a grand piano.

That music that draws you in just before Fauziah starts singing? Well, Ross wrote that.

In fact, Ross has won a number of awards for his work, including the 1996 Anugerah Industri Muzik (AIM) for best pop album as a co-producer in Aishah’s Wajah album. And all this without speaking BM well. Impossibru!

“English is my mother tongue. I’m not very good at speaking Malay, but I understand the lyrics.” – Ross Ariffin

It’s because Ross writes the music  used in songs, not the lyrics. Sorry for the clickbait. #ihatecilisos

But before you close the tab, you may wonder… why the heck is CILISOS writing about him? Well for starters…

He doesn’t know if he’s ACTUALLY  Malay or not! Yeah THAT is a massive mind-explosm, because logically you’d think that someone should be very in touch with Malay culture in order to hit the right notes (heheh) with a Malay audience, right? Well it’s the quite the opposite – in fact, he kinda says so himself:

“If you’ve just met me, you’d notice pretty fast that I’m not your typical Malay” – Ross

Yep, although Ross was raised in a Malay-Muslim family, he isn’t too sure if he’s ethnically Malay because he was adopted while he was still a baby. He’s tried to find out more about his background, but it proved to be a pretty impossible task since adoption databases were virtually non-existent back in the 60’s, and his parents didn’t know the details either. But it’s not just a matter of race, because Ross says that he didn’t exactly grow up in a typical 1960’s Malay household either – his mother’s a white lady from England while his father was a Malay police officer – already an uncommon sight back in the day.

But not just that, his dad’s views were also very progressive for the time:

Ross also tells us that he spent his first few schooling years at the prestigious Alice Smith School since his mother was the Deputy Principal there at the time. In fact, if you were to look at Alice Smith’s list of inspiring alumni he’s listed on it, right after Tony Fernandes (of Air Asia fame) and Nazir Razak (of CIMB and PM Najib’s brother fame): Well, until his father was transferred to England la.

“After he left the police service, he was then sent by the government to London as an official. Of course, I had to follow… he wasn’t going to leave me behind! :lol:”

So at 11 years old, a young Ross set sail for Jolly Ol’ England, where he was (for reasons we’ll cover below) eventually awarded a scholarship at the Redbridge Music School.

So how does a guy who seems so Orang Puteh manage a breakthrough in the Malaysian (and particularly Malay) market?

Turns out, he’s a musical prodigy… and one who sells, too From a very young age, Ross was able to replicate music that he heard on the piano, something he later found out was due to him being Pitch Perfect. As in not the movie, but the rare ability to recognize music notes just by listening to them. As to how he writes his music, Ross says that he just “hears it in his head”

“It’s all brainwork, and I’m calculating as I go along… which note to play, where to slow down, etc. If the tune stays in my head for more than two weeks, I’ll record it because it’ll most likely be marketable.”

And…. science kinda agrees with that statement, because research has shown that pitch perfect people process sound at crazy levels compared to regular people! But what it doesn’t explain, however, is why Ross’s music appeals so much to the Malay community. This one, he doesn’t have a definite answer.

“I can’t explain it. Maybe it’s luck, maybe it’s inspiration from Above. But I like to think it’s always the melody… it’s a melody that Malays can connect with.”

So yea, there are some things that are just unexplainable, like why cats are so cute, or why some people keep saying ‘anything la’ after rejecting the past 23,892 restaurant suggestions. 🙄

Speaking about unexplainable stuff, y’know how you get goosebumps when you hear good music? Well take a look at this. The day before our interview, Ross decided to arrange for an impromptu “concert” at a nearby music studio.

Here’s one of him playing a medley of some of his popular hits – click on the links for the album versions, and we’ve listed the timestamps for when each song starts (Thanks 2 CILISOS reader Hajar for the suggestion!).

His music isn’t only well-received by local ears, but international ones as well because… Not so extreme la. Image from Zimbio.

Well, you might say that Ross’s music career is literally taking him places. From his student days being one of the few chosen to play at the Aldeburgh Festival‘s Youth Orchestra, he’s also:

So yea, Ross has been to more countries than most of us have seen postcards of.

Even when he’s not creating music, he’s producing it… he’s been a co-producer on several albums, most notably Siti Nurhaliza’s 1999 release Pancawarna.

“Siti Nurhaliza is one of the best performers I’ve worked with. It only takes her 30-45 minutes to record a song when most singers take 1 – 2 hours.” 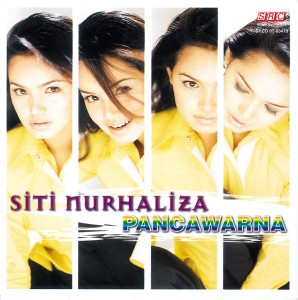 This album. Click to watch the song that Ross wrote!

While Ross has been quiet on the commercial side of things nowadays, he’s still performing and composing songs for charities. In fact, during our impromptu concert he took the opportunity to record a sample for PERTIWI‘s official theme song – which we’ve been told was accepted 🙂

At the end of the day, Malaysia is still home 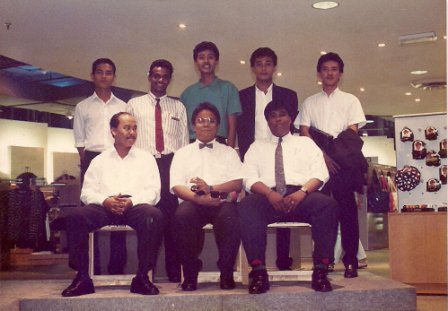 Ross seated in the middle with his band.

Despite spending so much time out of the country, Ross has always considered Malaysia home. However, it’s probably because of this that he couldn’t help but express some disappointment with the way things are going – whether socially:

“I’ve always considered myself a Malaysian first and a Malay second, but Malaysia today isn’t like in the 80’s [when he came back] and 90’s. We’re slowly regressing into a segregated community. What happened? Why is it always race first and Malaysian second now?”

“Quite frankly, the Malaysian music industry seems to have lost its originality. Try to stay away from mimicking the western style too much. You have to keep up with change, but don’t mimic and lose your identity. Be a Malaysian first.“

So perhaps the answer to why Ross’s music has connected so well with local listeners isn’t because of his sound-sensitive brain or fancy western training; but simply because it comes from a very Malaysian heart  🙂

Uhm… just to counter the cheesiness of the previous paragraph, we’ll end this article with Ross improvising a horror movie soundtrack: