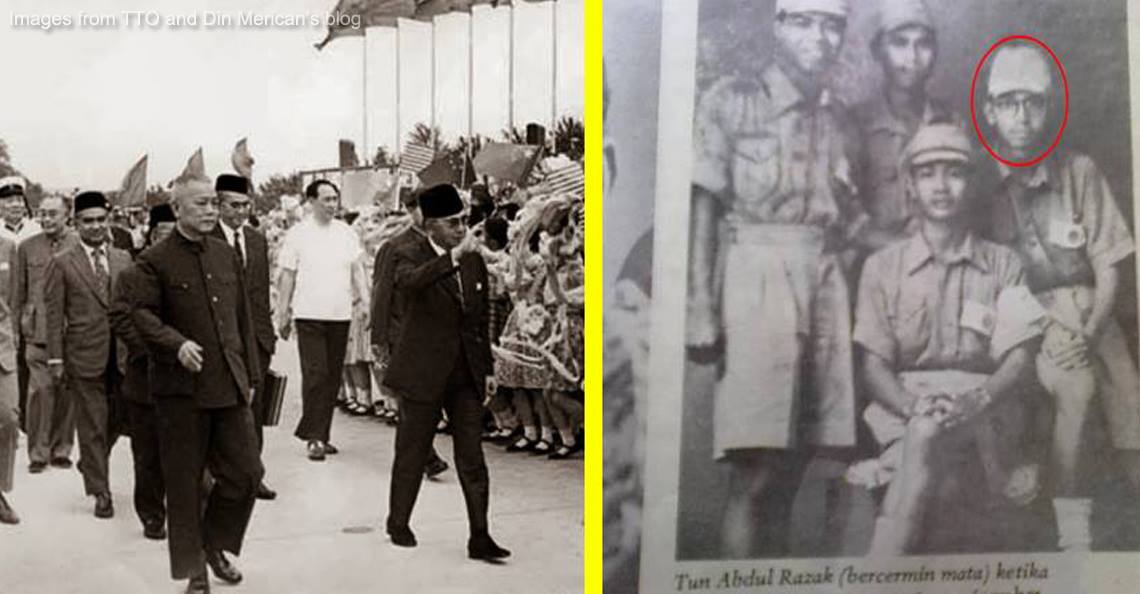 [This article was initially written by Soscili. Click here to read.]

Recently, the opening ceremony of the Japanese ‘Warrior’ Monument in Alor Setar, Kedah caused quite a stir among Malaysians. It was organized by the Consulate of Japan from Penang, the Malaysian Historical Society (Kedah Branch) and Kedah State Museum. The Kedah government did apologize, and state that the printing company that printed the event banners and information boards mistranslated the information given by the Consulate of Japan.

But the event was seen in a bad light because people felt like there shouldn’t be a memorial to commemorate the previous enemies. Even the Kedah MCA youth put up their own banners as a sign of protest around the memorial. 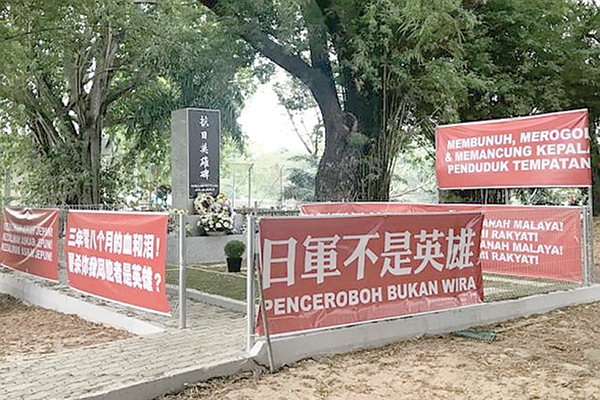 Kedah MCA youth put up banners as a sign of protest at the monument. Image from Daily Express

So given the uproar in opinions by many unhappy netizens, our previous PM Najib Razak jumped on the bandwagon and voiced his own opinion on his Facebook page. He had commented on the issue regarding the people that were trying to link Barisan Nasional with the Japanese memorial monument and said that this monument existed since the Japanese times. Then, he tried to tai-chi the spotlight to Pakatan Harapan saying something along the lines of ‘this mix-up shouldn’t be happening’.

But, what surprised us was …

For those who have forgotten, Tun Abdul Razak was the father of Najib Razak. This was why people were associating his posts regarding the Japanese monument with Tun Abdul Razak because there’s a picture of him wearing a Japanese army uniform. Did he join the army willingly, or was he forced to join? Here’s the story … 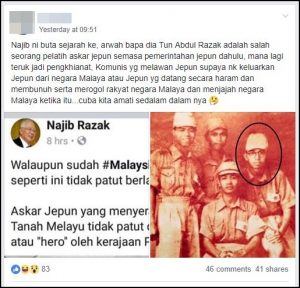 This is one of the FB user’s comment on the issue of Tun Abdul Razak in a Japanese uniform. Image from Facebook

Tun Abdul Razak was allegedly wrongfully accused of joining the Japanese army because he wore a Japanese army uniform (and no, he wasn’t cosplaying). But that was not the case lah because what he apparently did for the country was quite heroic.

Before the war, he served under Malay Administrative Service (MAS) in 1939, which is the basis of the civil service we have today. Because of his involvement in MAS, he was awarded a scholarship to continue his studies at Raffles College (now the National University of Singapore) in 1940 but he was forced to return to Kuantan in 1941 when the war broke out and disrupted his studies. Tun Abdul Razak as how we remember him. Image from DinMerican

When Japan colonized Malaya, they made a decision to call back all the civil servants who had served during the British times. This was done to make things easy for the Japanese when it came to their administrative work, because most of the Japanese soldiers couldn’t speak Malay or understand Malay properly.

The Japanese tried many ways to spread their influence in Malaysia to mould Malaysians into one of them, such as introducing their way of life, culture, and language. One of the policies they introduced was the ‘seishin’ practice. This practice was a rough military training that had to be taken by the civil servants in Malaysia at that time. Tun Abdul Razak wearing a Japanese uniform when he joined the Japanese army. Image from maemahi.blogspot.com

On the other hand, a number of local Malays formed resistance groups and carried out guerrilla warfare against the Japanese. So when the Pahang volunteer army (Pahang Wataniah) was founded to go against the Japanese rule, Tun Abdul Razak was among the first 250 volunteer soldiers to be recruited in Batu Malim, Raub. Since he was working under the Japanese as a civil servant from the start, it gave him the opportunity to go undercover and become a spy. Being involved in the Japanese civil service at that length, gave him the upper hand when he started giving insider information to the Pahang volunteer soldiers.

NAH, BACA:
Wow. Najib officially answers his critics on Najibrazak.com. But did he reveal too much?

In a time like this, having connections was most important. Tun Razak’s job was to provide information to the Pahang volunteer army which apparently included information on military movements, administrative information, and military intelligence. The knowledge they gained gave them ideas for sabotage and helped plan effective attacks on the Japanese army.

Since the Pahang volunteer army were allegedly very accurate in their attacks, the Japanese started getting suspicious and believed that there was a traitor among them. The Pahang volunteer army were apparently so great that they caught the eyes of a British intelligence organization called Force 136. At the time, they didn’t think much of a Malay army because most of the Malays were pro-Japanese since the Japanese promised independence to win support. The highlight of getting insider info was when Yeop Mahidin commanded 20 volunteer youth troops to raid a Japanese military convoy that caused the deaths of  30 to 40 Japanese soldiers and destroyed more than 41 military vehicles. The success of this attack can seemingly be linked to Tun Abdul Razak’s role as an informant.

Coming back to the Japanese memorial in Kedah, the State Tourism Committee chairman Mohd Asmirul Anuar Aris, voiced his opinion regarding this situation and also apologised to Malaysians on behalf of Kedah History Society but he said …

“The old monument was here for a long time. They only made it look good again. It is history. Whatever had happened, happened.” – Mohd Asmirul, 26 March, Asia One

He also said that if this monument gets teared down then other monuments like the A’ Famosa should be torn down too because even if we don’t remember what the Portuguese did, they still conquered Malaysia like the Japanese.

Here’s the thing, there are other countries that have taken down their historical monuments because of protests. For example, in America, they’ve taken down a number of Confederate monuments because of the dark past associated with them. A similar situation happened in Ukraine where they removed around a 1000 Vladimir Lenin statues after they ousted their pro-Russian president in 2014. A protest in Memphis, USA surrounding a statue of a Confederate general in 2017. Image from Business Insider

Which means that situations like these aren’t exactly new and there are ongoing discussions on whether its reasonable to take down historical monuments because things like this are still in a grey area. There’s a thin line between honoring history and remembering it, but if we don’t at least remember it, then we might be doomed to repeat it.