Possibly the most grisly punishment in our judicial system (besides hanging, of course), the fearsome rotan (caning/whipping) punishment is administered for what our law recognizes as more serious crimes, such as rape, drug trafficking, or ‘unnatural sexual behavior, such as, um, bonking a goat. Even some illegal migrants are sentenced to caning.

And the caning is no joke; just take a look, if you’ve got the stomach for it:

Pretty brutal stuff, but despite its extremely graphic nature, the rotan punishment remains shrouded in mystery for most members of the public. Unless you know someone who’s gone through it or witnessed it, it’s difficult to learn more about it. So we thought we’d look up the procedures and background for prison caning, and try and debunk some myths people have on the punishment. Prepare your backsides, this is gonna be one heck of a ride.

Myth #1: They attach thorns/barbs to the end of the cane and make you sit on salt afterward

Reality: There are different types of cane for different offences, but no thorns or salt involved

Before you go ‘phew, guess it isn’t so bad after all’, just remember that a standard prison cane doesn’t need thorns to cut, as the video in the intro clearly showed. 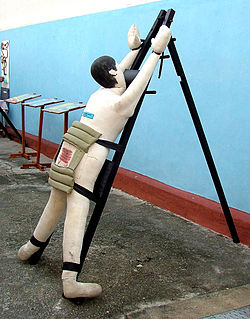 Get rekt. Image from: Wikipedia

Apparently one of our writers was told about the thorns and the salt when the Jabatan Penjara (Prison Department) made a visit to her school for an exhibition. Why did they tell her this? Honestly, we have no clue. But based on everything we’ve read, seen, and heard, as far as we know, no, the authorities do not attach thorns to the cane, nor do they make the inmate sit on salt afterward. In fact, every medical measure is taken to reduce harm as much as possible beyond what is absolutely necessary by law (see CPC S. 290 and Prison Act 1995 Rule 134).

However, there are different diameters of cane for different offenses, varying according to severity of the offense. Offenses related to misappropriation of funds or criminal breach of trust are punished with a ‘light rattan’, while the real thicc big boi (not exceeding 1.25 cm in diameter) is reserved for more severe offenses such as rape and drug trafficking. The light canes (back row) and the thicker ‘criminal’ canes (front row). Image from: Wikipedia

Which of course, leads nicely into our next myth…

Myth #2: Anyone and everyone can be sentenced to caning

Reality: Certain groups of people are exempted from caning

Yes, they say no two criminals are the same, and when it comes to caning, our law does recognize some criminals as being ‘more equal than others’. According to the Criminal Procedural Code S. 289, the groups exempted from caning are: 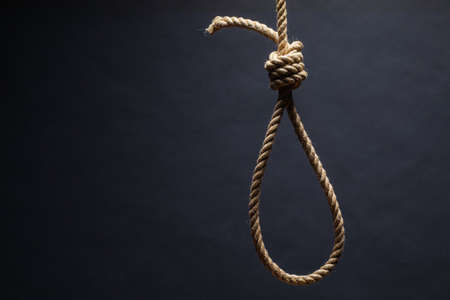 Yes, convicted murderers are not caned. Then again, they’re already losing their lives; what more can you do to them? Image from: Bernama Twitter account

Which leaves the question: can youthful offenders (aged 10-16) be sentenced to caning? Well, the answer is yes, but only with a light cane and not exceeding 10 strokes (as per CPC S. 288).

Myth #3: The method of caning in Malaysian civil law is prescribed in Islam

Reality: Syariah caning is much gentler; the civil version is a British thing

Yep, that caning video you just watched in the intro? That has nothing to do with Islam.

Following the formation of the Straits Settlements (Singapore, Malacca, Penang) in 1826, English criminal law came into use, with the Straits Settlement Penal Code Ordinance IV replacing the then-common law in 1871. These new laws prescribed whipping for offenses such as robbery, aggravated theft, house breaking, assault with intent to outrage modesty, rape (second charge and above), or being involved in prostitution. And yes, these ‘whipping offenses’ were roughly similar to England’s and Wales’ at the time. “Thou hast outraged my modesty, sir.” Image from: Encyclopedia Britannica

Back in those days, the instrument used for whipping was either a cat-o’-nine-tails (shown in the image above) or a rotan, and it was done on the buttocks.

“The plot is not an architect’s whim. It has its uses. Sometimes its walls resound with the dull, heavy sound of the lash and with the screams of prisoners. […] Since [the 1890s] this plot has been used for floggings and hangings.” – R.H. Bruce Lockhard on his tour of a Singaporean jail, Return to Malaya, Putnam, London, 1936

Interestingly, the Islamic Syariah version of the caning punishment is far milder than the prison one, with the intent more to humiliate than to injure. Unlike the civil version, syariah caning requires that:

Typically prescribed for adulterers, false accusations of adultery, or consuming alcohol, this method of punishment can be seen (albeit rarely) in places where Syariah (Hudud) law is strictly enforced. Here’s the Prison Department doing a demonstration of what it should look like:

In Malaysia, the Syariah version of whipping became a subject of controversy following the conviction of model Kartika Sari Dewi Shukarnor for consuming alcohol in 2008. She was later pardoned by the Sultan of Pahang.

But let’s be honest, if given a choice between the two methods, we know which one we’d pick: the second one. Cos, y’know, we’d still like to sit at our desks for work the next day #ihatecilisos

Myth #4: You can go through caning in ‘instalments’

Reality: It’s one shot to the end… jalan terus!

No, getting caned is not like paying for your car; it’s either full in cash, or not at all, according to the Prison Act 1995 Rule 132. 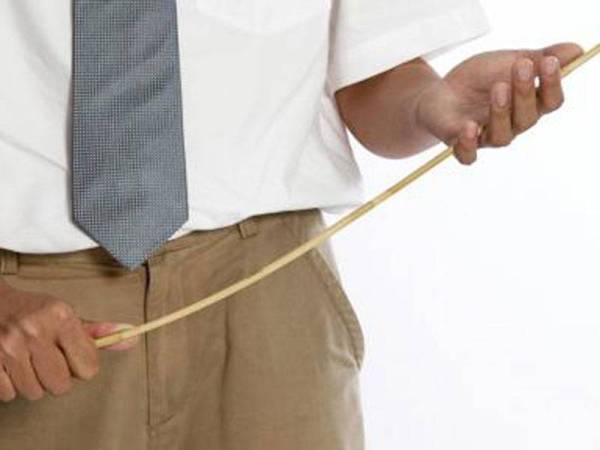 However, fortunately for the convicts, there are still limits to this rule: no matter the charge, or how many charges, the combined number of strokes may not exceed 24 strokes, as per the CPC S. 288 (5). Also, as mentioned earlier, the authorities do still care about the wellbeing of the convict (caning notwithstanding), and a Medical Officer may call off the punishment at any time should they feel the convict’s health is in danger.

Perhaps one thing we can all agree on is that the whipping punishment is naaaasty. There’s a really good reason that the video in the intro was flagged as inappropriate for some users. And it doesn’t matter how tough you are, that’s gotta hurt like heck.

Which is why several parties, including Amnesty International and the Malaysian Bar have called for the Malaysian government to end the practice:

“Under international law, judicial corporal punishment such as caning constitutes torture or other ill-treatment, which are absolutely prohibited in all circumstances.” – Amnesty International

“We stand unequivocally and unreservedly against all forms of corporal punishment, including caning or whipping, in accordance with the United Nations Convention against Torture and Other Cruel, Inhuman or Degrading Treatment or Punishment (UNCAT).” – Malaysian Bar In 2020, an appeals court overturned a caning sentence for some Rohingya nationals, affirming their protected status as refugees. Image from: Amnesty

With corporal punishment being seen as being largely ‘outdated and ineffective’, some say it is ‘little more than a government trying to brutalize its way out of a drug problem’. On the other hand, there’s also the argument that some convicts, like rapists, and especially child rapists, deserve such a punishment. Is there a better way? The debate is ongoing, but for the time being, it doesn’t look like this practice is changing any time soon.