Nostalgia articles are probably very overdone already, but it can’t be denied that the 90s was a magical time for Malaysia.

It was a time of growth. The economy was blooming, Malaysians were inspired to be more, big development projects happened, computers were gaining popularity, and TV programs were actually creative. The local animation scene became big around this time, and 90s kids were treated to a host of locally-made cartoons, some of them still being recognizable today despite the show ending decades ago. 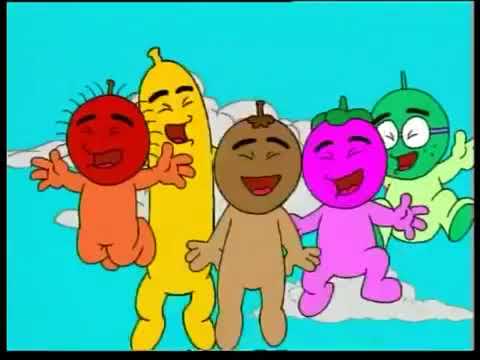 “Oh hey, I remember those!” – some boomer. Img from Areef Nasir’s YouTube.

In honor of these cartoons, we wanted to do an article on them… but how do we make it different from the tons of nostalgia articles out there already? By giving them gritty reboots, of course! With the help of our in-house MsPaint enthusiast, we re-imagined these old cartoons as modern movies. So today, let’s take a walk down the lane of ruined childhoods, starting with… 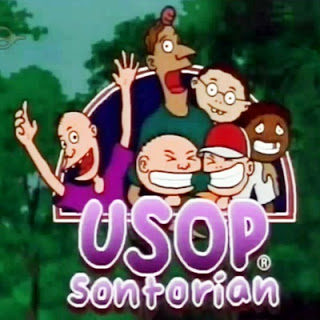 Usop Sontorian can be said to be Malaysia’s first animation series, in that the production process involves fully Malaysians. Produced by Kharisma Pictures, it features a group of friends – Ujang, Abu, Dol, Veloo, Ah Kim, and Singh – and their childhood adventures in the village of Parit Sonto in Johor. Sadly, like several other cartoons in this list, it was discontinued when the economic crisis hit and the cartoonists involved moved on to other projects. In this remake, Usop and the gang grew up and graduated from building bamboo rafts and chasing chickens to racing cars and incessantly talking about family. The cars are exclusively Proton cars for some reason. If the movie does well, the subsequent movies will get more and more convoluted, so expect heists, international criminals, and even the military’s involvement in the future. We can’t find much info on this show online, since the search results are populated with loan sharks, the English word ‘along’, and pictures of adult Siti Sifir. But based on the our poor memories, it’s essentially the Malaysian approximation of Sesame Street, with considerably less characters (both alphabet and personas) and considerably more ads about Permodalan Nasional Berhad. There were segments and stuff… and a male counterpart to Siti Sifir… and that’s all we remember.

The reboot: Sifir – A woman’s story Much like how Maleficent looks at the tale of Sleeping Beauty through the villain’s eyes, this reboot looks at the gritty underbelly of Along’s family-run moneylending business through the eyes of math prodigy Siti Sifir.

Recruited from a young age, Sifir’s math genius greatly aided the three cat-headed siblings in their activities, whether by rationalizing crazy loan rates, figuring out the logistics of their heists, and even calculating what time the police will arrive at any given crime scene. Despite her prowess and value to the family, however, Sifir is a woman at heart, and she longs for a relationship. Can she find a husband before it’s too late? Will she be able to balance her crime career and having a family?

Perhaps the most iconic Malaysian cartoon of the 90s, Keluang Man was unique in several ways: it’s the first local cartoon to combine 2D and 3D animation together for a recognizable style, and unlike most early cartoons, it started out as an animation first, and was later published as comics. Also the theme song is an absolute banger:

Produced by UAS Animation Studios Sdn Bhd, the story follows Borhan, a patient at a mental hospital in Tampoi, Johor. At night, he would don a superhero costume and fight crime, much to the annoyance of both the local police and the villains. He was aided by his sidekick Tiong Man, and together they’d fight local villains such as Badut, Meow the Cat Girl, and Majid Kilat, to name a few. It’s a comedy, essentially. It’s hard to improve on the premise, but for this reboot, Badut will take on the role of a far more serious villain with access to advanced technology. His plan this time is to construct an insomnia wave generator which will keep the inhabitants of Johor awake through nightmares. Once everyone is on the brink of insanity with fatigue, he can then perform robberies uninterrupted. Will Keluang Man and Tiong Man be able to stop him after weeks of not sleeping? Is Kapal Api coffee better than Ali Cafe? Find out in this reboot!

Published by Skyroom Studios, this series seemed pretty popular as there were phone cards featuring them, as well as an English version of the theme song, implying that it went international. But we couldn’t for the life of us remember much about it.

Based on the theme song, though, it seems that the Yokies is a family of egg-shaped aliens who escaped their planet and got stranded on Earth. We guess it’s a slice of life kind of cartoon featuring the daily lives of the family – Papa Yokie, Mama Yokie, Egof, Evira, Egie, and Egstein – as they navigate a strange new planet. What if the Yokies weren’t stranded here by accident? This remake looks at the aliens as a parasitic species, looking to expand their territory. Capable of converting the biology of humans, the Yokies plan to farm humans and turn Earth into their mass breeding colony. However, the humans get killed in the process, because their orifices can only stretch so far. Only their natural enemies, a race of fruit people named as the Frootees, can stop them. Yes, you’ve heard that right! It’s a crossover with another real cartoon!

How ambitious! But will the Frootees realize the Yokies’ evil plan before it’s too late?

Yikes. This is getting a little out of hand, so we got to wondering…

Should we mess up people’s nostalgia liddis?

Some time back, there was a trend of remaking old, beloved shows. Some of them were good, but others did not turn out well, and actually ended up angering the fans of the original show. Case in point: The Last Airbender (2010).

Just throw the damn rock lah. No need kungfu all. Gif from Gfycat.

In this particular case, the bar for a remake should be pretty high: the cartoon has great animation, extensive cultural references, superb worldbuilding, engaging plot, and deep themes. Apart from the cool tattoo on Aang’s head, though, the live-action remake not only failed to live up to that bar, but managed to butcher everything good about it.

Is this the same case with our local 90s cartoons? Well, not to crap on the work of our local artists, but considering the technological gap between then and now, the bar wasn’t set very high. There’s a lot to we can improve on, and we can at the very least make the visuals and audio a lot more pleasing with the technology we have available now.

In fact, Keluang Man had recently been remade by Quest Animation Studio, and they came up with two versions: a cutesy one called Keluang Man Cinonet, and a more serious-looking version in the works called Legacy X. If nothing else, the animation saw an improvement, but whether changing the plot and feel of these cartoons – like we did – would be a travesty… we’ll have to ask the fans.

What do you think of these remakes? Let us know in the comments!