Over the past few weeks, this writer’s been bombarded by his mom about the rising prices of groceries at the nearby supermarket. Y’all might have felt also the trickle-down effects of that first hand – maybe you had to pay an extra 20 sen for milo ais at your local mamak, or even an extra RM1 for chicken rice at your local coffee shop. It’s a worrying trend, cuz a sudden, drastic increase in food prices can lead to a whole Marvel Multiverse of problems. As a matter of fact, one of these problems has been making the local news headlines recently: the looming food insecurity in our country. Our PM, Ismail Sabri, actually made some moves to tackle the issue, but first…

What’s food insecurity and why is it hitting Malaysia? Basically, food security is a measure of whether everyone in a given area has access to sufficient, safe, and nutritious food that meets their dietary needs. When a country is facing food insecurity, there’s not enough food for everybody, and that means the citizens literally tak cukup makan. That already sounds scary on the surface, but hunger isn’t the only thing that’s concerning about food insecurity. Food insecurity can cause chronic health conditions in individuals, resulting in a subsequent increase in medical costs down the line and slow a country’s economic growth as a whole.

The issue of food insecurity so severe that it’s associated with countries experiencing prolonged conflict, like Afghanistan, South Sudan, and the Democratic Republic of Congo. Wait, Malaysia’s not at war with anybody, so how are we at risk of food shortage? 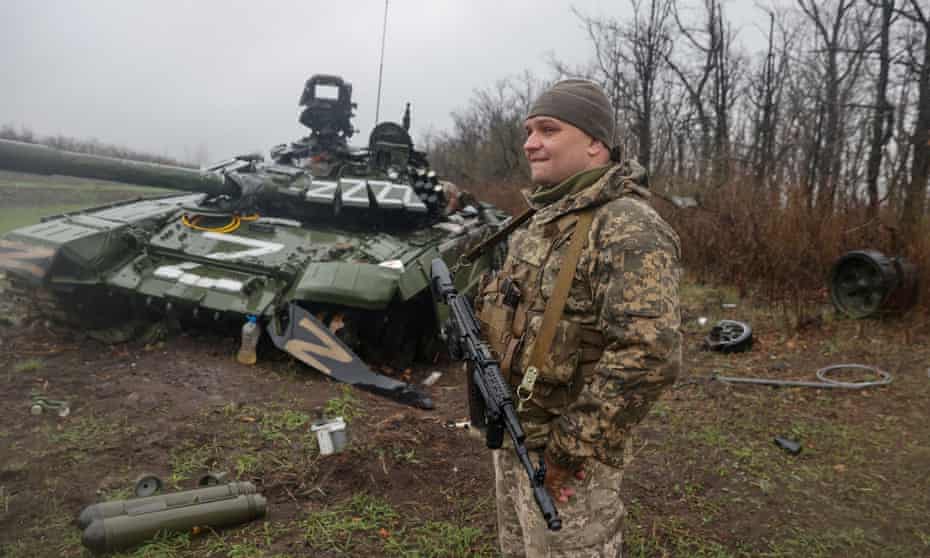 “F*** them farmers” – Russians, probably. Image by The Guardian

Well, one of the biggest reasons cited by Ismail Sabri is the Russo-Ukraine War which has greatly diminished Ukraine’s exportation of fertilizers and wheat to Malaysia. Since they were a significant source of those imports, the War has indirectly made a dent in our ability to plant crops, make wheat-based food and feed our farm animals. Another major exporter of wheat, India, has banned its exports due to the ongoing heat wave, and that’s also been affecting our wheat flour supply.

Plus, since the price of chicken feed got jacked up, there were reports of a group of chicken cartels that had planned to shut down chicken farms last weekend to protest against the government’s alleged delays in providing subsidies to said farms. Yeah, we never knew chicken cartels were a thing, yet here we are.

NAH, BACA:
We deepfaked a video of Ismail Sabri promoting Cilisos. Here's how convincing it was

We’re sure this is all very worrying, but there might be hope yet, because… First off, Ismail Sabri announced a week ago that anyone can import food into Malaysia without an approved permit (AP), saying that the Agriculture and Food Industries Ministry (MAFI) will release details soon:

We previously have APs for everything from cows to meat and others but now, it is no more… This means that anyone can now import food from overseas to ensure that the country will always have sufficient food supply – Ismail Sabri at Prime Minister’s Department Aidilfitri celebration

In case you didn’t know, APs are government-issued permits that businesses need to import anything – from cars to rice – into Malaysia. With the abolishing of APs for food, more businesses can bring in foodstuff from other countries, which will most likely alleviate some of the shortages that we’re experiencing. The move has been praised by both local and foreign political pundits for its benefit to the rakyat, despite it being potentially “harmful” to the interests of existing AP holders. On the other hand, some were more apprehensive about it, warning that more food imports could mean an eventual drop in local food production.

The PM also said that MAFI will be sending more officers to various states to expedite subsidy payments to chicken farmers with a total of RM729.43 million being allocated under the Keluarga Malaysia Price Control Scheme. At the same time, the government has promised to investigate the chicken cartels, promising stern action against any firms found sabotaging supply. Speaking of chicken cartels, Ismail Sabri called for an end to the use of middlemen in the agriculture sector and food supply chain during the National Farmers Association’s 48th annual general meeting on 18 May. He said that middlemen “exploited the hard work of farmers and fishermen and manipulated market prices”. While that sounds good on paper, actually carrying it out seems like a logistical nightmare – it’s hard to imagine a small-scale farmer managing dozens or even hundreds of customers at any given time. It’s entirely possible that MAFI has something in the pipeline to address that, but guess we’ll have to wait and see. In the meantime, here’s a hot tip from CILISOS – Gardenia bread with chili sauce makes for affordable and delicious meals when you need to tighten your belt for the month. #jk #pleasedontactuallydothis