About a week and a half ago, on the 21st, PM Najib announced the 11th Malaysia Plan (11MP), the framework which would govern, um, government plans for the next five years to bring us to Wawasan 2020 – you know, that slogan you still see on old shoplots and faded posters that someone didn’t bother to remove? But if you need a refresher, here’s Tun Mahathir’s paper on his vision from a website that looks like an old Geocities page #nostalgia

And of course, this super-important, pivotal, game-changing plan was greeted by Malaysians (according to a Malay Mail Online survey) with a resounding….

Okay, so we might have exaggerated the response a lil’ but even a straw poll around the office also showed a lack of knowledge about what this plan is all about, and not much interest aside from “UiHua, when is the Malaysia Plan article ready???” Y U NO INTEREST?!

Which is a shame because, again, this plan dictates the economic, administrative, and social policies that will affect our lives for the next five years (and maybe beyond).

So to save you some time and maybe bump up some interest in this topic (You’re welcome PM Najib), here’s a easy to understand list problems with 11MP, starting with…

1. It should be a listicle!

To be fair, the web version of the Plan looks pretty snazzy, complete with flippy page animations and sound:

Even though we wanted to strangle a kitten after hearing that ke-sherk sound for the 200th time, it’s still a pretty nice touch.

That being said though, this plan is extremely hard to read. Even with the colors and pictures, there’s just wayyyyy too much to read, with questionable formatting throwing off our focus in some parts. This is why we think it might have been a better idea for Economic Planning Unit (EPU) to write the plan in the form of a listicle like Buzzfeed or – ahem – CILISOS-style to make it easier to read and understand. Meme pictures and titles like 1,607 Reasons Why The 11th Malaysia Plan Will Kick Butt are a bonus.

BTW, we’re not completely serious with the listicle part. We just wanted you to open the web version of the Plan cause we’ll be referencing it throughout this article. Can download PDF copy oso.

One of the hotter news topics regarding the 11MP is that by 2020, 45% of Malaysian households will reach middle-class status.

But what’s “middle class” anyways? Chances are, if we were to ask a hundred of you to give your definition, we’re gonna end up with 98 different definitions. That’s because the measure of “middle class” is dynamic – meaning that it’s constantly changing depending on social and economical conditions – and (usually) based on urban (city) lifestyles. For example, a credit card was seen as a status symbol of the middle class in the 80’s but today, it’s as common as bold text in a CILISOS article. The gomen plans achieve this 45% middle-class goal by moving the B to the M, making it B35 and M45. Ooi Heng of parliamentary think-tank Kajian Politik Untuk Perubahan (KPRU) thinks that, actual application aside, it won’t be achievable because they mixed up the terms middle class and middle income (it makes a big difference!). However, he adds that this may not have been done on purpose, but could just be due to a genuine mix-up between the terms or a (misguided) attempt at simplification.

Okayfine we made YOLO up, but you would have believed us, right? You might hear your father saying that a bowl of curry mee “back in his time” was 15 or 20 SEN, which might lead you to think “Wow, I can buy a LOT of curry mee with what I’m earning now!” But don’t forget – salaries back in the day were much lower (in the low hundreds).

The simple explanation to this is to take the average salary back in the day and look at how affordable the curry mee was, then comparing the price of curry mee today with how affordable it is with today’s salary. 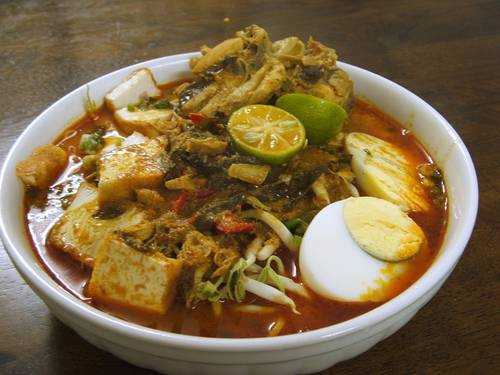 While it’s been mentioned that inflation is expected to be below 3% (p. 24) over the course of the next 5 years, we don’t really know for sure if any of this is taken into account since it’s not mentioned in the projections.

As to what it means for us, it’s that when the news dailies highlight how our average household income is set to increase from RM6,141 to RM 10,540, we should probably ask ourselves if that amount will buy as many bowls of curry mee in 2020. You can read more about the inflation stuff here and how our national average income may not be entirely accurate here.

NAH, BACA:
5 Reasons Why Jose Mourinho is the Khairy Jamaluddin of the EPL

4. There were some really weird omissions One of the strategies developed in the 11MP is the development of master plans for four major cities to improve the infrastructure and quality of life. The initial four states were chosen based on the criteria of:

Before we continue, try taking a guess at which four cities were chosen based on the criteria above:

The initial four cities selected are Kuala Lumpur, Johor Bahru, Kuching, and Kinabalu, with Penang being left out like a kid with two left feet at a ballet audition. This of course did not go well with Penang Chief Minister Lim Guan Eng, who accused the government of side-lining the state over politics (Because Penang’s controlled by Opposition mah). He said that the state had applied for about RM21 billion worth of projects – mostly to expand and improve upon it’s transportation system – and…

None of the projects we asked for — LRT, MRT or the expansion of the Penang International Airport — were even mentioned, we did not get a single thing,” – Penang CM Lim Guan Eng, as quoted in The Malay Mail Online.

To prove his point, Penang has a pretty sizable population of 1.66 million people, a GDP of RM72.2 billion, loads of existing infrastructure, major colleges including KDU, Inti, and TAR, and well…. let’s just say Sir Francis Light didn’t set up shop in Penang because he liked the asam laksa.

Of course, we don’t know how they actually evaluated all this info, but Penang’s decided they didn’t need Putrajaya’s help anyways and will fund their RM27 billion transport master plan themselves. #sweg The other major thing conspicuously missing from the 11MP is 1MDB. In the 10th Malaysia Plan, 1MDB is mentioned twice, once for “leveraging our international diversity” and once to “rationalize the government’s role in business.” Funny enough, 1MDB and the 11MP is now only mentioned together by Opposition leaders, with Wan Azizah bringing up how the 10MP promised the benefits that 1MDB would bring to the Rakyat and Rafizi Ramli warning that 11MP projects might be used to cover 1MDB’s losses.

Okay so these were pointed out by opposition leaders, but we included this here because there might be a fragment of truth to it.

5. Unlike 9MP, there’s no half-term report 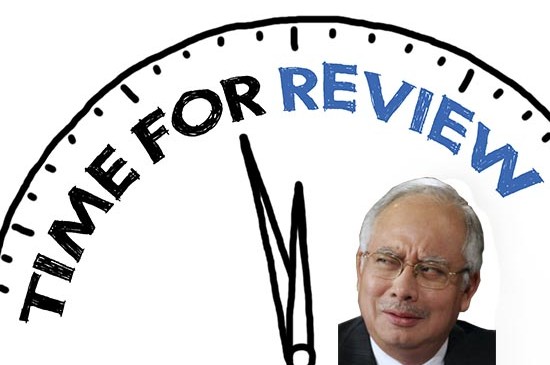 Okay so yougaiz remember mid-term exams in school, right? Well, mid-term exams are kinda like a performance review so teachers and parents get a better idea of how well each child is doing in terms of their studies.

Anyways, we think that for something as important as the 11MP, there should be a mid-term exam for it to see where we’re on the right track, where we’re not, and what can be fixed. Unfortunately, there ain’t none… or at least none that have been mentioned. This was true for the 10th Malaysian Plan as well, with KPRU’s Ooi Heng saying that the last mid-term review was done during Ahmad Badawi’s 9th Malaysia Plan.

If you were to go through the first few pages of each chapter in the 11MP, you’ll get a summary of the progress of the 10th; which is kinda like having your teacher tell you what areas you need to focus on in order to prepare for the SPM while you’re lining up collecting your SPM results.

Is the 11th Malaysia Plan flawed? We edited this okay. Don’t sue us! Original image screencapped from EPU.my

We’re not trying to bash on the 11MP as much as we are hoping to get people involved with it enough to see that it actually goes through.

For one thing, 11MP plans to extend high-speed broadband internet (p.218) to rural areas as well as to improve on the quality and pricing (something we talked about in a previous article). Also, groups like the Association of Water and Energy Research (AWER) noted that some of their suggestions in regards to water and electricity generation and supply were implemented in previous plans, which increased water supply to 94% of the nation and electricity supply to 98% in 2015; so we can look forward to almost complete coverage by 2020. There’s also increased focus on healthcare (p. 112), and green initiatives are a more than welcome sight.

That is, if these plans are actually followed through.

A lot of criticism directed at the 11MP is how it’s trying to present a “paradise”, almost as if it was disconnected from reality. And perhaps it is disconnected because, as mentioned in this commentary, 5-year plans became outdated as the world started becoming more interconnected and changes may happen in the blink of an eyelid. The Nordic think-tank Demos Helsinki outlined another option called Alternative Futures, stating:

“… [M]egatrends render the alternative futures quite difficult to see. The trick … is to go beyond the linear causalities by extending the time scale. This is why a five-year plan – an otherwise helpful planning instrument – might sometimes limit visionary thinking: five years is a very short time for countries. – Quoted from Demos Helsinki’s website.

And no, this isn’t an exhaustive list of problems – in fact, it’s hardly even the tip of the iceberg. There’s also problems with the reports of women in the workforce, rampant deforestation despite the Green initiatives and water catchment plans, and just way, way WAAAAY too many overlapping government bodies and programs (There are 6 just to handle affordable housing alone!) 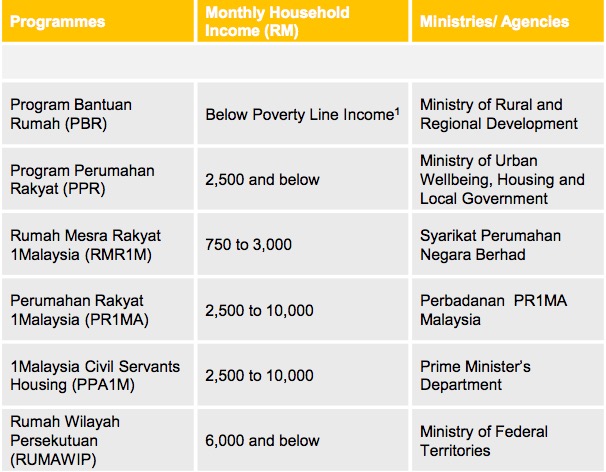 But maybe one can argue that a plan is precisely that… a best-case scenario IF everything goes according to, well, plan. Since we can’t tell the future and there may be many factors beyond our control that’ll pop up over the next five years to mess it up, maybe we’re out of line by belittling the government despite its best efforts. But when plans don’t happen though, what we, as the Rakyat, SHOULD expect is accountability and transparency. 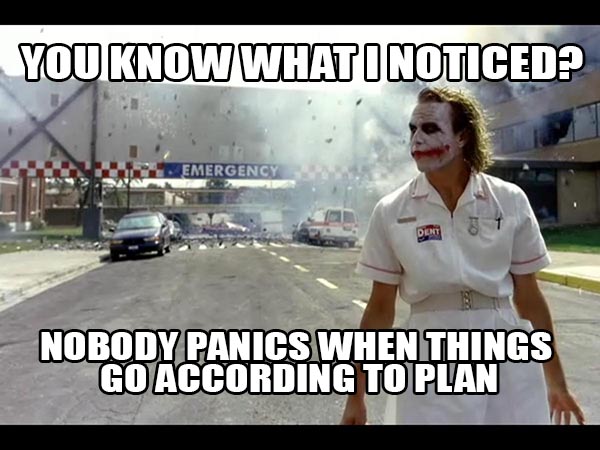