With a heading like that you know we’re not going to start this list with fuel subsidy or tertiary education. But for what then does the Malaysian Government have money? A country rich in palm oil and rubber; crude oil and crude ministers – there’s gotta be money funneling in somewhere and out somewhere. So just what are they using it on?

From what we can gauge from our awesome, no-holds-barred and completely transparent press; our government isn’t averse to spending money if the right buy comes up.

These five things have been quick to get our ministers doing the Fry. In no particular order of course. Whilst Malaysians fly in cramped budget planes; hitting their knees and praying the guy in the next seat doesn’t fart; Panda pair Feng Yi and Fu Wa flew first class to Malaysia. Fed bamboos, bamboo shoots, apples, carrots and dumplings for which they didn’t have to pay extra; it seemed apparent our government must really be very animal friendly. So friendly that they opened their Louis Vuitton coffers and spat out a cool RM52 million in total to see these furballs in the flesh. Perhaps to prove that they are not racist and in support of animals with inconclusive racial characteristics (Black, White and Asian – c’mon you knew we were going to use that one!), the government splashed a good RM25 million building a special enclosure for the creatures (but they promise RM15 million comes from the 1MDB Fund and only a pittance of RM10 million from the government which makes one wonder where the 1MDB money really comes from). Beyond this, the rental fee for the pandas is a cool RM3.24 million a year for the next 10 years bringing the total in rental alone to RM32.4 million (yea we needed our calculators for that).

In a strange twist, this video was created to highlight the amount of subsidies the government still provides and thus distract from the amount spent on pandas. But what do they use for the video? Yup, you guessed it: a panda (or a weird dude with panda role-playing fantasies).

Of course, a video as epic as this would have a flip side. We’re not sure which one came first but who cares? They’ve both got pandas in them. And you know how much we love our pandas. Really.

*If you didn’t get this reference, it’s an epic cheese ad by Arab Dairy for their line of ‘Panda Cheese’. Now that you get it, you can crawl back under your pop-culture-proof-rock.

Nevermind that our defense team did not go an alert when MH370 did an about turn through Malaysian airspace despite having no business being on that route; at least we can boast our country’s defense is well equipped to deal with threats underwater. We have two Scorpene submarines bought from France. Before you ask; no, it can’t do any dives to find missing planes but we’ll be very safe should we ever have an overzealous attack of er, plankton. Or dugongs. Definitely safe from dugongs.

We’re kidding. In all fairness, the NTI highlighted that it is a pretty awesome submarine with “emphasize(d) underwater maneuverability and stealth, with design features including a teardrop or “Albacore” hull form (with fin-mounted hydroplanes and cross-configuration tailplane), and very low acoustic, magnetic, electromagnetic and infrared signatures.”

Our beloved PM Jibby also highlighted the need for such machinery: “We (Malaysia) have such a large body of water to police. We need submarines because it is a force multiplier. They can appear anywhere and because they are stealth, they are hard to detect. That makes our deterrent value much higher.” Yup, we see the geographical similarities.

For this marvel of French machinery, the government paid RM 6.7 billion. That’s approximately 440,000 Hermes Birkin handbags; almost as many as Kak Ros has. Just kidding. We hope.

But should pirates not attack us in the near future, at least naval chiefs will have something to do on Sundays or during weekday teh tarik breaks. If you’re wondering why we put RM100 million and not the RM4 billion we all know was spent on the airport; it’s because ‘officially’ only RM100 million comes from Putrajaya for the ERL Link with the remainder being foot by the MAHB. Despite MAHB technically being a public listed company; one must always wonder where their funding really comes from. But that’s another story for another day.

For now, the Malaysian government has spent an ‘official’ whopping RM100 million on the airport so you middle class plebeians can fly too; and from a snazzy airport with aerobridges and container sleeping facilities just like the uppity folk in London, Dubai and Moscow.

Sleeping in little capsules can be fun for young (and old) yuppies in between business trips, mistress baiting in South East Asian countries and imitating Julia Roberts’ brand of Pop Culture spiritualism in Bali but at the cost of RM4 billion, could they have roughed it just as well at LCCT’s Tune Hotel to allow for the money to be better spent elsewhere?

Despite newspaper reports (as linked above) alleging that billions had been spent; MAHB insists on sticking these posters all over the new airport. But the airport authority’s problems now go beyond what can be fixed by below-the-line PR. The delays and escalated costs have forced the MACC to look into the matter. In a probably predictable chain of events; MAHB has now lodged 212 reports of Non-Compliance against the contractors of KLIA 2.

And in the words of good friend: “We (taxpayers and travelers) paid for this!”

Networking (and we don’t mean Facebook nor the kind you get from your internet service provider) is important to any business and definitely more so in the business of diplomatic ties. Our PM has a lot of selfies that need taking. But not to deprive his ministers (and definitely not the first lady of Malaysia); our government is not stingy with the funds when sending luminaries on ‘networking’ visits to foreign countries. Of course, don’t expect them to take AirAsia or even MAS for that matter (Dr M might have a thing or two to say about this). For her trip to Qatar for the 4th Qatar International Business Women Forum, Jibby’s Mrs was flown in the government private jet to the cost of approximately RM430,000. And we don’t know how many handbags she bought there but we should breathe easier knowing it was apparently “in the interest of the nation” that Kak Ros attends to provide the keynote address.

We’re still waiting for that interest to accrue.

To prove how important networking is yet again, a trip to Dubai (we like the Middle East ok? They’re like our brothers from our product-of-poligamy other mothers) for our Education Minister Muhyiddin is in the pipeline making opposition leaders froth at the mouth over the audacity of the education minister tentative itinerary of 10 hours golfing with other dignitaries. 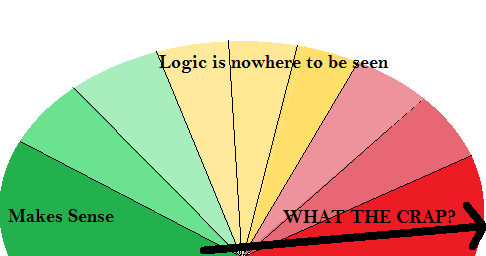 Perhaps they’d be less upset if it was badminton or sepak takraw, to make it more Malaysian-ised and help the economy of sepak takraw ball sellers but at the moment they’re not happy. They went on to talk about other luxury trips allegedly made by the minister in recent history, namely a 5 day trip to Gold Coast, Australia. Exact numbers haven’t trickled out yet but as pointed out, the education ministry does have one of the highest budget allocations this year. The numbers should be fascinating.

“I am going to do this outside, next!”

On this one, we have to say, well done to the Malaysian Government. You see, we can’t put a price on one life, let alone 239, so we’re happy that in this time of aviation calamity, the government reached into their proverbial pockets and sprung for RM27.6 million and counting to search for MH 370. It’s not as much Australia spent but it’s a good amount and we’re still counting.

We’re not going to joke about this one. Until the day we find some kind of answer to the mystery that has thrown 236 families and more into despair; let’s hope the money keeps coming in to help. So just when you thought we had a very stingy government – let it be known that they do know how to untie the purse strings. If you haven’t received a grant/subsidy/tender or project from them; maybe you’re just marketing the wrong things. Try some of the above – it might get you the million dollar project of your dreams. A panda-themed submarine port where leaders can network anyone?