Now, if you didn’t already know, a coupla weeks ago, we ran a quick contest with the ONGSOME Smirnoff Ice to find out what are some of the problems faced by bananas during CNY.

As this is the Chinese New Year, we thought of talking about a part of the Chinese community that isn’t always acknowledged, the BANANAs – Chinese people who cannot speak the Chinese language.. Cos like, yellow on the outside and white on the inside, mah. 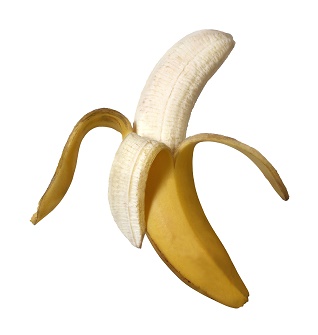 While that may seem very ang-moh, very moh-dern, it’s actually super embarassing during CNY and other 350 days of the year (whole CILISOS team can’t even string a proper sentence in Chinese properry). So we turned to ugaiz, our dear CILISOS readers, to find out what other problems our fellow bananas would face during CNY. (Winners will be emailed by the end of this week!)

And laaagi better, your problems got some mega ONGSOME solution by the one and only Choy San Zai, the God of Prosperity’s sibeh #swag son!

Check out what CSZ (dang… why he look so famiriar?) had to say about your problems HERE, after these 9 problems our Malaysian bananas face during CNY. “You greet all your uncles and aunts from both side as literally ‘Uncle’ and ‘Auntie’… Then, they take the offence of it and started lecturing you son the right names for each ranks of the ‘Uncles’ and ‘Aunts’ and your 59 other individual relatives.” – Rui

If you’re Chinese, you’ll know that going for reunion dinners will make you feel all sorts inside. On one hand you’re damn excited for the food, on the other hand you’re always afraid of calling your aunt/uncle wrongly. See, each one of them is called a certain name according to generation, dialect, sides and all. Wahlao headache wei! And it’s just PART OF THE FULL TABLE! Screencap of list from omniglot.com

Non-bananas themselves get it wrong sometimes, so can you imagine what it’s like to be someone who doesn’t speak the language?? How do we even count???

2. Your relatives never really know what you do for a living “Sure a lot of misinformation. Randomly nodding “yes” or “no” regardless of what your relatives are saying means that Aunty 1 thinks you’re a successful musician while Uncle 2 becomes concerned that you’re in between jobs and will never get married.” – Matt

And once you’ve settled in with the initial hellos, ya know it’s epic kepoh time. Working already? Where do you work? Got girlfriend already? Pretty or not? Show picture? Father do what one? When bringing her home? Bla bla bla bla – and if you can’t differentiate tim (Canton; sweet, 甜) and tin (Canton; crazy, 癲), then… cham lor…

3. You cannot even order food properly “Went to Hong Kong recently and can’t read anything in Chinese. Imagine trying to order food in local restaurants/cafes. Bloody embarrassing since I am Chinese!” – David Koay

It’s super frustrating cause there’s so much good food out there, and yet we bananas can only point to numbers and say, “nar ke / nei ke / goh kor”. And when we’re on foreign land, we’ll thank the stars and sand if we ever come across a full menu with photos!

3a. Your bargaining skills sibeh fail You ain’t got nuthin’ on this uncle. Photo from china-mike.com (Click for bargaining tips!)

“When you’re asked to buy traditional Chinese New Year foods and you don’t even know how to pronounce the stuff on your list… Better stand from far and watch other people buy first, then only I buy. Then not so embarrassing! And please lah, don’t ask me to bargain… feel super pressured wei! Even ang moh fellas can bargain better…” – Rachel Yee

Bananas are the worst at bargaining la seriously. We can’t understand the mechanics, we can barely make out what they’re telling us, and our counter-bargain is so broken it makes a bag of chips look tough. So much so that even if they recommended some chingchongching flux capacitor, we’ll prolly just say OK and smile and take whatever ‘sweet deal’ they give us. Aih…

5. You dunno whether your horoscope is awesome, bad, or super sang-chai-mou-si-fatt “During CNY, everywhere is showing the horoscope of the coming year. It tells you from the color that is ‘ong’ and not ‘ong’. The horoscopes in English are always short and simple meanwhile the Chinese ones (full version) got more story to tell but I can’t read it. T_T” – Jackal

Totes McGoats, people. Whether or not you believe in horoscopes, know that the Chinese versions are always a whooole lot more detailed and dramatic. And sometimes it’s not that you wanna read it to know your future or what… It’s super kancheong that it can put Stephen King to shame.

“Being a banana means you have one less game to gamble with, Mahjong. Less games to gamble, less income :(“ – John Koe

Mahjong is another complicated nut for us bananas ’cause everything is in Chinese. Elements, words, calls… Everything! But actually if angmoh can play… Then why can’t we? :-/

BTW John, you wrote in sooo many entries we decided to give you a mini spotlight here. Oh and also… CSZ got special message for you. Watch video at the end k.

7. You only go ‘la la la’ during karaoke “Being at one of these karaoke session … could be with colleagues, uni-mates, grandma birthday party. There is always some awesome Chinese popular song which everybody know how to sing and I can go only lalala to the tune. Sometime I am lucky to find some old hokkien song with romanized chinese sing-a-long.” – Ng Jiunn Jye

Bet the only thing you know from Jay Chou’s song are bits to the chorus. Even so, don’t worry – you’re not the only one. But what you MUST know… Like literally force yourself to memorise the lyrics… Is that ‘Hoi Fut Tin Hung’ song by Beyond. That Peter Stuyvesant song is such a big part of Chinese culture (we think) that everyone literally knows that song by heart.

8. You always hope nobody cheats you when you ‘mai tan’ What did I just order??? Photo from Flickr user avlxyz | Creative Commons

“Everytime during mealtimes, especially if I bring my family out and I’m going to pay. When I call for the bill I have to pretend to understand what the waiter is saying and just give a whole bunch of cash and hope the fella doesn’t cheat me…” – Foo Yung Ken

TIP: Always, always, always ask for the breakdown of prices in a bill. If he doesn’t have a paper, use calculator and ask him to key in according to dishes. But if you’re too shy then.. Uh.. Just learn your numbers lah! This is quite important k! (Same goes to all of us at CILISOS) 🙁

9. When people talk to you in Hokkien, you think they’re cursing you Translation: You is cute girl ah!!!!! Screencap from a Bruce Lee movie

“I literally cannot tell the difference between “Wah you so pretty now!” and “Wah you gain weight already hor…” when all the aunties are complimenting/cursing me in Hokkien. All sounds like curse words to my foreign ears ok.” – Kay Jen

True that. Half our CILISOS team comes from Klang and they’re used to it already. For the rest, well… They still flinch when a bunch of aunties speak in Hokkien. Lim peh scared ah.

We actually only have prizes for 9 entries, but we loved this one so much that we decided to put it in as a bonus. Jasmine, you’ll get a special gift from CILISOS. 🙂 “Got bullied by ultra-nationalist ex- colleagues who think that you are betraying the “motherland” for being a banana. C’mon lar, since when my motherland is China?! I am Malaysian lar, and Malaysians are rojak ok? Diversity in Malaysia also cannot accept. Malaysians speak macam-macam language lar. Malaysians go to macam-macam school ler.” – Jasmine

Ah… Mocked, shamed, bullied… While we can definitely relate, we’re gonna leave it to our boy Choy San Zai to say something about this. He’s got something very special (and surprisingly sweet) to say to you, Jasmine.

Thanks for all your entries, UBANANAZ! If you want to check out CSZ’s other videos, check his YouTube channel yo.

Embrace your INNER BANANA and share this with your BANANA friends.

And even if yo homies don’t understand you, there’s always the Other Fam Who? Well you know, your friends la – with fully-angpow funded trips to their houses after the first three days of obligations (tsk, tsk) are done. And of course, if you gonna hang with them, we’re guessing it ain’t just gonna be leongcha (omg we know a chinese word!) you guys are drinking.

ALSO, if you didn’t win this time, no worries. Just bring your shouting YAMSENG voice to Sunway Giza this weekend, and you can still win some free bottles of Smirnoff Ice there. Details on Facebook.com/SmirnoffIceMY.

That said, here’s a big thanks to Smirnoff Ice for introducing us to the awesome CSZ and hooking y’all up with them ONGSOME (yes, we actually think this is a pretty cool word yo) prizes! We had so much fun going through all the entries and getting CSZ to shoot this super low-budget video, and we hope you had fun reading and watching ’em too.

… Still got room for improvement la