UPDATE: RIP Lee Kuan Yew. You’ve had a more productive life that arguably anyone on the planet.

At present, Lee Kuan Yew at 91 is in critical condition. We actually wrote this article last week to publish if he did indeed pass on, but we’re feeling a bit strange waiting around like vultures for if/when it happens, and feel disrespectful to be opportunistic to only honour his life as it is about to end. So let’s not wait… because truly great men should be honoured while they’re still with us.

Many, if not all of us, would have at least heard of the name Lee Kuan Yew. Widely regarded as the founding father of modern Singapore, Lee Kuan Yew is also a man who led Singapore into the uncharted territory of independence when they split from Malaysia in 1965.

We always hear this, don’t we?

We learn in Sejarah that Singapore initially joined Malaysia, but after a few years, they left. But little do we know of what really happened back then. It would seem that the separation hurt Lee Kuan Yew deeply. So deeply that he cried when announcing it.

Singapore has come a long way since then, with a GDP not much smaller than its much larger, resource-rich neighbour (that’s us).

A lot of it was really down to one man’s determination to rule by his principles. At the heart of the separation of Singapore from Malaysia was Lee Kuan Yew’s heart for his people. And even if he has quietened down a lot (he is 91 after all), no one can deny the progress Singapore has made as a nation. Many parallels have been drawn between Lee Kuan Yew, and another famously controversial leader, Steve Jobs. But while Steve Jobs built a few successful companies, Lee Kuan Yew built an entire nation.

In reading these things, it’s interesting to note the difference in the choices made by him, versus the leaders of Malaysia, along the way – particularly when it comes to the diversity of race.

Singapore was a multi-ethnical race just like Malaysia (but with the Chinese being the majority). How did the founding father of Singapore lead this small, fragile country in such a way that they moved forward so quickly? Did the issues of race and equality not hinder them at all?

LKY believed in a ‘Malaysian Malaysia’, and maybe that’s why we kicked him out

While we do learn in school about the history of Malaysia and that Singapore left in 1965, we are still kind of vague as to what actually happened. The Malaysian Bar mentions that disputes such as tax and revenue were ironed out (albeit hastily) but the tension between Tunku Abdul Rahman’s Alliance Party (now Barisan National) and LKY’s People’s Democratic Party probably had something to do with it.

The logo of the People’s Action Party, which is said to have inspired another Action Party. Even logo look similar kan? Photo from Wikipedia

Lee Kuan Yew eventually orchestrated a demonstration that called for a ‘Malaysian Malaysia’ that eventually led Malaysian leaders to conclude that he was challenging the special rights of the Malays. This, coupled with the racial riots of 1964 (yes, there were technically other racial riots aside from the May 13th, 1969 incident because Singapore was a part of Malaysia at that time) eventually led to Singapore leaving Malaysia.

Technically, he got his wish. Even if it was at a cost, leaving Malaysia allowed him to develop Singapore into a Malaysian Malaysia, or…Singaporean Singapore! The point is, he believed in it. He believed in a concept of equal opportunity so much that he was willing to risk leaving Malaysia (since Singapore is rather small). And that belief drove him to do many other things for Singapore.

LKY made English the uniting language

One of the first things Singapore did after gaining its independence was to introduce the Bilingual Education Policy. Basically, it means that they had to learn 2 different languages.

This study mentions that in 1966, parents in Singapore were given a choice.

The effects of this could only be seen years later, when this led to English becoming the common language of the people (rather strangely tho, Malay is still its ‘national language’). Singapore eventually closed down their Chinese and Tamil medium schools and integrated them into a single-stream education system. We couldn’t find the exact reports for this, but they are mentioned in news reports here and here. Even the prestigious Nanyang University, the only university outside China to provide tertiary education in Chinese, was closed down due to falling student enrolment. Photo from Wikipedia

Lee Kuan Yew talks about this decision in his book ‘My Lifelong Challenge: Singapore’s Bilingual Journey’. In it, he details why such harsh decisions were made.

“Just learning Chinese as mother tongue would jeopardise our survival. Knowing only English could cost us our cultural identity and national pride.

Mr Lee is convinced that the bilingual policy is the best strategy for us to compete as well as a pillar in nation building.” – Excerpt of review of Lee Kuan Yew’s book ‘My Lifelong Challenge: Singapore’s Bilingual Journey’. Taken from sph.com.sg

What can see from this? Lee Kuan Yew did not consider race as something to be done away with, but it was secondary to what Singapore really needed: unity. He was a man who was willing to give up a part of his nation’s identity to protect it. The cover of his book if you wanna go look for it. Image credit to goodreads.com.

LKY also made Singaporeans of different races stay together

The next huge initiative of the Singaporean gomen to integrate races was the Ethnic Integration Policy in 1989. When the gomen found out that groups of races started to cluster in different public housing flats (HDB flats), they implemented this policy of race quotas.

Now, race quotas have a very negative connotation in Malaysia but this is what the Singapore gomen did. They implemented race quotas to balance out the races in public flats to ensure no area became too clustered with a specific race. An aerial view of Bukit Batok, a public housing area in Singapore.

The system isn’t perfect, but the point is this. Even when he was about to step down from his position of Prime Minister (he stepped down in 1990), Lee Kuan Yew was still up for new ideas to foster racial integration. Because really, even if his name wasn’t mentioned as to be directly involved, would you think he would have let it happen if he had disagreed?

LKY believed people weren’t equal, but he believed in people

Lee Kuan Yew was someone who held a very controversial view of the human race. He once said that the human being is unequal and never will be. You can watch that excerpt of his speech in the video below. It’s from 0:14 to 0.35.

He echoed this sentiment again in 1997 when he said this:

“I started off believing all men were equal.

I now know that’s the most unlikely thing ever to have been, because millions of years have passed over evolution, people have scattered across the face of this earth, been isolated from each other, developed independently, had different intermixtures between races, peoples, climates, soils…

I didn’t start off with that knowledge. But by observation, reading, watching, arguing, asking, that is the conclusion I’ve come to.” – as quoted in his book ‘Lee Kuan Yew: The Man and His Ideas’

Yet, even if this was so, he believed in people:

“If I tell Singaporeans – we are all equal regardless of race, language, religion, culture. Then they will say,”Look, I’m doing poorly. You are responsible.”

But I can show that from British times, certain groups have always done poorly, in mathematics and in science.

But I’m not God, I can’t change you. But I can encourage you, give you extra help to make you do, say maybe, 20% better.” – Lee Kuan Yew, Success stories DVD

As mentioned earlier, Lee Kuan Yew held race in high regard. In his book that we mentioned earlier, ‘My Lifelong Challenge: Singapore’s Bilingual Journey’, he talks about how he was once, in our words, a Banana and had to work towards reclaiming his Chinese roots.

But to Lee Kuan Yew, there was something else of bigger importance: the survival of Singapore. And he was willing to give up anything to achieve that, even race (he did close down vernacular schools after all). All along, his wasn’t the issue of unity, but the issue of survival.

“What are our priorities? First, the welfare, the survival of the people. Then, democratic norms and processes which from time to time we have to suspend.”- Lee Kuan Yew during a National Day rally in 1986

We have been separated from Singapore for half a century now. And though we gun them down for being kiasu, threaten to cut their water supply, and even argue with them about who made what dish first, there’s no doubt that we can learn a thing or two from the very man who built the foundation of this thriving country that started with so much less than us.

Sure, Lee Kuan Yew wasn’t perfect (and Singapore isn’t perfect either), but he understood the need to prioritise what was necessary for the country to move forward, and sometimes, that might lead to decisions that not everyone will like. Like it or not, his methods have made Singapore one of the most envied countries in the world. 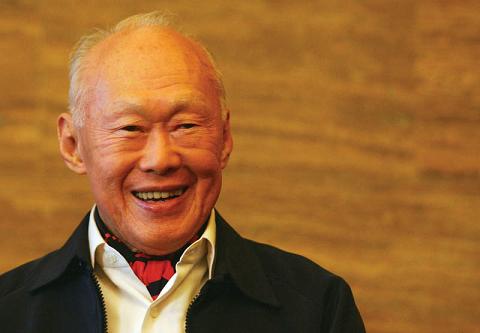 And maybe, that’s something we as Malaysians need to learn… To know which differences we need to put aside in order for our country and its people to move forward.