When Malaysia’s 2015 Budget was first released back in October 2014, it had some good news, and bad news. The bad news was that we seemed to be spending ALOT. We even covered it from the perspective of how to ‘cheat’ the system. However, that budget was when crude oil cost more than US$100 a barrel. 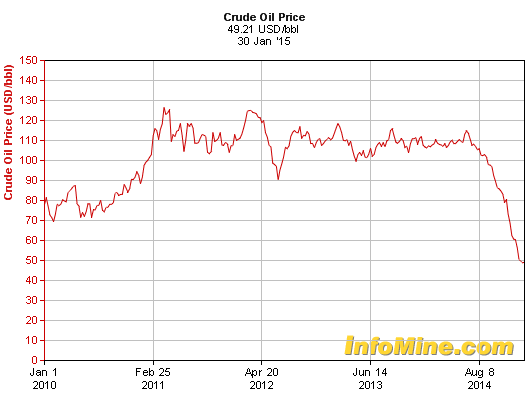 The kinda graph no company wants to see, except maybe in price of kuihmuih – from infomine.com

So what does this have to do with us?

Well, unfortunately, our government receives about 32% of its money from oil and gas. This means that when oil price go down, our Budget needs to adjust as well. So that’s what they did last week. With the re-budgeted Budget 2015, the Government aims to save RM5.5 billion and increase deficit to 3.2% (earlier it was targeted at 3%). How? Well Malaysian Insider lists all the proposals here.

But we’ll be looking at these 2 areas where the Government plans to save money: You might’ve read in the news about the lavish expenses that the First Couple have spent on their travels, so it’s quite good news for budgets to be cut here. For this point, the Government aims to cut out not only travelling but other services like events and functions and the use of professional services. But RM1.6 billion?!! That’s a lot of money, dude!

HSBC, the world’s second-largest bank, released a report stating that it will be NO easy feat to slash costs in these areas. And it’ll be difficult to assess the results also because Putrajaya seems unwilling to reveal the expenses that they’re supposed to be cutting (we went through the Auditor General’s reports). HSBC also concurs that civil service spending on overseas travel memang has low transparency.

Actually Malaysia has pretty low transparency overall. Out of 86 countries, Malaysia ranks only 41, according to a survey on The Independent. Even Singapore, where bloggers are sued by the government, is No. 29. True enough, we couldn’t find a channel disclosing the hard stats about who went where, why, and spent how much on official overseas travels. But you know us…don’t have also must cari. Naturally the first person’s budget we kepo-kepo is our main man Najib himself. . So would anyone like to take a wild guess how much our PM has spent on official trips abroad? Well there are no official stats online like we said (unless you guys know where to find them, then pwease x100 share with us), but…

From 2008 to 2013, he spent RM44.071 million for his official trips abroad, according to Astro Awani. That’s RM8.814 million each year! That’s RM734,516 each month! Taiping MP Nga Kor Ming calculated that it was RM14 million more than what our previous PM Tun Abdullah Badawi spent in 5 years during his tenure.

However this figure goes back to BEFORE he became PM. AFTER he took office on 3 April 2009, the PM has spent RM26 million on a total of 74 trips, reported Free Malaysia Today (albeit even by name, this isn’t the most fair publication in the world). Yikes! Divided equally, that would be RM352,434 each trip. Najib on a PERSONAL trip golfing with US President Barrack Obama. Image from Rakyat Times.

Najib’s trips… no, Najib and Rosmah’s trips at times come under scrutiny in Parliament. MPs argue that they were expensive and did not guarantee returns. Especially when they coincide with personal trips. On 28 June, Seputeh MP Teresa Kok asked the Prime Minister’s Department to explain his trip to Washington (19 May) and Milan (20-24 May) after his work trips to the UK and US.

This pretty much explains why we were even allowed a peek at his spending in the first place! Because it was demanded by MPs in Parliament. So if they also request for other Government officials’ travel spending, maybe the public will get to see more figures. Not just the PM’s. That’s if they’re willing to reveal la…

PM’s Department Deputy Minister Liew Vui Keong defended that it wasn’t a waste of taxpayers’ money because the Washington-Milan trips were personal. For these visits, the Department estimated RM452,985 costs for government officers who accompanied the PM. They included private bodyguards, doctors and security guards. So that means the expenses of guards and doctors, not just senior government officials, are covered too we guess…? “Thank you. Thank you very much! Goodnight Milan!”….. was probably not what he said. Image from News21net.

Like dat can save RM1.6 billion or not? OK let’s play with some numbers here: Malaysia has 1.4 million government servants in total. Najib’s trip cost RM452,985 (but he’s the PM so he definitely spends more). If we take 1.4 million officials times the cost of RM452,985 = can save RM634 BILLION!!!!!!!!!!!! Hooray, CILISOS make fake numbers and baseless estimations and save Malaysia from economic collapse in their heads!!!

Disclaimer: The above calculation is based on fake numbers and unsupported estimations. CILISOS will not be held responsible for economic collapse.

K, k, back to serious stuff. Not fair if we only scrutinise Najib’s spending and not the opposition right? So we found the Penang Government’s expenditure too. Chief Minister Lim Guan Eng in The Malay Mail Online said that Penang has always been finding ways to cut cost since taking over in 2008….such as travelling by economy class for domestic and international destinations. Yep! Guan Eng travels economy. 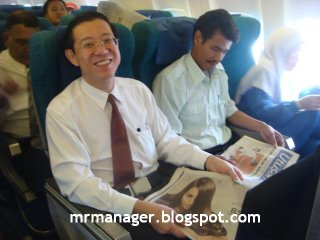 So what’s Penang total expenditure for overseas trips? Is it lower than Najib’s? Malaysiakini reported that when MCA’s Lau Chiek Tuan questioned Guan Eng’s expenditure in 2013 on a China trip, the CM revealed the figure to be RM93,910 for 21 people. Wait. That’s MORE than Najib!

But Guan Eng said: “Our expenditure cost for overseas visits in the last 5 years under Pakatan Rakyat was RM618,000. This is only 35% of the total expenditure of RM1.766 million that had been used by the BN in the 5 years before that,” he stated in Malaysiakini’s report. See Malaysiakini’s chart below for the annual breakdown.

At least we know that there’s a possibility of saving money if they really put their hearts to it. Now what about the second plan – reducing handouts to government-linked companies?

2. Cutting down funds for GLCs and other organisations So the Government is also going to be more kedekut with statutory bodies and government-linked companies (GLCs) from now on. Just like overseas travelling, we weren’t able to find fully disclosed amounts (tsk) of money the Government sets aside for GLCs annually.

In Najib’s original Budget 2015 speech, he did mention 2 things. Firstly, the Government’s MyBrain15 Programme which had cost over RM386 million to date, was to be allocated RM112 million for 2015. Second, EKUINAS which has RM2.3 billion, was to be allocated RM600 million in 2015. Total, that’s RM712 million allocated. So if they wanna save RM3.2 billion, what can they save the extra RM2.49 billion on?

Operational expenditure lor! That means kurang bonus, cut down on running systems like air-conds or lights, cut down on other stuff like office stationery, yadda, yadda… 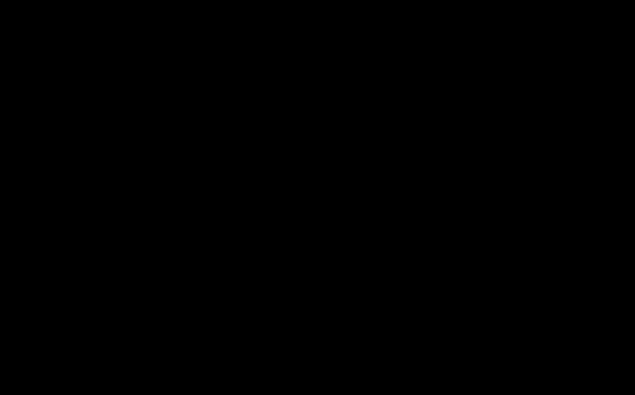 This is what a Government office looks like in the dark.

As for development expenditure, Economist Suhaimi Ilias said on The Malay Mail Online that the Government will continue with the big projects while the ciku ones will be kept on the backburner.

What other developments can the Government rethink? According to analyst Wan Saiful Wan Jan, he names the 1MDB massive Tun Razak Exchange (TRX) development. Considering how ‘scary’ 1MDB is becoming, we’d have to say we agree with this guy.

SURE ONOT!? If fail, what else can the government DO!?

“Our estimates suggest that achieving the new fiscal target will require a challenging combination of political will to reduce operational spending, efficient implementation of PM Najib’s proposed economic measures, as well as stability of global macroeconomic conditions. In short, there is not much wiggle room.” Lim Su Sian, Asean Economist, HSBC, The Malay Mail Online Unedited image from The Malaysian Insider.

Luckily, Government didn’t cut more important stuff like the MRT and LRT budgets or the building of roads. In fact, there’s a whole bunch of stuff are recommended by analysts for them to do, such as reducing government servant bonuses etc. But let’s look at the bigger picture and instead see where our money comes from. According to the WorldBank, Malaysia has the world’s 35th highest GDP at US$313 billion. Guess who’s right behind us at no. 36? 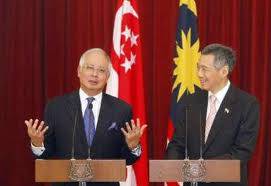 No wonder they’re laughing at us!

Yep, our neighbours in Singapore, with (ugh) US$298 billion. That’s 95% of our GDP, with NO oil, NO land to plant palm oil trees, no trees to chop for lumber, no beaches (Sentosa doesn’t count), and only 18% of our population.

If you answered option 3, it was a trick question! YOU ARE SINGAPOREAN OMG!

ACTUARRY, even CILISOS has a section called SINGAPOKE, to our undying love of our southern neighbours. One obvious theory behind why we hate Singaporeans so much is simply because they show us what we could’ve been capable of. Same gene pool, same temperature, same location, but those annoying fellas earn so much more and they make it look EASY.

Thankfully, the government knows that we need to move away from a resource-led economy. With crude oil supplies potentially ending in 15-20 years, we really shouldn’t be letting it contribute up to 32% of our economy. However, knowing and doing are two different things. Here’s a chart showing oil percentage of GDP in Malaysia up to 2010. Keep in mind that these figures are based on the author’s own calculations.

From a Journal about Malaysia’s reliance on oil by Yudha Prambudia.

We couldn’t get figures for last two years, but we reckon if anything, it’s gone up again. So…

“Make no mistake: cutting subsidies is a good thing. It reduces wasteful use of fuel and frees the government to invest more efficiently in more sustainable growth. But cutting subsidies may in the short-run have made Malaysia more not less vulnerable to oil’s bouncing price.” – Wayne Arnold, ‘Malaysia Crudely Treated by Oil Slump’, 2/12/2014, Barrons.com