Orait guys, this massive drama has FINALLY ended. (Actually no, 10 bucks says some shizz gonna get down tomorrow but that’s just me). In the previous episode of the Selangor MB crisis, PKR and DAP were given the royal backhand-to-face for putting in one name, or rather Wan’s name, and called ‘derhaka‘, ‘biadap‘ dan lain-lain. The issue was far from being resolved back then, with 51% of ugaiz thinking that the case would resolve next year.

So we waited for the next bombshell to drop, and as expected, the drama didn’t disappoint. We’ll bring you up to speed on that in a while.

The crisis may have come to an end, but it’s not without problems. Arguably handled in a less-than-ideal way, the past nine months have revealed much weakness in the young coalition, where leaders and their supporters fight against each other in public like children kicking and punching in stark nakedness, oblivious to just how ridiculous they seem. With the party in its volatile state today, it begs the question – how the heck did we get into this mess??

Here’s the story so far…

Think your TVB and telenovelas were dramatic? No evil mother-in-law or jealous ex-lover could fight this. Where movies and soap operas usually introduce one or two plot-thickening conflicts before reaching the climax, falling action and the end, this crisis saw waaay too many plot twists which snowballed in complexity and fragility, ultimately leading the party into a huge mess. 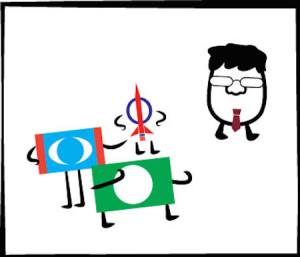 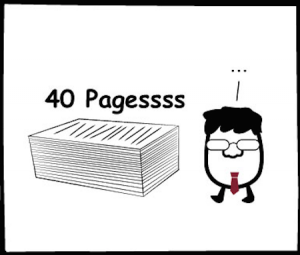 1. PR first sacked Khalid (the one with the bushy hair and specs) because they weren’t happy with the way he ran the state. There were many, many, many things involved, including Khalid’s alleged financial aid from the federal gomen and his no-shows at meetings.

2. PR were so mad they even wrote a 40-pg report complaining about his conducts. The report, more like a listicle, had 6 points against Khalid. It includes the RM66.7 million debt settlement with Bank Islam, endorsement of Kidex highway and signing of MoUs between the state and fed. gomen. 3. Khalid spoke to the Sultan (the one with the yellow headgear) about the matter, who then overruled PR’s actions and reinstated his powers to govern the state.

4. Several exco members had signed a letter to form a block aimed at reducing the effectiveness of the state government administration. Khalid sought the Sultan’s consent to terminate the service of the exco members, and fired them thereafter. FIRED!!! 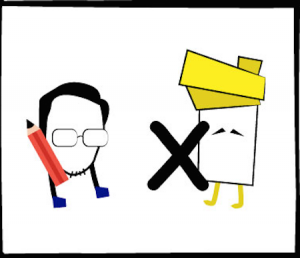 5. Anwar (the one with specs) then wrote in to see the Sultan, but HRH declined.

6. In the meantime, Wan Azizah (the one with the tudung and fan) gathered the majority to support her in taking Khalid’s place. It was super successful btw. 6. Khalid, who initially didn’t want to let go of the position, finally decided to step down. The palace then asked PR to submit names of candidates for the next position, and the names were: Wan Azizah (from PKR and DAP) and three other names from PAS.

7. After that, the palace issued a statement calling PKR and DAP ‘derhaka’ for providing only one name when they requested for at least two. 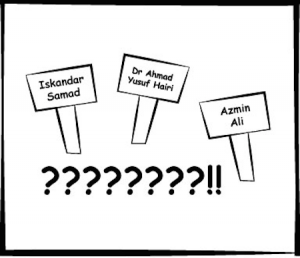 9. The palace then announced their three candidates for the MB position. Instead of seeing Wan Azizah’s name in the list, they saw Azmin Ali’s name instead. The other two names were PAS members.

10. Pro-Azizah supporters were aghast with the palace’s decision, calling democracy being dead in Selangor and that there was no better candidate than Azizah. (And mind you, although in the same party, sources tell us that the both of them have are of different camps, always against each other. So this kinda sucks la for Wan…) Azmin at his swearing-in ceremony today. Photo from themalaysiantimes.com.my

11. After long last, the new MB was finally revealed: Azmin Ali of PKR got sworn in as the new Selangor MB this morning.

A new level of drama has just begun for Azmin, the new star of S’gor

That’s Azmin, if you needed a clearer pic than the one above. Photo from says.com

The Deputy President of PKR, he’s right below Wan Azizah in the party’s organisation chart. Unlike corporate-man Khalid, Azmin’s got a strong political background dating all the way back to the 1980s. In fact, he used to meet Mahathir while he was a university student, even leading over 2,000 dissatisfied students to have a dialogue with the then PM. After his masters, he worked with Anwar (then Deputy PM) as his personal secretary, but became a critic against Mahathir in the later years.

Among some of the things he’s known for are his remarks against Khalid’s administration, his support for non-Muslims using the word ‘Allah’ and a super dodgy video of a lookalike getting it on in a toilet in 2012. (His party said it was an attempt to frame him.) And fun fact: he’s also Malay celeb Azwan Ali’s brother. Here’s a photo that started circulating late last night. 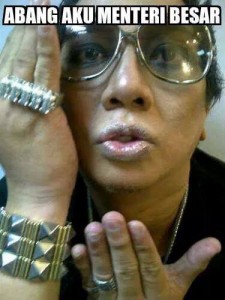 Azwan Ali, the creative one. Photo from various users on Facebook.

Close political ties, close entertainment ties… None of them discounts the fact that Azmin’s got a huge load on his shoulders, tho. In an open letter by The Malaysian Insider, Azmin was reminded that after nine turbulent months, and even during Pakatan’s second term as the state gomen, he’d have to step up and show that Sultan has chosen well. The letter stated that there is no honeymoon period and that he had to do well from Day 1, regardless if he thinks it’s fair or not.

He also needs to remember this is PR’s one last shot “to show Malaysians that it has the ideas and policies to run not just the wealthiest state in Malaysia, but the country also”. With a whopping RM3 billion fund in the state’s coffer, he is also reminded that the money belonged to the rakyat, not PR. Read more here.

If you were Azmin, you’d be gutted to swallow all that. The position is a strongly coveted one, and one that will need much support from the people, the federal government and the party in order to effectively run the country’s wealthiest state. His terrible repo with Putrajaya, coupled with the lack of support from his party (they didn’t even want him as MB, they made it clear since Day 1), he needs all the luck he can get to run the show.

On Azmin’s first day, he declared that he’d be reviewing all agreements made during the past, including Khalid’s high-profiled water restructuring agreement with the fed. gomen.

“It is my responsibility to continue these policies for the sake of the people and to ensure a stable government that is truly accountable and responsible.” Azmin Ali, new Selangor MB

So what happened to the rest of the cast?

Wan Azizah accepted the Sultan’s decision and gracefully withdrew her candidacy but her party on the other hand issued a “strongly worded statement”. In a report by The Malay Mail Online, the party didn’t agree with the way the palace dealt with the process of nomination where Wan Azizah was not even called upon even though she had the majority’s support. 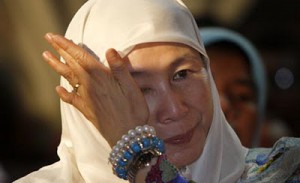 She tried so hard and go so far, but in the end it didn’t even matter. Photo from beliabangkit.blogspot.com

As for the PAS candidates, well quite kesian also la cos nobody even asked about them… Or talked about them… We’re guessing nobody thought they were gonna win anyway. We also don’t know what happened, but we’re thinking they went back to their daily lives lor.

Khalid Ibrahim took his last bow yesterday, but not without an epic move. On his last day as MB, Khalid freakin’ sacked Anwar from his position as the State Economic Adviser, you guys. The move, which made headlines after news of Azmin’s appointment, would put an end to the criticisms and accusations against the Selangor state government. According to a report from The Malay Mail Online, most of these complaints questioned Anwar’s paycheque and his role. As for the rakyat, responses have varied – many are still for Khalid and are sad to see him go, but at the same time many are tailing on the same strings as PKR, disappointed with the way Wan Azizah was treated and accepting Azmin with hopes that he’ll be, in their eyes, better than Khalid.

The ball’s on Azmin’s court, but it’s game over for everyone else. On behalf of the people of Selangor, CILISOS wishes nothing but the best for the state (we’re Selangorians too!). May the force be with you, MB!
Share this article: