A few weeks ago, Maxis sponsored a contest for us to find out what were the most anti-social things Malaysians were doing with their phones. We’re talking about that annoying habit where everyone’s busy on their phones, barely talking to their friends or family or whoever they’re supposedly spending time with. Before we get to the results, let’s re-use the poll from our contest announcement. Why Maxis wanna find out about antisosials?

Well, they’ve got a gadget that could cure this anti-social behaviour. Introducing…. The Google Chromecast, which is sold exclusively by MAXIS at RM170 (RM150 if you’re a One Plan customer). How does it make you less anti-social? Well it moves what you see on your teeny weeny mobile screen onto your 50-inch LED TV OMG .

Ini macam. Note how all these angmoh looking at the SAME SCREEN now. Image from Google

In case you’re wondering, it doesn’t just wirelessly cast your screen – any media adapter or ($$) Smart TV can do that. Actually what’s REALLY cool about it is that your whole family can sit around, take turns queueing YouTube videos, surfing websitesor even playing trivia games together. WOOOSAAAA…. Wouldn’t this be better shared with your friends n family?

Imagine an interactive TV dinner with everyone showing their Lolcats, or the GRIMFilm’s latest vid.

And of course you can stream everything from your Chrome browser on any platform. Of course, visit maxis.com.my/chromecast for more info.

In the meantime, here are the results of the contest they sponsored – The Top 10 signs that Malaysians are addicted to their mobile phones (together with a few shameless Chromecast plugs). 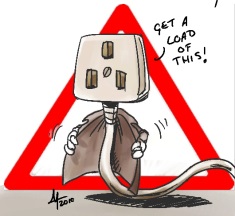 (Don’t worry k… winners will be contacted via email soon!)

“She selfies everywhere she goes and non-stop WhatsApping, doesn’t even look at me when she is talking to me. Shopping mall, movie theatre… Just everywhere.” – Shatiswarren s/o Pachiappan

Aiyo. poor dude. You can juuuust about catch a glimpse of poor Shatiswarren in the third picture. Actually, CILISOS covered this one before in this article about 15 types of Malaysian selfies.

Don’t feel too bad about it tho. Even the world-famous 17th-century painter Rembrandt took 80 selfies with oil and paint over his years. Rembrandt also selfie. We think he used a bit too much sepia filter tho – Image from The New York Times.

2. Don’t even talk at the mamak “When we go to the mamak, all of my friends don’t talk to me. They’re always busy with their phones, so if I want to talk with them, they’ll said ‘I’m busy’.” – Syed Haziq

Chromecast plug: If the mamak fler installs one then EVERYONE can choose which YouTube video they wanna watch next.

3. Glued to the bed, even on a beach holiday “We were in Phuket and it was a bright and sunny day.. And all they were doing was on WiFi.. Right from KLIA2 up till the return to KLIA2.. Best part is, they wont budge from the bed until forced to..” – Kaviarasan Murugaya

Well… Sometimes technology’s a beach. In fact, why not go to Barcelona lor – apparently their beaches will be WiFi enabled later this year!

Chromecast plug: To be honest, CILISOS staff have experienced this before. Our editor’s solution? He brought the Chromecast on his beach holiday 🙂

4. Always complain low data, even after quota is renewed “My friend would always be watching new movie trailers. But when he asks me to watch, and if I asked him to show it to me on his phone, he’d say that his data is low. Yes it happens even just after his quota is renewed.” – Yugendran s/o P.Jeya Sangar

Ask him to ask the Phuket fellas how they WiFi-ed all the way. Or since we’re already doing sponsored content here, why don’t you check out Maxis’ SurfMore plans 😎 #CILISOSbrownnosing.

5. Screen brightness is always at 1%… “When he needs to lower his brightness to 1% because his eyes just can’t take it anymore. But y’know, that isn’t the only sign. I know this guy is so addicted that he once got into a fight with his mom just for the right of internet accessibility.

This guy would do his everyday task while on his phone. This guy is the kind of person who would take a selfie in the gym and then post it, then he would get out of there. But what’s really funny is this guy is actually me ._.” – Amir Borhan

Thanks for being honest, Amir! But honestly…were you reading Sinar Harian? Uh hur hur hur…

NAH, BACA:
How much does it cost if you kena coronavirus in KL? The answer might surprise you.

Actually right dood, at least in bed, this is actually a good habit. If you lower the brightness you sleep better.

“My wife rests the bottom of her phone on her pinky finger. She’s always on her phone, so now, if you look at it properly, it looks like she has a distorted pinky finger.” – Wei Khern Anyways, apparently science sez the phone doesn’t actually cause this.

7. Need notes to remind themselves about family stuff “Chinese kids will understand. You see the blank faces when they arrive at the dinner table (CNY/grandma’s birthday/etc) and they can’t remember what to call their aunts and uncles.

When they separate the family according to adults and kids (cos too many people to fit one table), you see the kids table all looking at smartphone and don’t wanna talk to each other.

Months later they can’t be bothered to remember who’s doing what. So the smarter ones learn to take notes for next year’s dinner.” – Michael Kwan

Ok do ugaiz really do this??

Chromecast plug: Chromecast cannot help you with this one.

8. They won’t even put down their phones even in LABOUR!? ಠ_ಠ 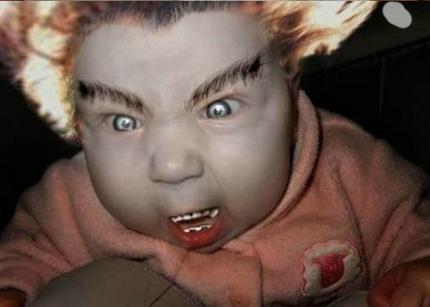 MOMMY SUFFERED BUT YOU ONLY CARED ABOUT FESBUK! Photo from trulygraphics.com

“He’s usually on the phone all the time and everywhere, but who would have guessed he would do it while in the labor room while his Mrs. was oh well, in labor?! It was the cherry on top of ALL the icing!” – Annette Jo

Maybe he was more interested in his wifi than his wifey…? Again, you won’t believe it but HE’S NOT ALONE!

“Sometimes men are very anxious at the birth, but I still don’t see, however anxious they are, that the phone would be helpful in this context.” – Men glued to their phones or iPads during Wive’s labour, The Telegraph

Chromecast plug: Can attach to the HDMI at hospital room, then husband and wife can play together? (PS: Maxis will not be responsible for outcome of given scenario) “Aiyo, I tell you ar, nowadays you can even be anti-social to fun rides. You know I was in a mall, then I saw this mini fun fair and I was like , “Those were the days man.” Innocent kids having fun without the need to check FB every 30 seconds. Then I saw this Merry-Go-Round and a little kid just entered. And I was like “So fun wei, I also wanna hop on go Weeeee~ ”

And then something shocking happened… The kid on the ride didn’t go Weeeee~ He wasn’t even looking in front! He was just playing games on the phone for the whole ride! Aiyo what has the world gone to la. Later next time you see people go roller coaster also just bz checking FB and complaining why the fren that baru check-in hipster cafe bojio him go yumcha.” – Jeremy Song But to be honest, some of those shopping mall rides quite lame also la.

Chromecast plug: Save money on the sill rides la haiyo. If the brat just wants to stay on the phone then just stay home, plug in, and play some Chromecast games together on the big screen.

10. Your Ma/Pa/Ahma/Kungkung waaay more updated with online stuff than you are “My mum watch YouTube every night instead of the TV. After that, she will even tell me about what she found on YouTube which I didn’t know about…” – Margarette Glenn Chong

Chromecast plug: Watch YouTube with the whole family lor! (PS: Maxis does not take responsibility for the type of videos shared in this scenario)

Congrats to all our winners! 3 of the fastest winning entries have won a Chromecast each and the remaining 7 scored a pair of movie tickets. (We won’t tell you who won what, after kena rompak then cialat.)

Yep… for almost every example you guys sent in, they’re experiencing it somewhere else in the world as well. So what’s the world to do? Well, in this episode of South Park, they argue that personal screens have ‘killed’ the living room TV, which was where the whole family used to gather. “Now with Ma on her iPad, and Dad trending or trying,

All the family is scattered, and the living room’s dying.

Because it wasn’t the outdoors or church or even trips to go ski,

What brought families together most was a good old TV.”

Thinking of getting a Google Chromecast from Maxis yet? #lastmentionpromise. Thanks to everyone for joining! For those who did, if you wanna stop your friends from being antisocial, we have an alternative. Maybe you and your friends might wanna try… *Some of these quotes have been edited for editorial purposes