When we were younger, most of us would have imagined university professors as smart but eccentric people who wears lab coats all day and have white and crazy bed hair. 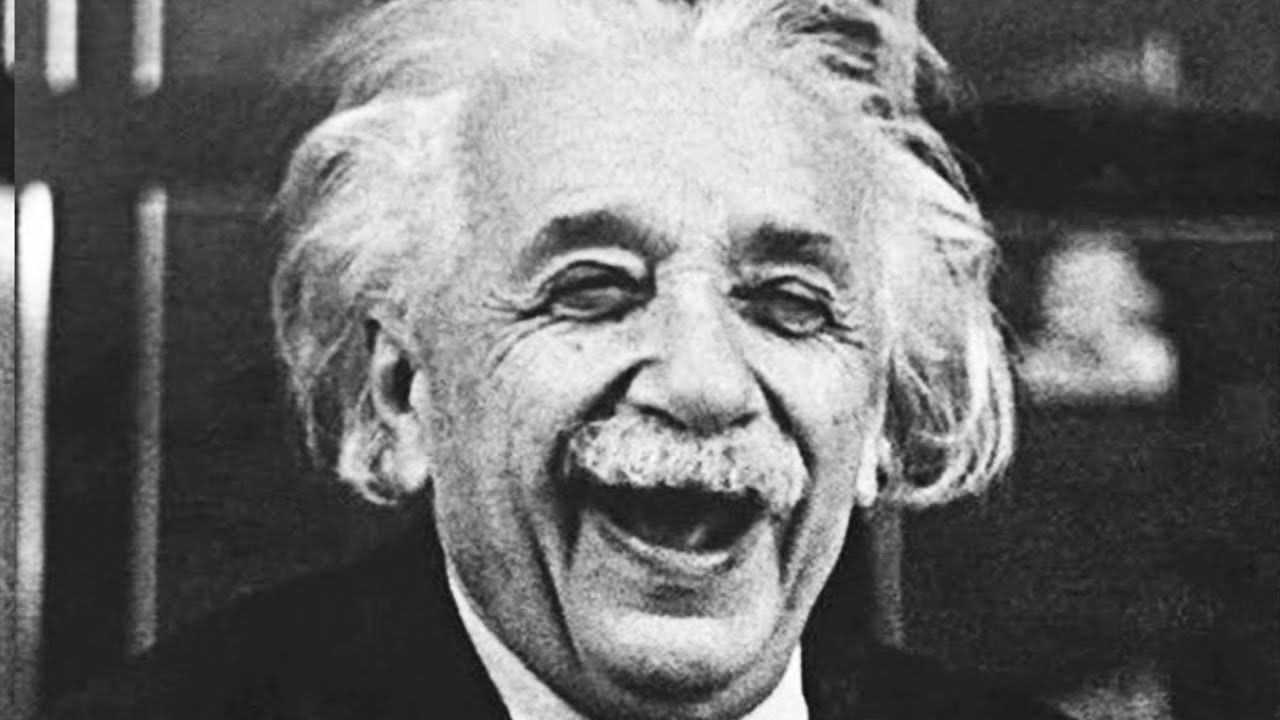 No doubt because of this guy. Image from smsmith.com.au.

But as we grew older, and got to know more about universities and professors, we learn that professors are simply highly certified academicians that exist in many different fields and discipline, and they come in all shapes and sizes too.

An average Malaysian would start from kindergarten and hopefully end up in an university for a Bachelor’s Degree or an equivalent. Some would pursue their studies further to obtain a Master’s Degree and even a Degree of Doctor of Philosophy (PhD), which is the one that gives you a “Doctor” title without having to be a medical doctor.

Most of the time, these doctors work in universities as lecturers while continuing to do academic work. Based on their performance and contributions, the university might level them up to “Professors“. In the academic professor ranking system in Malaysia, the 2 most esteemed titles are Royal Professor and Distinguished Professor. The second title comes with a neat salary and allowance of RM23,800 – RM31,800 a month, MORE than the Prime Minister’s salary of RM22,826.65.

Until today, there is one person who has received the Royal Professor title: Ungku Abdul Aziz (father of former Bank Negara Governor Zeti Akhtar Aziz). But for Distinguished Professors on the other hand, the total number was only recently raised to FIVE. You’ll know why there’s so few once you find out how they earned it: 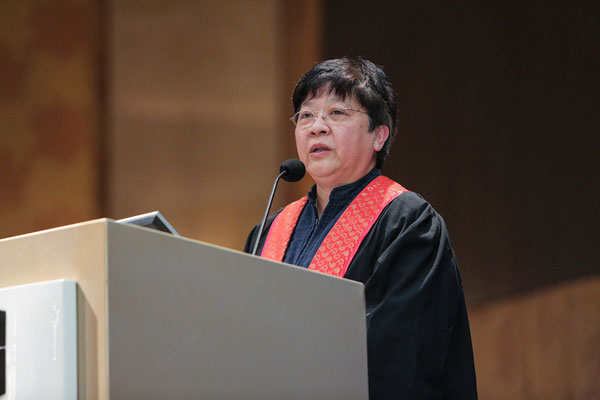 When she was 36, Dr. Looi Lai Meng was promoted to Professor of Pathology in University Malaya, making her one of the youngest professors at the time. For those who don’t know, pathology is the study of the cause and effect of diseases, so they deal with organs and dead people a lot. Trained as a doctor in Singapore, she further specialised into pathology, and ended up focusing on research, while earning a bunch of academic titles to her name.

You might remember doing a final year project (FYP) if you attended university, with the citations and methodology and stuff. With enough polishing, your FYP could actually be published in a relevant academic journal for researchers to see! Well, Professor Looi has more than 380 of those, and her publications had been cited more than 2,200 times.

But are they purr reviewed, Dr Looi? Image from lecatts.wordpress.com

On top of all that, she’s Malaysia’s oldest serving diagnostic renal pathologist (pathology surrounding the kidney, basically), and she serves as a technical advisor to World Health Organisation (WHO). Perhaps what enabled her incredible success was her belief in hard work, as reflected in her word of advice to young Malaysians:

“Believe in yourself and believe that you can make a difference.  Be ready and willing to learn and think out of the box. Most importantly, never be afraid of hard work.” – quoted from The Merdeka Award

2. Harvard and 12 other universities invited him to be their professor

Distinguished Professor Datuk Dr. Shamsul Amri Baharuddin is a professor in Social Anthropology, which studies societies and culture. So from time to time, he’s voiced his opinions on issues from government policies to the elections.

He worked in Dewan Bahasa Pustaka, UM and is currently in University Kebangsaan Malaysia’s (UKM), where he founded the Institute of Ethnic Studies (KITA). He’s also been invited to more than 10 universities from 9 countries, including big names like National University of Singapore, Harvard University, and Kyoto University to work as a visiting professor.

“Involved in the research and writing about politics, culture and economic development focused on Malaysia and South East Asia for 25 years, his works are the reference of many higher learning institutions in Malaysia and abroad.” – from the Professor’s CV on UKM website

According his CV, his opinions about socio-political situations in the region are also sought after by foreign media like BBC, National Geographic and Al Jazeera. Professor Harith Ahmad earned his Bachelor’s Degrees in Physics at UM, and did his PhD studies in University of Wales, UK. Because of his poofy and curly hair, many of his students and friends nicknamed him “Albert Einstein”, while he actually thinks that Einstein is “over-rated“.

“The scientists I admire the most are Max Planck and Louis de Broglie. They built the foundations of quantum physics.” – Professor Harith Ahmad, quoted from Malay Mail Online

But looks aside, Professor Harith Ahmad is a physicist that specialises in the area of photonics, which is the physics of everything to do with light.

I too am an expert of lights.

He might very well be the first Malaysian to venture into photonics, as it was relatively unknown even internationally. Because of that, Prof Harith said that he is a self-made person, as he never really had a mentor, and was taught by the British PhD system to be independent.

NAH, BACA:
Is wearing the Malaysian flag as underwear actually wrong? We investigate...

Today, he is an inventor who co-owns 10 patents with Telekom Malaysia. He also established a photonic research center in UM, an international state of the art research center that often collaborates with overseas universities, and also a place where he spends most of his free time.

“You should enjoy what you are doing, and if you think you cannot enjoy it and there is no passion, it would be better to look for something else to do.” – Professor Harith Ahmad, quoted from The Merdeka Awards

4. The Islamic Studies professor who wrote an encyclopedia of Malaysian religions

Professor Dr. Kamal Hassan is considered to be the leading figure of Contemporary Islam in the Malay world. He studied started his academic journey in University Malaya in 1965, and later further it to Columbia University in New York, where he not only completed 2 other degrees, but also his Masters and PhD as well.

He returned to Malaysia, and later became the dean of International Islamic University Malaysia (UIAM), a University that boast alumnus like ex-IGP Khalid Abu Bakar and former DAP MP Fong Po Kuan. Despite all that, he still feels that he is unsuitable as a leader, and would much rather assist than lead.

Maybe that’s why he has contributed so much in terms of writing in philosophy, religion, and education. He’s even published an enclyclopedia called The Encyclopedia of Malaysia: Religions and Beliefs, a book that’s called “the largest reference work on Malaysia ever undertaken“. It details each religion in Malaysia even in the historic and regional aspect.

Professor Dr. Rajah Rasiah might not be a name familiar to the public, but in the economy field, he’s basically an international superstar. Not only is Prof. Dr Rajah is not only well known in economics locally, but also in most S.E.A countries because they’ve all adopted his research into their own government’s policies!

“He has mentored more than 30 PhD graduates, some who are currently professors in local universities and leaders of private companies.” – quoted from BH Online

Malaysia could really use more academics and intellectuals

It’s no doubt that great minds are capable of doing great things for the country, if they choose too. But Malaysia could be facing a shortage of trained and certified academicians. Based on a 2010 survey from Our World In Data, the percentage of the population that has a degree or higher in Malaysia is only between 5-10%, while the highest was America at 30-35%. According to Prof. Datuk Dr. Raduan Che Rose from the National Professors Council (NPC), out of 33,000 lecturers in public universities, only 1,867 are professors. To achieve the standard of a developed country, the NPC targets to bring the amount of professors to between 10 and 15%, but the current percentage is only 5.65%. The long road to professor-hood seems to take many years from one’s life too, as more than half of professors in Malaysia are aged 55 and above.

“They have too little time to serve and utilise their expertise, so I think the retirement age for professors should be extended.” –  Prof. Datuk Dr. Raduan Che Rose, quoted from Kosmo

So to reach the top, it would seem that Malaysia should really get to nurturing Malaysians. Distinguished Professor Harith Ahmad thinks that the major blockade is the lack of racial harmony, and big companies should also bear some social responsibility to benefit students of all races. But instead of waiting for the government or teachers to do something, perhaps its a collective responsibility, especially when kids aren’t even fed properly in KL.