Another day, another government linked company having personnel changes at the very top. This time tho, it’s a little bit more important and significant, as it involved Malaysia’s sovereign wealth fund – Khazanah Nasional.

It’s also a pretty political change, as with former managing director Azman Mokhtar and the board of directors leaving, they’re set to be replaced by a list which includes Prime Minister Dr Mahathir and Minister of Economic Affairs Azmin Ali. Reports coming in claim that among the various reasons why the new govt has decided to replace Azman Mokhtar and co is that there’s been multiple bad investments by the the former Khazanah boss.

“It is quite obvious they (Khazanah) are doing all kinds of funny things – they are buying houses, they are taking over companies (which is not the original purpose Khazanah was established),” – Prime Minister Mahathir, as quoted by The Edge 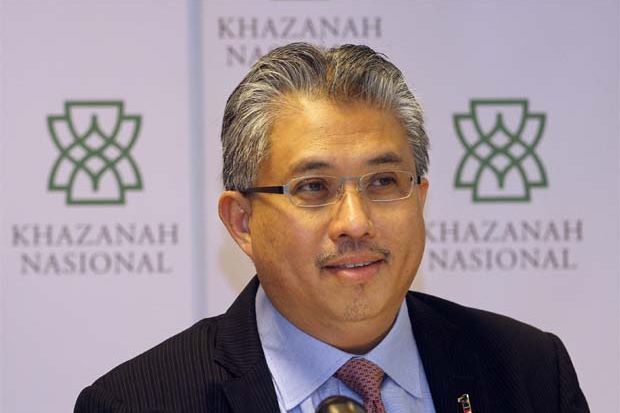 Azman Mokhtar, the now former managing director of Khazanah. Image from The Star

Of course, not everyone believes that Khazanah did badly in recent years. Opposition MP Khairy Jamaluddin released a passionate defence of Azman Mokhtar and his service to Khazanah, which you can read in full by clicking here. But to sum it up, KJ’s saying that the new govt had essentially forced out Azman and his team, as well as purposely highlighting losses to tarnish Azman’s image.

And then there’s also the now viral video of Khazanah staff giving Azman Mokhtar a huge sendoff during his last day at work:

All this talk about Khazanah and Azman’s investments during his time as managing director got us thinking tho, like, was he really that bad? As such, we here at Cilisos thought that it’d be a good time to highlight Azman’s most important investments and business deals since he took charge in 2004 – regardless of whether they ended up with a loss or a profit.

1. The failed investment into a lingerie company

You’ve probably heard of it by now that Khazanah had invested a whopping RM80 million into Zivame, an Indian online lingerie company, and that the investment was one of their worst moves under Azman Mokhtar as the company did badly and that the RM80 million had to be written off. Well, that’s what Economic Affairs Minister Azmin Ali claims anyway. 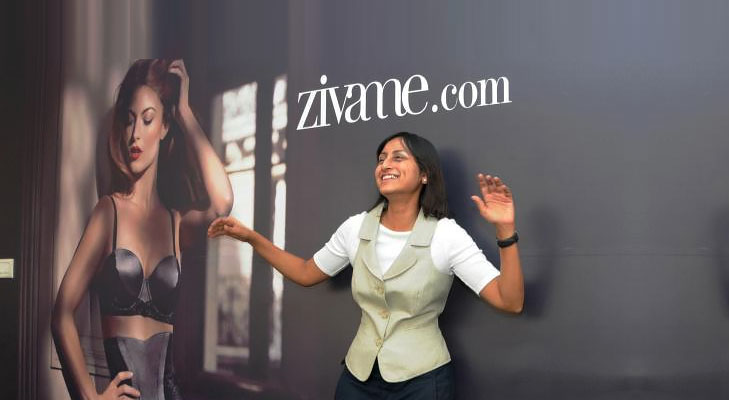 Zivame, the Indian lingerie company at the heart of the controversy. Image from Vocket

The former managing director of Khazanah himself also retaliated, claiming that the money that they invested into Zivame still has potential to become a profit.

“Zivame remains a going concern and in fact has just had its best-ever quarter and we remain quietly confident that we will be able over the medium term to recover all or almost all of what we have provided for, insyaAllah,” – Azman Mokhtar, former Khazanah managing director, as quoted by The Star

He added that, with India a country of over a billion people, and with half of them women, the investment into Zivame made sense. In any case, as a fund, Khazanah is bound to make some losses here and there as well as some profits here and there. Khazanah also doesn’t reveal most of its investments regardless of whether it’s profitable or not as their business deals often come under non-disclosure rules.

2. The USD1 billion dollar profit off one investment

When former PM Najib Razak was defending Azman Mokhtar and his time at Khazanah, he made a reference to other deals that brought huge profits to Khazanah which Azmin Ali had not told the Dewan Rakyat. One of these deals was an investment into a Chinese online retail giant that brought back an incredible one billion USD in profit – Alibaba. Back in 2012, when most people didn’t even know how to buy stuff online let alone have heard of Alibaba, Khazanah decided to take a chance with the online retailer and invested USD250 million into the Chinese company. In just a few years, that figure has grown, with Khazanah’s shares in Alibaba worth over one billion USD by 2015.

Of course, just because a big company got some profit of a business deal doesn’t mean that the situation for most Malaysians have improved. But Khazanah’s early trust of Alibaba has seen some good returns for the Malaysian public. Jack Ma, Alibaba’s founder, has recently announced his plans to invest significantly in Malaysia, promising jobs and developing local talent.

“The prime minister (Tun Dr Mahathir Mohamad) likes our idea about not coming here to buy land and build and construct without hiring local people. We are here to enable Malaysians,” – Jack Ma, as quoted by EdgeProp

It definitely seems like Khazanah’s investment into Alibaba has been positive for both the accounts ledger and the common Malaysian. But what about our local companies?

3. The various attempts to patch up our GLCs

One of the earliest things Azman set out to do when he took charge of Khazanah was to revamp and fix our ailing government-linked companies (GLCs). It was from this task that he announced the GLC Transformation Program in 2004, a 10-year project where Khazanah would attempt to turn our GLCs into ‘high-performing and regionally competitive’ powerhouses. Of course, with so many GLCs in Malaysia, some of these plans didn’t work out the way Azman and Khazanah probably hoped it would. In his farewell letter, Azman highlights two big GLCs that he admits he has failed to turn around.

“There were companies where we have failed or not been able to turn it around completely thus far for various reasons including MAS/MAB in particular… but also Silterra…,” – Azman Mokthar, in his farewell letter

However, he does note that MAS is on the road to recovery by 2019, while Silterra, a semiconductor company, has made some modest profits over the years. Some of the more successful GLCs that Khazanah has managed to turn around tho include a few big names in there, such as CIMB, Axiata and Tenaga Nasional Berhad.

On top of that, it’s also perhaps worth noting that a few other GLCs that Khazanah play a role in don’t have a great outlook ahead of them. Astro is set to experience some trouble ahead with huge competition coming from the likes of Netflix. Iskandar Malaysia meanwhile also has a rocky future ahead as their plans to develop Johor has taken a hit with the cancellation of the high speed rail that would’ve connected it to Singapore.

As we go back to last decade to look into Azman’s wheelings and dealings, we also found one deal he made in 2008 that we just couldn’t ignore…

4. The RM3 billion secret investment that imploded in Wall Street

As more and more reports appear about Khazanah’s bad investments over the years, while the RM80 million lingerie deal may have garnered a few more headlines, quite a number of articles also reveal a huge RM3 billion investment into the Swiss bank UBS, almost all of which were lost when the Lehman Brothers collapsed and triggered the global financial crisis of 2008. In a move that seemed to be straight out of some B-grade Wall Street movie, Khazanah had pumped RM3 billion into UBS under the codename Operation Twist. Operation Twist then evolved into Operation Red, with Khazanah then hoping to get 2.6% of UBS. However, with the Lehman Brothers imploding faster than BN during GE14, the deal collapsed and RM3 billion was lost forever… or so it seems.

As it turns out – well according to Azman Mokthtar anyway – the losses incurred from the UBS deal was um, only RM1.7 billion, not RM3 billion. This is because while their actual investment was RM3.6 billion, they recovered over half of it in the end to minimise their losses.

2008, when stocks fell more than my CGPA in uni. Image from Mashable

Azman also notes that an investigation of the deal happened after the financial crisis, which cleared Khazanah of any wrongdoing, with most of the blame put on the fund managers that had been handling the deal. He also points out that the deal going wrong was just part and parcel of investing, and that other sovereign wealth funds also made losses during the financial crisis of 2008. Like, you can’t win em right?

But Khazanah did make one win, and you’re probably reading this story thanks to it.

If you live in a high rise condo or apartment in Klang Valley, there’s a good chance you’re currently using internet by Time. Indeed, many of this writer’s friends living in landed properties have complained of their own internet and wished they had the speeds that Time offers. It’s a pretty well known company for many of us in the city, but did you know that Time used to be criticised as one of the worst investments Khazanah has ever made?

When Time first went public in 2000, literally no one bought any of their shares. The situation was so bad that Khazanah bought up to 30% of Time’s shares just to save the company. Funnily enough, the main reason Khazanah stepped in was reportedly because if they hadn’t, SingTel would’ve, and the then-Prime Minister Dr Mahathir did not want the Singaporeans to own a Malaysian company.

It never really did that well in the years after, and the financial crisis of 2008 only placed more pressure on Khazanah to let go of Time. Azman however got himself quite involved with the takeover process, in the end choosing to work together with what was then a group of unknown 30-year olds. They then came to a deal where Khazanah would still have a hand in Time thru a separate investment company that Khazanah has a majority in.

The man that took over Time, Afzal Abdul Rahim, remains with them as their CEO and Khazanah continues to own a part of the internet company. All in all a pretty win-win result, don’t you think? The think tank IDEAS has come out and stated their worry over Dr M being a director of Khazanah, warning that this could cause a power imbalance in the company.

“There is an inherent power imbalance with the prime minister there. As an alternative, perhaps a civil servant such as a representative from the Prime Minister’s Department can sit on the board,” – Aira Azhari of IDEAS, as quoted by Free Malaysia Today

As such, there’s perhaps even more pressure on the current Opposition to do their duties and act as a check and balance on the government’s actions, including Khazanah. Khairy Jamaluddin seems to be doing the job for now, as he highlights Mahathir’s seat on the board as ‘not right’ especially as it’s the Ministry of Finance who owns Khazanah, and not the Prime Minister’s Office.

Regardless of your political leanings, it is perhaps good for Malaysia’s democracy that we have healthy discussion going back and forth regarding important issues such as the fate of Khazanah. Malaysia Baru, right?