If you’re past Form Five, chances are, you… like us… didn’t watch STAR WARS on a giant IMAX screen, but on an old CRT TV with turn dials like this (in fact it’s still playing on TV up till today!). Why? Because the original Star Wars came out in 1977 (our ancient editor was born in 1979). Bulu naik when the song comes on mannn. Unedited image of tv from motherearthnews.com.

The movie series goes back almost 40 years can still give a person goosebumps every time you hear their music or see those words scroll down. Heck this piece of news about a Tie Fighter and X-Wing (Star Wars air crafts) coming to Changi Airport in Singapore kena also share like dunno how many thousand times (like here and here).

But regardless of what happens in Singapore, we Malaysians have our very own Star Wars culture too. So much so that we recently even had Star Wars day in Malaysia (usually on May 4th because May the 4th be with you). But aside from that, in our journey to look for how Malaysians demonstrate their Star Wars fandom, we found a number of things made by Malaysians (probably Force-sensitive people). And also because Star Wars: The Force Awakens comes out next month, we thought why not, let’s do this la.

So here we go! 5 really cool (and some quite cute) Star Wars cameo appearances in Malaysia! 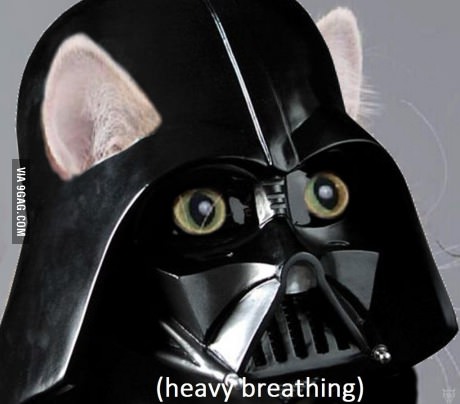 1. Darth Vader vs Doraemon at Putrajaya

We know Darth Vader had a rather short temper, but we’re saying that he was literally a hot head air balloon at the 2nd Putrajaya Hot Air Balloon Fiesta back in 2010.

Also he faced-off with Doraemon. Geddit? Faced-off? Image from lizloteng.blogspot.com.

The Daily Mail reports that this balloon was one of 22 hot air balloons that took part that year. Visitors to the fiesta even had the opportunity to ride in them. Imagine that, people were able to get inside Darth Vader’s head. That just gives a whole new meaning to the phrase Jedi Mind Trick la.

The fiesta is in it’s 7th year and though Darth Vader seems to have not made an appearance since, the 8th Putrajaya Hot Air Balloon Fiesta is scheduled to happen in March next year.

2. This one restroom ‘lightsaber’ duel

Reminds us of this other movie only our older audience would remember. Image from 1MDBtees

If you’re a Star Wars fan, you’ve definitely imagined yourself in a lightsaber duel. Don’t care use what la. Branch la, broom la, roll of mahjong paper la (then kena scold by parents after). Heck this video even takes it to a whole new level….a very fluid level, which makes us pity the cleaner (you should probably pity Malaysian toilet cleaners in general tho).

Released by Alvin Teoh, who’s a creative dude at Malaysian ad agency, Naga DDB, it was apparently deemed as a wee bit inappropriate (heehee) for a particular client, so they decided to shoot it anyway (so awesome)! Wouldn’t be the first time they’ve shot things for fun… check out CILISOS’ favourite CNY vid of all time. The best CNY ad ever made. Peperangan Bintang: Harapan Baru, is a legit show that features characters like Sangkala Vedah (Darth Vader), Perantau Langit (Skywalker), and Tuan Puteri Leia (Princess Leia). Together with a master puppeteer, the 3 of them have been working hard to put these wayang kulit characters into an actual Star Wars episode. Click here to read in more detail about its development.

NAH, BACA:
Malaysia may get China's vaccines early. But those who tested it, can't talk about it.

The Malay Mail Online also reports that this Star Wars project is actually part of a bigger project called Fusion Wayang Kulit, an organisation that seeks to “revive this Malaysia traditional culture by merging it with fusion element & enhancing it with various multimedia components.” And it really is worth checking out because aside from Star Wars, they have super heroes as well. Let’s see if you can recognise them. A life size Lego Darth Vader being led to his destination. Because even Sith Lords get lost sometimes. Image from Straits Times. Speaking of which, they even built a Lego Death Star! Image from sengkangbabies.com.

So in Sept last year, Legoland Malaysia launched the Lego Star Wars Miniland in conjuction with its 2nd anniversary. And as the reports go, it was a heck of a lot of work. Sorta like building the Death Star, but not with it exploding in the end. *RIP 6 trillion crew members*

Cost alone, the Straits Times reports that the Star Wars Miniland, which is the 6th of its kind in the world, took RM6 million to make!

And if you’d refer to the structure on your right, that huge round ball of death is made up of 760,000 different bricks, and took a total of 4 months to complete! And that’s just one structure! But if you wanna read more about the whole process of the building of Star Wars Miniland, The Malay Mail Online talks about it here. And it’s incredible how this one theme park has led so many fans to showcase just how much Star Wars means to them.

5. The Empire even tried to conquer a kampung! And the only people who could stop them were these 2 kids (and their droids)! Taken from Zahirphotowork official Facebook page.

In the midst of finding Star Wars stuff related to Malaysia, we actually Googled ‘Star Wars Kampung’ and stumbled upon these. Tis’ be the work of Zahir Batin, a Malaysian photographer. In an album titled ‘The Intruder’, these Star Wars inspired photos were taken at near his home of Tanjung Karang, Selangor.

And how can you deny that these look really sickkkk! Just look at this kid taking on a Sith! We didn’t even make this. Zahir Batin did it himself.

Or even these massive TIE fighters lined up across a padi field. This isn’t the first Star Wars photoshoot by Zahir Batin though. He has also taken some pretty cool shots using miniature Star Wars figurines which you can check out here.

It doesn’t matter if you’re a Jedi or a Sith, Malaysians lurvee Star Wars

Yep. The original Star Wars movie (before it was renamed as Episode IV) is friggin 38 years old. And yet, after a screening at the office, we still all broke out into applause. Cos some things are truly timeless, and in this case… universal. PS. The US really did have a Star Wars program. Click to find out more.

Whether we watch it through cinema reruns, or we buy the CD, or even on TV or Astro, confirm Star Wars has left its mark on Malaysia (as demonstrated above). Heck, even CILISOS‘ editor-in-chief quotes Yoda whenever writers tell him that they’ll try to meet their deadlines.