If there’s anything to be said about this country, it’s that Malaysia is one that’s teeming with cultural diversity, from Chinese customs to Malay arts.

And one such cultural art form is wayang kulit. Basically, wayang kulit’s a traditional shadow puppet show passed down from our creative Malay moyangs who didn’t have Akademi Fantasia to entertain them at the time. While there are still people performing wayang kulit nowadays, it’s been called a dying art at times, as younger generations have been losing interest in it.

However, it’s not entirely dead. On the contrary, there’s a potential for it to be brought back to life now by the Fusion Wayang Kulit (FWK) duo Tintoy Chuo and Teh Take Huat. How so, you may ask. Well, if you didn’t already catch it in the photo above…

When you think about wayang kulit, you’ll probably think about the fact that it’s a very old and very traditional form of Malay culture telling ancient legends or stories. But that’s not the case with FWK, an organization that’s trying to do something different with the traditional wayang kulit.

Fortunately, we managed to get in touch with one of FWK’s founders, Tintoy Chuo, to tell us more about this project. 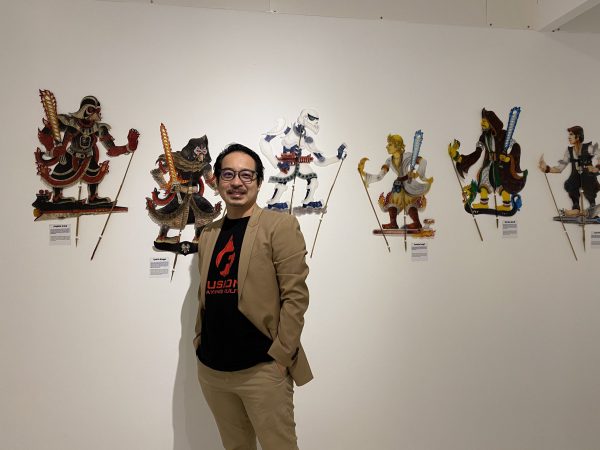 FWK‘s actually an organization that seeks to revive an old-age Malaysian culture through fusing traditional art form with modern elements, alongside enhancements with multimedia components. One such way is by using wayang kulit to tell modern stories like Star Wars.

It all actually started with an art exhibition in 2012, when the organizer asked Chuo to come up with something new and refreshing for the exhibition, because he has a background in character designing. Chuo decided to do wayang kulit because he’s, you know, a character designer. But then he realized that he could be more creative by combining the traditional art with something “futuristic”, like a Star Wars wayang kulit.

“Wayang kulit’s easier for me to relate because each of the puppet is a character. And then I was like ‘hey, let’s get a little crazier and think different’, you know, like combining something traditional like wayang kulit and something that’s very futuristic like Star Wars.

Think different, combine two totally different things, and the product is something different than usual.” – Chuo, in an interview with Cilisos

And that’s how Star Wars turned out to be his very first wayang kulit project. It also didn’t hurt that Star Wars is one of his favorite movie franchises in history. We couldn’t help but ask what his thoughts are about the last three Star Wars movies, and, um, much like a lot of Star Wars nerds out there – like this writer – he didn’t like them either. Yeah, they even translated it. Image from FWK Facebook page

And it was after that exhibition when his Star Wars puppets received good feedback that he decided to expand the project into actually performing wayang kulit with modern stories, because he realized that wayang kulit’s considered a dying art and he’d like to help revive it.

According to him, wayang kulit may very well have been one of the few forms of entertainment for our ancestors, which was why it used to be popular, until things like television came into the picture and entertainment can come with the flick of a switch. In addition, the stories usually told in wayang kulit performances may be a little too traditional, or as Chuo liked to call them, ‘grandmother stories’, so they may not be relevant enough to attract attention of younger generations like us.

“When I started doing this, I realized that wayang kulit’s considered a fading art. My objective is try to revive it and make it popular again.” – Chuo

But the problem was that… Being a character designer wouldn’t have been enough, because there’s a lot of techniques going into it to even make a single wayang kulit performance. For example, Chuo could design the characters, but there are also things like cutting, detailing, music composition, and most importantly, performing.

And that was why he chose to partner up with Teh, his partner in founding FWK and an art director, to help him in detailing the puppets and contributing ideas after the designing process. Not just that, he also managed to rope in a master puppeteer from Kelantan Muhammad Dain – or Pak Dain, as some would know him as.

And from there, FWK was born, and the three of them – Chuo, Teh, and Pak Dain – contributed their own skills to ensure that their modernization stays as authentic as possible to what’s traditionally known as an old-fashioned art form. But how do they go about the process of even making these puppets? Well, Chuo told us that a puppet could take up to a month to complete! Part of that is because Pak Dain’s still based in Kelantan, so it would take a little longer for them to communicate and make sure that their puppets stay true to form.

So, according to Chuo, FWK’s process of making a puppet goes like this:

And when the puppets are done, it’ll take the team another few weeks to adapt the stories for behind the curtain performance, including music composition and script writing.

But even if puppet making can take quite a lot of time, the team’s never really thought of giving up. Since 2012, FWK’s been gaining some good traction in their work, where they’ve extended their puppet range from Star Wars to comic superheroes like DC and Marvel. They even made an Ed Sheeran puppet for a music video commissioned by Warner Music Malaysia itself!

Many would consider it a pretty successful venture, but Chuo didn’t think so, because FWK has yet to fully revive interest in wayang kulit even after eight years. But one thing that surprised us most was that…

They even got permission from Lucasfilm

See, FWK’s already incorporated Star Wars and Marvel characters in their creations, we couldn’t help but wonder if they’ve ever faced copyright issues. You gotta recognize some of them, if not all.

Well, the thing is: FWK’s not really selling their puppets and what they do is considered fanart, which is basically artwork created by fans to share with the public without making any money from it at all. And that’s how Chuo categorizes FWK’s work, where they don’t actually profit from these modernized wayang kulit characters.

“It’s considered a tribute because I love Star Wars and Batman. It’s an interpretation.” – Chuo

Not just that, Chuo and his team were fortunate enough to communicate with Lucasfilm in the US, the production company that created Star Wars, and gotten permission to perform their Star Wars-inspired wayang kulit. They’d even performed in countries like Thailand, Germany, and Austria, getting the chance to meet with local Star Wars fan clubs.

Not just that, they were also invited to display their DC puppets at Batman’s 80th Anniversary in Genting Highlands last year, which was Southeast Asia’s first ever Batman anniversary event. 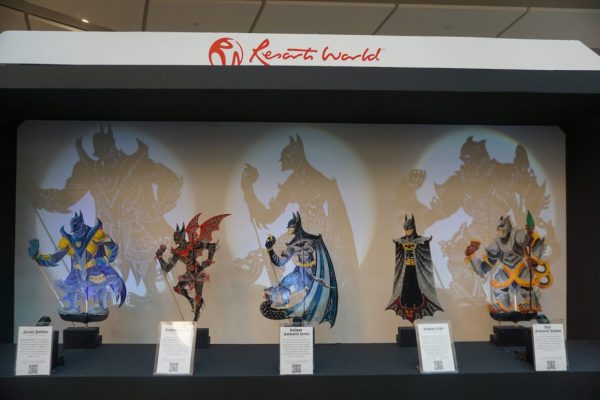 At one point, there was even a mother who told them that she was encouraged to purchase Star Wars DVDs for her kids after having watched FWK’s Star Wars performance, which apparently Chuo was glad about for having contributed something back to the franchise.

On the subject of wayang kulit as a traditional art form, it’s very much not the only Malaysian tradition that’s considered a ‘dying art’. Things like Chinese opera, kite making, and sand painting – all of which can be considered important to different ethnicities – are also fading.

Sure, since we have things like cinemas and Spotify, why do we even need these things anyway? Well, for one, these traditions are kinda representative of our roots and how far we’ve come from the olden days. For example, we came all the way from wayang kulit to watching Star Wars with 3D glasses and surround sound.

An advice from Chuo on how to keep revive these cultural arts is by always learning about them and supporting existing groups that are still trying keep them alive.

“Go support them. If they have performances, go and watch. If they have souvenirs or merchandise, buy some. Maybe you can sometimes even visit their galleries and volunteer.” – Chuo

To start with, FWK itself has a modest gallery in GMBB mall, so if you’re really interested, you can even pay them a visit and have a look at what these puppets look like IRL – free of charge. Oh, yeah, and in case you’re wondering how Star Wars may look like in wayang kulit form, we hereby end the article with this little tidbit…

Share this article:
NAH, BACA:
M'sian artistes have not been paid royalties for 20 years. They are now owed RM30mil.