I’ve always known I was a Eurasian (Portuguese, Dutch, English and Chinese, but more on this later) for as long as I can remember. The topic of race was never talked about until one day I came home from primary school with a form that needed to be filled with my particulars and there wasn’t a proper race box for me to check.

From then on I realized at a young age that any sort of Malaysian borang I would encounter would list me and my entire race as ‘lain-lain’ or ‘others’. On many occasions I wanted to confuse the government by checking more than one race box on those borangs. It was hard growing up in KL and not fitting into the three main races and the daily struggle of being called another race or being looked at differently because no one could tell my mix was so real. So, the general idea people get of a Eurasian is someone who is European-Asian mix and while that is true, there’s actually more to this. A first-generation Eurasian would only have one European parent and one Asian parent (simple right?) but my kind of Eurasian has a mixed parentage with a rich history and heritage.

Finding one of us would be like finding a needle in a haystack with about 29,000 of us in a country of 32 MILLION people, which in comparison is really not many lah, especially when the numbers are on a decline. If you have the luck of finding one of us rare Pokémons, you’d be confused at our uber-European white people sounding names but with local features. However, there are a few things that makes us unique.

1. Portuguese Eurasians get only one Bumiputera privilege

Wait what?!… Yes, it’s true. Tun Dr. Mahathir Mohamad decided to give us one privilege in the 1980s, which is the ability to invest in Amanah Saham Bumiputera (ASB) like any other Bumiputera but that’s the extent of the perks given. We don’t have discounts on property or any privileges on education.

Two years after Bernard Sta Maria, a prominent Eurasian politician, switched political allegiance to Gerakan in 1982, this privilege was granted to Portuguese Eurasians in 1984. Here’s the thing, we cannot call ourselves Bumiputera because we do not have all the perks so we’re semi/quasi Bumiputera. Bumiputera means “sons of the soil” and since the Kristang people’s country of origin is Malaysia, you can’t tell us to ‘balik negara kau’ because other than our last names, we don’t have a link to the other countries our ancestors were from.

Back when I got my ASB account, the criteria to obtain the account was to give proof that I have a Portuguese Eurasian mother which was pretty simple because I did, but that criteria is nothing compared to my grandmother’s time where they had to give proof AND speak a few sentences of Kristang to be eligible. This leads me to my next point…

2. … Eurasians have their own language, and it’s dying!

‘Kristang’ is the language we speak. This isn’t only for Portuguese Eurasians and you can still find just a handful of fluent speakers around Malaysia. When Eurasian communities were bigger and more prominent around Malaysia, the sweet sounding creole that was made up of Portuguese, Malay, English and a few other languages would be spoken fluently every day.

Looooong ago in the 16th century, the Portuguese came up with this creole because they needed a common language to do business, and it helped when they wanted to immerse in the culture and marry local women. 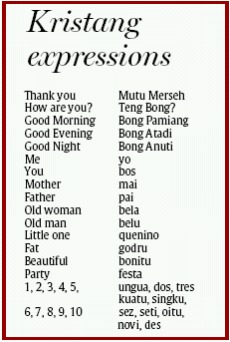 I never picked it up because it was never taught to me. Hardly anyone in my generation speaks it either because there’s no economic value to it and it is really hard to pick up. Up to this moment, I only know the bad words like fula fedeh, pisa, ku and bola seku (Let me know in the comments if you understood what I just said?).

3. Malacca wasn’t the birthplace of all Eurasians *gasp*

This means not all of us are Portuguese. The word ‘Eurasian’ is an umbrella term for all of us but I am specifically Portuguese Eurasian or Kristang.  The majority of Eurasians can be found in Malacca, Penang, KL and Seremban but the history on how they all got there aren’t the same.

Those in Malacca, everyone knows lah how they got there, but for Penang, they actually came from Kedah after being driven out by the Siamese in Phuket. The ones in Seremban came from Singapore during the war after they got tricked by the Japanese. KL folk came around when they left the kampung in search for a better life, they probably did not want to be fishermen for the rest of their lives. Even though we’re all cousins, not all of us have Portuguese blood

Contrary to popular belief, many older generation of Malaysians tend to label all of us as Portuguese even though not all of us are and think we’re all from Malacca. Like I stated above, not all of us come from the same state or share the same history, and that shows that we don’t have the same genetic makeup. It can get quite complicated at times due to the ambiguity but believe me, even I have a hard time explaining specifically the different types. Who knew a dying race could be so complicated ¯\_(ツ)_/¯

OH FYI, unfortunately this means that not all of us can invest in ASB, just like my grandfather who was of Dutch and British descent. So close but so far. Having a Eurasian mother couldn’t help him either because she wasn’t Portuguese.

4. We had our own specific volunteer corps during WWII

When R.AGE did a documentary about ‘The Last Survivors’ of Malaysia’s most grueling historical events, they pleasantly surprised me by interviewing James Jeremiah, the last surviving member of the volunteer corps, Eurasian ‘E’ Company. Even I didn’t know Eurasians were given their own volunteer unit in the army until I watched their video. In 1940, the government asked for volunteers to join the volunteer force, so Eurasians joined the ‘E’ Company in the armed forces. They watched the sea for ships and any sign of Japanese landing which meant they had front row seats to the plane fights that happened out at sea. Some worked for the Japanese as translators, like my paternal grandfather did, and administrators but that meant that they also had to do menial jobs such as polishing boots and making tea and coffee while dodging bullets (kinda like interning at Cilisos, minus everything except dodging Nerf bullets while I work :P)

While the British were in power, they made the different races unfriend each other and made them work with their own race. An elaboration can be found here. During this time, other than joining the army, Eurasians joined the civil service as administrators or were teachers. The British thought it was a good fit because we were like the British but at the same time not.

Btw, we’re penjajah, not pendatang! And it’s good to know the descendants of the penjajah came together to fight and stop another penjajahan during the world war.

5. The Portuguese Settlement has their own form of Thailand’s Songkran

The Portuguese Settlement hosts various lively events in the square, like Intrudu and San Pedro. Though our festivals may not be as huge or well known unlike the others in Malaysia, our parties are pretty LIT.

Intrudu is a water festival, where people bless you by throwing water on you or throwing you in water. This festival happens on a Sunday before Lent, so that people can enjoy and go around merrymaking before a season of prayer, penance, and sacrifice. A  traditional feature of Intrudu is that the young ones are expected to offer a shot of brandy or whisky (yay alcohol!) to the older ones after “blessing” them with water as a sign of respect but now the younger ones anyhow throw water on everyone and everything and are slowly forgetting the significance.

Also, if y’all  intend to come looking all pretty and dolled up, better just stay at home, otherwise it’ll all wash away the second you step into the Portuguese Settlement. 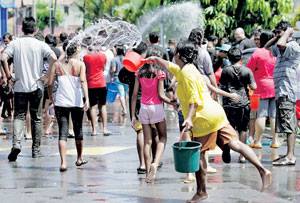 A typical Intrudu scene. Image from My Melaka FB page Another event would be Festa San Pedro. Many people from around the world actually come for this even though it’s not largely advertised. St Peter/San Pedro is the patron saint of fishermen, so he was especially revered in the settlement since fishing and other related trades like net-making, boat building and selling fish were once the main livelihood of the people living there. On the day itself, beautifully decorated boats depicting larger Portuguese ships would be blessed by the priests. There would also be dancing, drinks (yay more alcohol!), with food and fun fairs to add to the festivities. 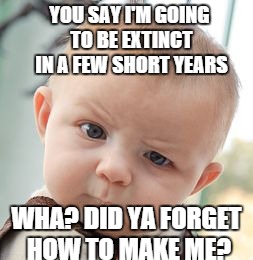 As I was trying to finish this article, I decided to ask my mother what she thought about Eurasians and she said,

“The number of Eurasians have been diminishing over the years due to interracial marriages but being of European and Asian heritage gives me a sense of pride and makes me feel unique.”

Which is true, but anyway I’d like to close with a dank meme of my daily struggle.