Earlier this year, we did a CILISOS Roundup of each writer’s favorite thing from 2016, and my entry was a little Malaysian-made game called Sara Is Missing, a project which involved two of my friends. We got some pretty nice feedback from that lil’ post, so I met up with Jeremy Ooi, one of the friends involved to find out what lessons they’ve learnt from making the game, and the behind-the-scenes challenges that most players don’t see.

If you haven’t already heard of it, Sara Is Missing is a horror/thriller that requires you to find out what happened to the missing Sara. Now this sounds like a really familiar plot device, but here’s the twist – you have to do it by going through Sara’s phone which you’ve just found, so it’s like looking at someone else’s phone through your own actual phone.

“Sara Is Missing blends the game into the player’s own phone so when something happens they tend to forget if it’s the game or their actual phone. It creates a sense of digital paranoia, especially when a suspicious download or phone call notification arrives.” – Jeremy Ooi, game designer, in interview with CILISOS

Since its release, the game has been positively reviewed by popular Youtubers such as Markiplier and Jacksepticeye as well as bagging awards in two categories at the recent International Mobile Gaming Awards Southeast Asia. But the reason we’re writing about this isn’t because it’s a Malaysian-made game (!!), but because the developers actually made Sara Is Missing as a test run of sorts (a demo) – they also didn’t really expect it to go viral!

BTW, Jeremy is the game designer in the project, basically the guy who sets the rules of how the game looks and plays; so if you have any complaints about the game you can go marah him  😛 Jeremy, anticipating all your complaints.

Here’s what he told us…

1. Players get pissed if you guide them too much

Whenever you start a game, there’ll always be some sort of tutorial mode that’ll teach you how to play the game, like a very easy level with instruction prompts or an obstacle course for you to navigate. With Sara Is Missing, you’re guided by super-smart AI phone assistant called IRIS. *COUGHsiribackwardsCOUGH*

This is from the game itself. Image from

Within the game, IRIS is closer to Portal’s GLaDOS than SIRI, being able to actively guide you and give you sass if you’ve overlooked a clue. While it makes it easier to figure the game out, many players have pointed out that it took away from the realism of the game:

“Some critics pointed out that if IRIS knows so many things, then why won’t she tell you everything straight away?” – Jeremy, in interview with CILISOS.

However, Jeremy says that there’s a fine balance between teaching people how to play the game and over-guiding them, so this is something that can be toned down or removed in future games.

“The biggest fear as a game designer is that people won’t know how to play it, so we went for full hand-holding all the way with IRIS. That wasn’t the intent, and it’d be better if we can do without that.” – Jeremy

Surprisingly though, one complaint they didn’t get is about releasing a horror game when there are already so many out in the market. Well, that’s because…

Jeremy tells us that many indie game developers don’t have the budget to promote their games the same way the big boys can, so they have to use tactics to get as much free publicity as possible. Horror is the genre of choice because many fear responses are universal, so stuff like things suddenly jumping out of the darkness would be scary whether you’re an 18 year old in KL or a 80-year old in Uganda. This means that the game would be easily understandable and appealing to an international audience.

Also, popular indie games publisher Itch.io hosts a yearly Halloween Game Jam that encourages developers to make more spooky games by giving them a dedicated space on the site. These can get quite a lot of attention if they’re popular enough – Sara Is Missing is the first game on the main page and is the second most popular game overall, btw – and Jeremy reveals that many Let’s Play reviewers use Itch.io as a source of unique games to make videos. If you haven’t heard of Let’s Play, it’s a new type of reviewing style (popularized by Pewdiepie) where you can watch someone play a game while giving funny commentary on it. These reviews contribute so much to a game’s popularity that some horror games such as the super-viral Five Nights at Freddie’s have been said to be tailor-made to appeal to Let’s Play reviewers and their audience.

“People like to watch [other people play] the game for the freakouts, the screams, the reactions. There’s something about watching other people get scared that feels gratifying and entertaining for folks.” – Patricia Hernandez, as quoted from this Kotaku article.

But just because horror is popular doesn’t mean your game will automatically do well, because…

3. Your game needs to be familiar to gamers, but different from competitors

One way Sara Is Missing is different from most other popular mobile games is that it’s driven by story rather than the boomboompow so there’s no high action stuff like shooting birds at pigs or crushing confectionary here. However, it isn’t completely original or ground-breaking.

Jeremy isn’t ashamed to admit that the team drew a lot of inspiration from other works that follow a similar story-driven format such as Mr. Robot, a mobile game based on a TV series about hacking that takes place across a “messaging app”; Annie Is Typing, a creepy text-based story; and various Korean comics like Bongcheon-Dong Ghost that use mobile phones as a medium to make your skin crawl.

But he says it’s all about knowing what audience you’re targeting, and having a unique angle that’ll get their attention – especially when a thousand games get released into the mobile jungle each DAY (500+ on iOS alone):

“You can’t just simply throw out a game and expect downloads, so ‘found-footage horror action game’ sounds way more interesting than ‘horror platforming RPG’. Chances are higher that your platforming RPG would be lost among the thousands of similar games out there, or if a giant like Nintendo releases a similar game then… GG lor.” – Jeremy.

So in a way it’s kinda like what CILISOS does with our articles – we talk about the same issues everyone else is talking about, but it’s what we do with our titles, writing style and featured images (re: clickbait) that makes readers read our article over another site. Hopefully  🙂

4. There’s a reason why all developers make the same kind of games 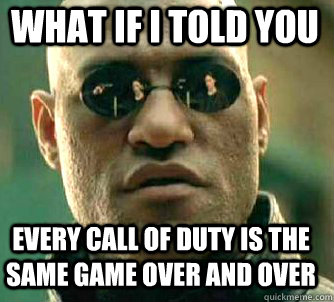 If you’re even remotely into gaming, you’d know that some game developers essentially make the same game over and over again, like the Call of Duty series. So since Jeremy is working on a second game we asked him if it’ll be something completely different, and his reply was that it’s… gonna be similar to Sara Is Missing:

While some people might be tempted to call developers lazy for sticking to what works, Jeremy explains that it’s based on necessity because resources like money, manpower, and time are limited.

“Basically each game requires you to build a system, so unless you have the resources, it makes more sense to stick to the system that’s already in place. For example, most Telltale games [like The Walking Dead and Batman] are expressions of the same idea but the selling point is in the writing.” – Jeremy

Jeremy also pointed out that even large companies like Blizzard experience the same challenges, like how Hearthstone was made using characters from Warcraft because it was easier than creating new characters. In contrast, Overwatch (new concept, new characters) took almost 10 years to make.

Having the support of a publisher definitely helps, but Jeremy says that publishers can be hard to convince, especially with an idea that hasn’t been tested in the market:

“My dream publisher is Devolver Digital, so Sara Is Missing is our way of showing “Hey guys, we can do that!”. ” – Jeremy

So if anyone from Devolver Digital is reading this, what Jeremy is trying to say is… 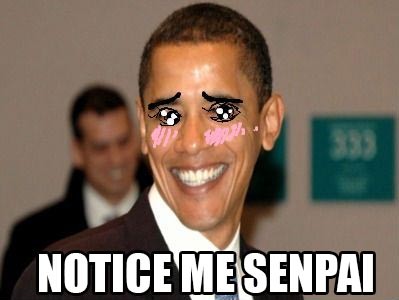 5. You need to make friends with Google and Apple

Okay, so this may be something very specific to the whole take-place-on phone game, because Jeremy told us that when they came up with the design of the phone interface for the game, they didn’t think much of the Android-iOS hybrid look – it was just so users from both platforms would be familiar with it. However, they soon realized that for the second game, they needed to focus on finding some middle ground between the two operating systems. Here’s why…

If you’ve seen the Featured Apps on the App Store (Editor’s Pick in the Google one), have you ever wondered how these apps were chosen? Well, it seems that there are actually real people picking them! Jeremy tells us that the editorial teams are regionally-based and they will provide developers with guidelines to follow in order to get featured. So this was where the hybrid Android-iOS look hit a snag:

He also says that there are some differences between publishing on Android and iOS, with android being faster and easier to get a game approved; while iOS takes much longer but generally ensures higher quality content.

So… will their second game be equally successful? The Sara is Missing team, after a video shoot. Image sent by Jeremy.

As we have learnt from movies, being successful on the first try doesn’t guarantee that all other follow-ups will be equally successful. In fact, for both movies and games, the opposite is true – the pressures to live up (or even surpass) the success of the first movie/game usually leads to many mistakes that would doom future sequels, spiritual or not. A very popular example of this is Duke Nukem Forever, a sequel to the very successful Duke Nukem game that was stuck in development hell for 12 years that was eventually released in 2011 to meh ratings.

The good news is that Jeremy is very aware of this and says that the team will still be keeping their eyes on the end goal:

“All this attention we got from Sara Is Missing is great, but in order to break into the international market we have to fix the flaws pointed out by the gaming community.” – Jeremy

At the time of writing, the yet-untitled second game is still in the early stages of writing and development but Jeremy says that they’re aiming to release it by March or April 2017. If you’re as excited as we are, you can keep an eye out for future announcements on their site.