Before we begin, we would like to wish all the dads reading this a very Happy Father’s Day! This article is dedicated to you! #cilidads #sosfathers #okaywestopnow 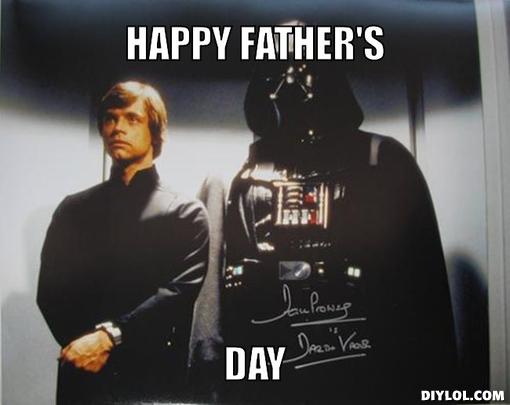 So a few weeks ago, CILISOS was invited by Google to their office. The purpose: Watch them teach senior citizens how to use Google apps.

So what happened was senior citizens from two organisations, AUTORR (‘Aged Unite To Organise Rest & Recreation Foundation’, pronounced ‘author’ and not ‘auto-ar-ar’) and YMCA were invited to the Google office in KL for ‘Google Cafe with Seniors‘.

*”We approached quite a few associations but ironically we’re not sure if they checked their emails.” – Wen Hui, Emerald Communications (Google’s PR agency) And as you can see, all of them have smartphones!

So yea, basically what happened was Google taught them how to use 4 Google apps (Google Search, Maps, Calendar, and YouTube).

Anyway, we were there and listening in to what was going on, and what caught our attention was the questions they were asking. So we thought we’d share some of these questions with you and maybe even answer them just in case some of ugaiz wanted to know as well!

Now just to make ourselves clear before people misunderstand us, our intention is not to make fun of the difficulties senior citizens face la ok. We just think they’re cute (✿◠‿◠)

1. Elders know nothing is free in life. If you think about it, this is a real legit question. Because c’mon la they grew up in an era that didn’t have torrent or LimeWire. If they wanted anything they had to go and buy. Imagine a world where you had to BUY music! OMG!

They were also hesitant to subscribe to YouTube channels because they were afraid of being charged money for it.

Message to mom & dad: You don’t have to pay for anything on the internet unless they ask for your credit card number. The internet is generally free, but it is free in the sense that you don’t have to pay money to watch. YouTube still is a business though, they just generate revenue through other means like advertising.

2. They know it’s good to plan ahead. GPS! It’s almost impossible to get lost nowadays (unless your signal slow and your GPS says “Turn left” 5 seconds after you passed the turning). But for senior citizens, they still try their best to learn and remember directions because that’s all they had before: The power of memory!

In fact, GPS was only made available for public use in 1983 and portable GPS’ only became a thing in the mid-2000’s.

Message to mom & dad: Why not give this other application called Waze a try? It’s actually owned by Google too.

3. Because life would be a lot easier that way. It’s not uncommon for us to mistake 2 very similar things as the same thing is it? Like we can’t tell Coke and Pepsi apart, we don’t know how different Nike and Adidas are to each other, and we sure don’t know the difference between Deathstroke and Deadpool. 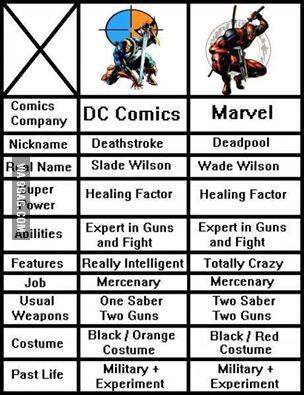 The same can be said about Yahoo and Google? Two very big search engine companies affiliated with the internet. Surely it is possible that people get confused that they are one and the same. 😛

Another senior also asked this.

“Can I use my daughter’s email to log in instead?”

So internet accounts do seem to be something senior citizens are still unfamiliar with. And it’s fine. We’ll just try to explain it below.

Message to mom & dad: No, you cannot use your Yahoo account to sign in to your Google account. It’s pretty much the same as one person having two different bank accounts. 🙂

We also highly recommend you having your own account instead of using your children’s accounts. Because going back to the bank example, you wouldn’t have the same account with your children right?

4. Sharing is caring, only if it’s not against the law. Seriously, they wanted to know. A few people actually asked questions along those lines. Variations include:

“Must pay to watch video on YouTube or not?”

“Does the artist (for music videos) allow the video to be shared?”

We count hearing this theme about 5-6 times. And it’s actually good that they were legit concerned about whether or not the videos on YouTube were legal. Cos they don’t want to break the law la. Not like us rebel youngsters that have no regard for civil order. 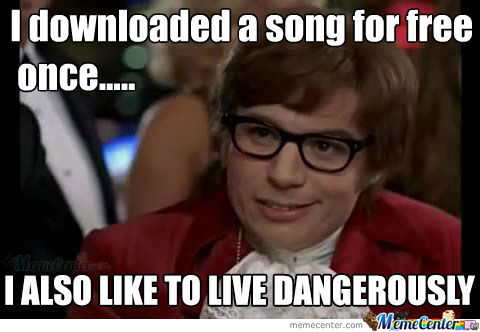 And it’s interesting that after they learned that it was all free and legal, they wanted to learn how to share videos. Which kinda shows that we’re not that different after all. They wanna share stuff they like with the people they know.

Message to mom & dad: If anyone reading this is still worried about YouTube being legal or if it’s a safe website to go to, check out YouTube’s community guidelines. Chances are if you keep to them, you’d probably not get into any trouble 😀 And if any video does go against community guidelines, YouTube removes the video instead of penalising the people who watched it.

5. At least they didn’t try to make Google to say a bad word… (Like some of us…) To be honest, would this question even cross our minds? Like to search up on how to start a hobby? Imagine the senior’s face when he or she finally realised that Google can teach you how to do…err…stuff you always wanted to do but never knew how!

And aside from just teaching them about their search engine, the people at Google also taught them how to do voice searches. And that’s actually a whole lot easier and safer because of some of the search suggestions they might get on Google.

And if they did something wrong and try to search for help, they might get this instead. But jokes aside, they did end up using it to search for stuff. From the weather, to stocks, to hotels.

Message to mom & dad: Can you search for hobbies on Google? We believe so. Can you search how to sew a bag? Yeap. There’s even a step by step tutorial 😀

6. Because we don’t want our phones to nag at us too. The initial response by a Google employee to this senior was this.

“No no….this is Apple Calendar.” Message to mom & dad: Below is a video on how to create a repeated reminder on Google Calendar.

It’s for when you are on the computer though. It’s different on your phones. We couldn’t find a tutorial for phones but we recommend you do it on your computers anyway, because we got a little lost ourselves trying to do it on our phones.

7. C’mon, tell me you see the wisdom (and money generating idea) in this. Even if not Google, is there something out there in the supreme being known as the internet that can help us mere mortals look for friggin parking???? We went snooping around the internet and lo and behold, there are apps that help people find parking.

So we found 2 such apps in Malaysia, one called ParkAide, which is up and running, the other is ParkIn, which is in development. You can click on the links to read more about them but from the looks of it, these are apps designed to find parking in secured areas, not to find like roadside parking when you wanna go eat chap fan.

There are even city-specific parking apps out there in the world but sadly Malaysia isn’t quite there yet.

Message to mom & dad: No Google is not able to help you find parking, not right now at least *hint hint Google*. So one of the things that really, really caught the attention of the seniors was Street View. They were very intrigued by the idea that you could use google to check out the street where you lived. So much so that they asked questions like these.

“Can  I use street view to see what my maid is doing at home?”

Now while Street View is a very interesting project, it’s not in real time. Meaning we don’t have live feed of places on street view. It’s one picture taken at a specific time so if you see a car you sold off a while back in your driveway, it means the picture was taken from a time when you still had that car.

And because they only take one picture at a specific time, Google has even taken some really weird pictures on street view ._. In fact, its cool enough your picture is there, because we tried but couldn’t find any pictures of the CILISOS office or even the buildings around it.

Message to mom & dad: No, you cannot use Street View to see what the maid is doing at home. Sorry 🙁

BONUS: CILISOS reader, Bryan Tan, shared with us what his mom’s first Google voice search was. Message to mom & dad: No, Google cannot tell you tomorrow’s 4D number. If can, we also want to know!

It can get frustrating teaching them about technology, but don’t forget they do actually want to learn

We won’t pretend, we’ve been there. We’re just as guilty of turning down our parents when they ask for technological help.

But check out this quote from one of  them at the workshop that day.

“Theres a fear factor for us that young people don’t have. I see a popup and straight away I panic and shout for my children. We are scared to press buttons because we are afraid to incur charges. These are the things our children always warn us about.”

“As seniors many of us don’t have a grasp of this. And actually we all got smartphones but don’t know what else to do with it besides WhatsApp and Facebook.” – S. Wilfred Chervam, participant at Google Cafe for Seniors

And we know they’re into it, because towards the end of the event, some of them were even talking about meeting up to have study groups because they scared if they don’t practice, they will forget!

So yea, if a multinational company aiming to take over the world can take some time off to help a couple of senior citizens, maybe we learn to do the same. For our own parents at least.

But yea, that’s all we have for now. Just wanted to wish all dads a Happy Father’s Day once again. *Big Google-ey eyes* 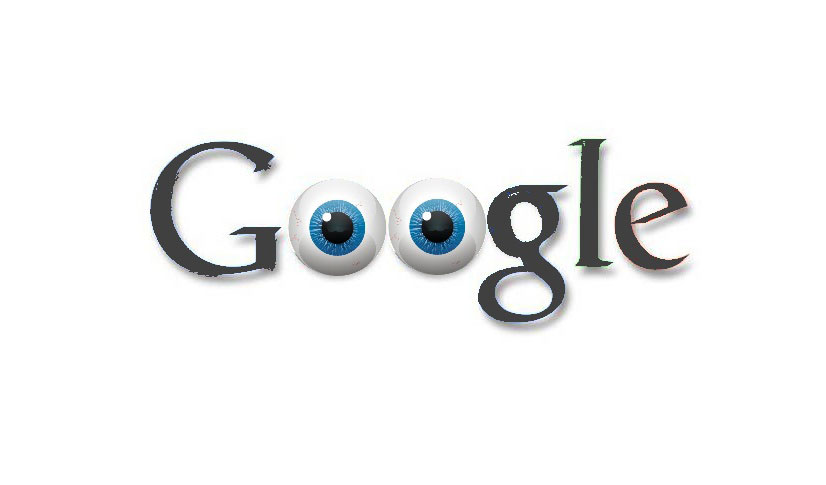 *Some of the quotes have been edited for editorial purposes