If you’ve been reading the news lately, you couldn’t have missed the ongoing conversation about palm oil and how it affects an orangutan’s habitat. But have you ever thought about what happens to the orangutans when they can no longer live in their forests?

Now there’s an animal sanctuary, Sepilok Orangutan Rehabilitation Centre (SORC) located in Sabah that answers that very question. It uses funds from the govt and also generates income from visitors to help return orphaned, injured or displaced orangutans back into the wild.

It may sound great when you first think about it; a temporary sanctuary for injured animals where they are eventually helped to return home.

Except recently, there’s been allegations that Sepilok isn’t following rules and guidelines. The allegations were brought forth by a Malaysian NGO called Friends of the Orangutans (FOTO), an organisation that seeks to increase public awareness on the plight of orangutans.

Some of the allegations include:

Some of these allegations are pretty serious, so we reached out to both FOTO and SORC to get their comments. While FOTO agreed to answer our questions, SORC told us that they couldn’t provide comment unless we got permission from the Sabah state government. At the time of publishing, we’re still waiting for a reply from them.

So until we get both sides of the story, the only legit info we have are the guidelines themselves.

What’s so important about these guidelines anyway? This is the place that looks after the orangutans

The International Union for Conservation of Nature (IUCN) is a UN affiliated organisation that has created a guideline of best practices for great ape tourism, which includes orangutans. One of their members, the Sabah Government, partly funds Sepilok.

However, according to FOTO, Sepilok have allegedly flaunted around IUCN’s best practice guidelines for great ape tourism in their centre.

Allegation 1: There is no minimum age to enter the centre

The guidelines state that children under the age of 15 should not be allowed near great apes. 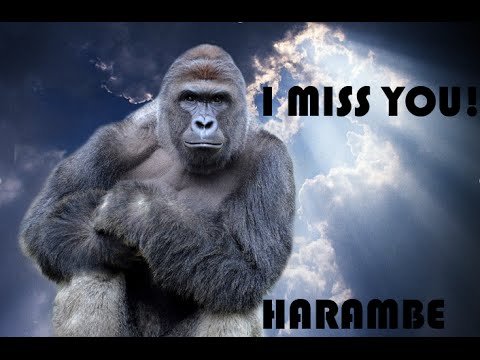 As such, they should also technically not be allowed at SORC. This is both because the centre is considered too dangerous for small children and because they are the segment of the population most likely to be sick.

For a lot of animals this may not be a problem. But since our primate cousins apparently have pretty similar DNA, it may mean that it’s likelier for them to catch human illnesses.

IUCN states that it is important that we keep as many human diseases away from the orangutans as possible. As such, the guidelines also add that if the primates were to be infected with a human disease… they can never go back to the wild ever again :/ Kids shouldn’t be allowed in Sepilok, says FOTO, images from WorldofBuzz and GlobalGiving

Allegation 2: Some visitors were not not wearing masks when within ten metres of the orangutans

The guidelines state that as the apes are able to roam freely through Sepilok, respiratory masks should be worn by both visitors and staff.

FOTO however apparently claims that Sepilok may have been ignoring this guideline and these masks are not being used enough.  They claim that many people, both staff and visitors, are regularly seen without them.

Allegation 3: There’s no shut down period during the year

The guidelines state that the orangutans should only be seen by the public ten days per month and for there to be three months a year where they are completely away from visitors. FOTO have accused Sepilok of not letting the apes have proper rest periods.

SORC is open 365 days a year and therefore FOTO argue that this means they are not giving the apes the rest that the guidelines say they require. These are the people that FOTO says should be wearing masks, image by Borneo Travel Network

Allegation 4: Some rehabilitated orangutans were seen back at the centre after release

FOTO have also alleged that released orangutans have been seen wandering back at the sanctuary. When this happens it can be because the ape is not yet ready to be away from the humans that have helped raise it until that point. For instance, according to FOTO an orangutan named Tiger was set free into the wild, only for it to return to Sepilok in just a few months time.

It’d be like you are trying to move out of home, but you still back all your laundry for them to wash. You might not be sleeping there but you aren’t independent and living without their help.

“You’ll be able to see habituated orangutans and that’s really, really bad. It really impacts their chances of living in a forest in the future” -FOTO director, Upreshpal Singh told CILISOS Allegation 5: Volunteers were being rotated during the rehabilitation process

The guidelines state that the baby orangutans should be cared for and helped by the same carer and in an environment that most closely reflects their normal habitat.

NAH, BACA:
5 humbling things I learned from spending a night with the children of Chow Kit

However FOTO have alleged that overseas tourists can buy 4 week-volunteer stays at Sepilok. They believe that this has a terrible impact on the well being of the ape, because orangutan babies form strong bonds with their carer, usually their mother.

Having new volunteers coming in every four weeks or so may cause problems to the well being of the apes, which is why the guidelines recommend against such constant change. In light of these allegations, FOTO calls for there to be an independent assessment of Sepilok:

“The voluntary practice needs to stop… it has affected a lot of orangutans there… There needs to be an independent assessment, meaning a qualified conservationist outside of Sepilok.” – Upreshpal Singh told CILISOS

We tried contacting SORC for a response, but until we had permission from the Sabah government they would not answer our questions. We did reach out to Sabah govt but as of time of writing they have yet to respond.

Nevertheless, many others see Sepilok successfully protecting the orangutans

There are plenty of people who believe that the work Sepilok does is valuable to society. For instance, when the govt gave them funds during the last budget they said it was because Sepilok was working to protect the 11,000 orangutans that are left in Malaysia.

MySabah meanwhile notes that over the past 50 years there have been 758 orphaned baby orangutans with around 81.6% of them being successfully rehabilitated. Furthemore, Orangutan Appeal UK – a registered charity in England dedicated to the rehabilitation and preservation of orangutans – love Sepilok and dedicate time and resources to promoting the centre, making sure that tourists visit and donate towards it. So far, they’ve raised over RM12 million for wildlife conservation in Sabah, which in turn has been used to refurbish the centre and to hire eight local staff members.

“I cannot tell how much it warms my heart to be able to help Sabah Wildlife. To be allowed to join in these conservation efforts makes me very proud,” – Orangutan Appeal UK founder Sue Sheward as quoted by New Straits Times.

It’s also important to remember that it’s not illegal to mix animals conservation and tourism. Not just in Sepilok, but all over the world, the revenue from people wanting to visit these centres help fund the work needed to rehabilitate the animals.

The IUCN is also understanding when it comes to this need. In their guide they simply state that when finding the balance between tourism and conservational efforts, the latter must always be the first priority.

“Conservation comes first – it must be the primary goal at any great ape site and tourism can be a tool to help fund it,” – IUCN guidelines

If you want to volunteer, the first thing you need to do is research The struggle is real

The issue with volunteer tourism isn’t confined to Sepilok or orangutans alone. Critics argue that companies “selling” opportunities to volunteer for profit feeds a billion dollar industry that exploits the very causes you want to help.  Even J.K Rowling said people would be better off  donating the money.

“If that money and that energy was repurposed into charities and projects that are supporting community services, or families, we could solve this problem within decades.” –  J.K Rowling as quoted by the Jakarta Post

And some people who have previously volunteered like this are now asking if what they did was actually beneficial to anyone but themselves.

Because the Sabah government never got back to us, we’d like to point out that we couldn’t confirm if these allegations are true. But in the meantime FOTO wants you to know that you can still volunteer or donate your money ethically and responsibly. If issues at Sepilok is something that motivates you, then they encourage you to check out this petition which they’ve created to stop a British company from selling volunteering opportunities at Sepilok.

Whether it’s Sepilok or somewhere else that you want to volunteer FOTO believes research should be your guiding tool when making that decision. They recommend finding what you can about the organisation online and then contacting them.

They also suggest spending time researching and talking to local organisations first. Community led projects are often more able to quickly answer your questions about how they find funds while still putting animal welfare and rehabilitation goals front and centre.

Instead, if you are wanting to find places where you can volunteer, then contacting groups such as WWF Malaysia, Friends of the Orangutans or Hospital Beyond Boundaries are a great start. You can ask them where you might be best suited, based on your skills and your locality.