In recent news, a 44-year-old man, Jury Ambilai, was killed by a fire in his house at Kampung Barayong Terodon in Telupid, Sabah. While death by fire is not a rare way to go in Malaysia, what made the news stand out was the time taken by the firefighters to get there. The news story covering this incident (there’s only one) did not specify exactly how long, but it stated that the distress call for the incident was received at 10.10 p.m., and they found Jury’s body at 12.50 a.m., which is 2 hours and 40 minutes later.

The reason why it took so long was the distance. The firemen had to travel 133 kilometers from the nearest fire station to Telupid. Well, Kampung Barayong Terodon wasn’t on the map, so this representation is only 104 kms. Img from Google Maps.

This may be a bit unusual for people who don’t live in rural areas, but…

Getting to rural fires may take firemen three times as long 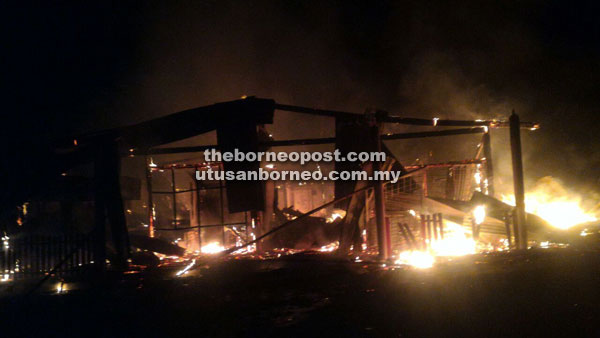 Back in 2013, a health clinic, also in Telupid, caught fire. A distress call was received at around 10 p.m., and the first assistance team reached there at 11.35 p.m., about one and a half hours later. The last team arrived at 12.09 a.m., and needless to say most of the clinic burned down to the ground, leaving behind an X-ray room and a tank of petrol. In the same year, another fire happened in Telupid, but this time it claimed the life of a 26-year-old man. The distress call was received at 7.59 p.m., but firefighters only got there at 9.27 p.m., as the nearest fire station in Kinabatangan is 99 kilometers away.

We researched news stories relating to fires in Sabah, and while situations may vary, for the cases where there were casualties it took firefighters sometime between 30 minutes to an hour to get to the scene after the distress call. 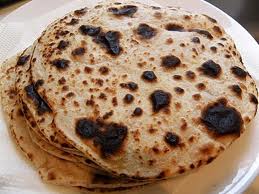 On the other hand, it only takes 3 to 5 minutes to burn a roti. Img from rajeevmathewthomas’s WordPress.

We failed to contact the fire department for official data, so we had to resort to the news to gauge the average time it took to respond to a fire in other states. It would seem that the difference is quite noticeable:

As we can see, the difference is pretty big. So why does Sabah’s firemen have to travel such long distances whenever there’s a fire? Does Sabah have less fire stations than other states? To answer that, we Googled some addresses, plotted some maps, and looked into some statistics. And what we found was that…

Sabah and Sarawak are the biggest states, but they haven’t got the most fire stations

The first thing we did was count the number of fire stations in each state based on information from the Jabatan Bomba‘s website, and we found that Selangor had the most fire stations of all the states, with a total of 33. Each purple peg represents a fire station according to this list, and that map does not include the 17 fire stations found in KL, bringing the total number of fire stations in the Selangor-KL area to 50. Which seems apt, seeing that Selangor had historically recorded the highest number of burning building cases so far. Data for this graph was taken from the Jabatan Bomba’s annual reports.

So where does Sabah and Sarawak stand in the scheme of fire stations? Seeing that the Kinabatangan Fire Station from the news earlier wasn’t on the list, we’d say that Sabah has at least 21 fire stations spread out over it. Not so much spread out, but you get the idea. Screengrabbed from Google Maps.

Although the fire stations may not seem very sparse, bear in mind that we shrunk the Sabah map to make it fit onto this page, and you can probably fit three Kuala Lumpurs between Penampang and Keningau. So yeah, those two stations are pretty far apart. While Sarawak does have more fire stations than Sabah, it still didn’t make it into the top five, placing six with 26 fire stations. Judging by the pattern of fire stations in Selangor, Sabah and Sarawak, you might have noticed that…

The fire stations in Sabah and Sarawak are very far apart, so they have to cover more space When they say you need 20 years firefighting experience to join. Img from bomba.gov.my

As you can see, most fire stations are placed near towns, where there’s a greater chance of building fires. In Selangor, for example, fire stations are placed in a way that firefighters will be able reach any possible fire in under ten minutes. The same approach may be taken for all other states, but in Sabah and Sarawak, there are certain limitations that make doing that more difficult.

Based on data from the Department of Statistics, while Sabah and Sarawak are the biggest states in Malaysia, they have the lowest population densities, being the third least (44) and least (20) number of people respectively per square kilometer. This statistically means that if you have a square cage measuring 1 kilometer on each side, you could expect to catch 44 Sabahan anywhere you drop the cage in Sabah. Plus maybe three or four Sulu terrorists. Img from MyNewsHub.

In practice, however, due to the terrain and other factors, a lot of the population is concentrated in cities, where most of the fire stations are placed. But that’s not to say Sabahans only live in cities. If you were to open Google Maps, switch to satellite view and zoomed in on the places away from the fire stations, you can find a lot of isolated towns and villages there. This makes the area a fire station in Sabah have to cover significantly bigger, and in effect increases the delay between the distress call and the time they get to the fire.

The situation is made worse by the condition of the roads in rural areas. We’ve covered the condition of some roads in Sarawak before, but put simply some places are only accessible through unfavorable routes like logging roads, which may get muddy when it rains. This is a problem to conventional fire fighting vehicles as they may not be able to easily travel such roads. Even if some firefighting vehicles can make it there in time, rural areas rarely have fire hydrants, and the first responders may still have to wait for resources like water tanks to handle the fire, which adds to the response time.

So what can people living in rural areas do when there’s a fire? If your area is well away from fire stations, you might want to consider for members of your community to educate themselves on fire prevention and safety, and this can be done by calling the nearest fire station for a free talk on the matter. You can also get together with members of your community and form a volunteer firefighter group for your area. Members will have to undergo training with the Fire and Rescue Department, and in the event of a fire they may provide early assistance before the firefighters arrive.

Preventive measures, like being vigilant of potential fire hazards such as open flames and looking out for each other may save the community from future headaches. Malaysian Digest have found that random members of the public mostly feel that a fire accident happening to them is not very likely, so investing in fire safety equipment like smoke alarms and fire extinguishers seem like a waste of money to them. However, judging by the fact that none of the people in the previous news stories who died in a fire haven’t got a fire extinguisher in their homes, it may be wise to invest in one and learn how to use it. Last year, Datuk Wan Mohd Nor Ibrahim, director-general of the Fire and Rescue Department, had revealed plans to build more fire stations in Sabah in the future.

“At the moment there are 21 fire stations in Sabah, plus four more under construction – in Beluran, Kimanis, Sook and Pitas – which are expected to be operational by this year or next. If everything goes as planned, we will have 10 more new fire stations in Sabah by 2021,” – Datuk Wan Mohd Nor Ibrahim, for NST.

Whether more fire stations alone will help with the problem will remain to be seen, but until 2021 comes, perhaps it would be best for Sabahans living in rural areas to be more wary around fires.