Amidst all the attention on Anwar’s verdict (which CILISOS will probably write something about soon), a young Christian girl from Sabah also shared the media limelight this week when her conversion to Islam came to light.

Ordinarily, this wouldn’t be such a big deal since, well, many people embrace whatever religion they feel is their spiritual calling and we should respect each other’s religious beliefs, yadda yadda. However, this became quite a big deal because Screencapped from the Malay Mail Online. Click to read article

This gives rise to a whole slew of ethical and legal questions, but since we can all agree to disagree on the ethical side of things (yes, we read the comments on our articles) we’ll be focusing more on the legal side. We spoke to our favorite ponytailed lawyer and Favorite CILISOS Friend award recipient Fahri Azzat of LoyarBurok to get his legal opinion.

Keep in mind that this can happen to any non-Muslim out there regardless of what religion the child decides to follow. We are only highlighting Islam because there is a legal element to it as well (Syariah Law).

So that being said, here are four things you should know if your underaged child converts to Islam…

1. Your child is legally allowed to convert at the age of 18 (Terms and Conditions Apply)

According to the Guardianship of Infants Act 1961, your kid is considered an infant until they turn 18, making all those canteen taunts from the cool kids of being a “big cry baby” legally correct. We have no idea what the context of this image is, but it’s Justin Bieber so yea.

This law, along with the Federal Constitution states that an infant’s religion is decided by the parents and they cannot convert to Islam or any other religion without parental consent or till they turn 18.

However, this isn’t a rock solid rule as it can be overturned based on a case-to-case basis. Fahri mentions the case of Susie Teoh, in which a Buddhist father took the Jabatan Agama Kelantan to court for allowing his runaway daughter (Susie Teoh) to convert to Islam. The High Court decided that even though Susie was 17 years and 8 months old at the time, she had the right to choose her religion based on her own free will. We should also note that the reason the Jabatan Agama was taken to court was because Susie was still a runaway at the time and could not be found to testify.

Fahri says that the judge had the very hard task of deciding if the laws stated above clashed with another law in the Constitution for the right to decide on one’s own religion. The judge probably made the decision based on the fact that the girl was close to being of age at the time and that he “might have decided differently is she was 11 or 12”.

“Although the law appears rather straightforward, the application of it in [certain scenarios] is likely to be complicated” – Fahri Azzat, in email to CILISOS. According to Fahri, a person is only legally converted if they have a certificate of conversion from the local State Religious Department. Also, there are a number of procedures that have to be followed before this certificate can be obtained, simplified here, but you can read the whole thing on JAKIM’s website:

So yea, while your child could spiritually embrace Islam, he or she will not be recognized as Muslim in the eyes of the authorities without first having it solemnized.

3. Yes, there is a CHANCE you can get them out of it 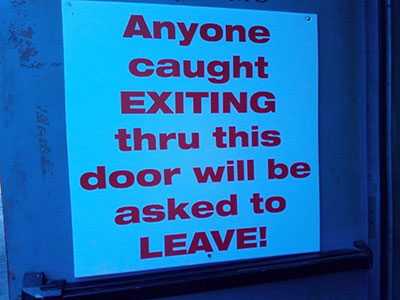 In this article by the Malay Mail Online, there are ways in which a Malaysian Muslim can leave Islam, but it’s much easier for some groups than others. Here’s part of an infographic to clarify it:

From the Malay Mail Online. Click to view the whole thing

So say if your underaged child converts to Islam and you’re not okay with it, what you have to do is to file a review to the Syariah Court to get them to set aside the conversion. In some circumstances such as the Susie Teoh case mentioned above, this can also go to the secular (normal) courts as well.

Fahri says that the parents and/or child will probably have to rely on technical reasons to convince the court to set the conversion aside such as if she was underaged, was forced or coerced into doing so, or if she didn’t properly follow the procedures outlined (if she doesn’t recite the right Syahadah or doesn’t fully accept it)

4. Legally, you CAN’T go after the people who converted your child “No, unless it was done by way of threats, duress or coercion. But that’s a civil case.”

Now for the moral/ethical discussion

Let’s get this out of the way first, we sorta answered the question on whether any legal action can be taken against the warden who converted the girl in the point above. But what about the school? Fahri has this to say:

“Not legally. They have a moral responsibility, I would say but not a legal one.”

So in this sense, it comes back down to a question of ethics. To put it in similar context, would you allow a 12-year old child to decide when he or she can have sex? To smoke a cigarette? To consume alcohol? Or even to watch a grisly horror movie? Chances are, your response is going to be something along the lines of “He/she’s too young to make the decisions” or “What if he/she regrets it later in life?” And that’s why we have age of consent laws put in place, because of the accepted idea that young people don’t have the maturity or knowledge to make such decisions. And that’s why the parents or guardians are entrusted to make the decisions for them till they reach legal maturity.

But even then, we can’t keep our children under control forever. In the Sabah case for instance, we don’t know what happened exactly since the warden hasn’t been identified nor interviewed; but let’s say (as in hypothetical scenario) the girl got close to the warden who happened to be a pious Muslim and through interaction and observation of the warden decided that Islam is a beautiful religion and decides that she wants to be part of that. The warden didn’t try to convert her, but she met someone whom she saw as a role model. Then what?

There is also a discussion on whether or not letting parents decide a child’s religion is a good thing, based on the argument that if a child has only been following one religion growing up, he or she will not be exposed to other schools of thought and will be more likely to accept and follow their faith without question. Of course, we’ll leave it up to you to decide if that’s a good thing or not.

See? This is why we went with the law angle instead.