It’s been almost 2 months since Nuan Nuan the baby panda left Malaysia to return to China, leaving the rest of us to cope the devastating emptiness she left in our hearts. Who could resist those tiny black paws, and her fuzzy black ears on that large adorable white face. But as the saying goes: If you love somebody, let them go, for if they return, they were always yours. If they don’t, they never were. So it really means a lot when Nuan Nuan came back to us! But only in the form of a video greeting, released by China’s Xinhua News. She would like us to know that she’s doing very well, and has even adopted the grand ambition of learning Kung Fu.

While we’re all very happy and relieved to know Nuan Nuan is doing well in her new home, why did Nuan Nuan have to go back to China in the first place? What do China and Malaysia even gain from this panda exchange program?

Pandas have been gifted for many reasons, but getting them is quite a privilege

In more sense that you’re aware of, pandas are very unique creatures. Firstly, 99% of their diet is comprised famously of bamboo leaves, stems and shoots, even though they actually have teeth to bite and chew meat. Secondly, pandas are native to only China. Finally, while they are still technically endangered, no other animal is so famous that it started a political culture of loaning the animals.

The practice is termed “Panda Diplomacy“, and its said to date back to the 7th century, which was no special thing as many rare and unique animals were traded in those days. Much beloved and dearly missed leader Chairman Mao Zedong resurrected the practice in the 1950s, gifting pandas to many comrade states.

“In the 1980s, as China sought to open up its economy, all of a sudden they needed dollars, so they had people trying to peddle short-term loans of pandas,” – Dave Towne, president of the Giant Panda Conservation Foundation, quoted from CNN Money

*POP QUIZ* Which of these has China managed to trade for in exchange for panda loans: Petrochemical technologies, renewable energy technology, Jaguar cars, enough salmon to double Scotland’s production, uranium, oil, minerals, love and respect. If you guessed everything besides love and respect, you’ve obviously not watched Kung Fu Panda… and its 2 sequels. 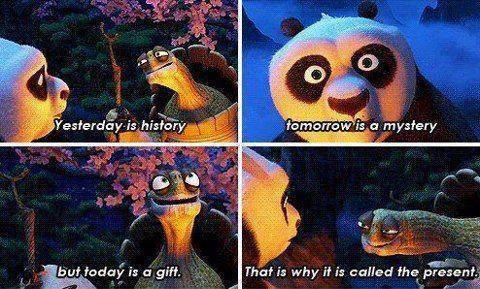 But of course, these countries didn’t simply hand over precious petrol and uranium in exchange for a couple of pandas. The pandas are usually loaned to a country that had signed big trade deals with China before. So the pandas are kinda like a complimentary gift, because a gift of pandas usually signifies something more:

“The panda can be used to seal the deal and signify a bid for a long and prosperous relationship. If a panda is given to the country, it does not signify the closing of a deal – they have entrusted an endangered, precious animal to the country; it signifies in some ways a new start to the relationship.” – Kathleen Buckingham of Oxford University, lead author of this study

Getting pandas is one thing, but caring for them will make you understand why they’re almost extinct

So what did Malaysia give in exchange for the loan of Liang Liang and Xiang Xiang, a.k.a Nuan Nuan’s parents? Well, signing the free-trade agreements in France, and just being a great pal in general for 40 years (and counting). The two pandas even flew first class into Malaysia in 2014, and they will be staying in Malaysia until 2024, until the loan contract expires.

And like we said at the beginning, pandas are special snowflakes, and so is the cost of their care and maintenance. The exhibit/panda residence in Zoo Negara itself cost RM25 million to build. Our editor went for a visit not too long ago and took some pictures. Note that you actually need to pay extra to enter the air-conditioned panda manor to see them. You’re welcome. Wah, so many people. Wah, got glass roof.

Bamboo, their main source of food doesn’t provide much calories or nutrients per stick either, so these big, fat (they weight up to 150kg, ok?) pandas can eat up to 38kg of bamboo DAILY. For Liang Liang and Xiang Xiang, Zoo Negara actually feeds them 25kg of bamboo a day, with some other supplements and desserts: Wah, eat better than me lo.

Zoo Negara estimated the annual upkeep of our Chinese V.I.Ps (P for pandas) at RM1.5 million a year, and we haven’t even talked about the yearly rental fee of RM3.24 million (Aljazeera says USD 2.25 million) yet. When Nuan Nuan was born, Malaysia had to pay China USD600,000 as conservation fees, and the baby must be returned to China after 2 years to expand the gene pool (which is not at all a bad pick up line). Interestingly, Malaysia broke the world record for fastest naturally reproduce of a panda pair in captivity… must be the Malaysian heat.

It’s not just Malaysia either, U.S. zoos were feeling the sting of the cost and were considering returning the pandas if they couldn’t negotiate for lower rental prices. U.K also faced the same problem, and needed their panda Tian Tian to give birth to new pups in order to re-boost the dwindling visitor numbers again. But even with the risk of financial disaster, why are zoos so eager to take in these lazy, extinction facing, bamboo chewing, eye-bag sporting bears? Because of our editor… and everyone who would pay to see them, of course.

“Every zoo has a lion or tiger, but not a panda. China needs to remain selective in its choice of panda-receiving countries in order to maintain the rarity, and therefore, their value.” – Kathleen Buckingham of Oxford University, quoted from CNN Money

Since the arrival of the pandas in 2011, the Edinburgh zoo has seen an increase of 4 million people in 2 years. That’s more than Justin Bieber’s world tour tickets. But, where does all that panda rent dough go, yo?

NAH, BACA:
Which mysterious law did PDRM use to arrest 2 Aussie reporters?

Despite all the money and politics, conservation is still part of the agenda (kind of)

In 2008, much of the panda’s natural habitat was destroyed when the Sichuan earthquake happened. The tragedy left a bunch of pandas homeless, because China’s panda hotels sanctuaries were pretty booked. 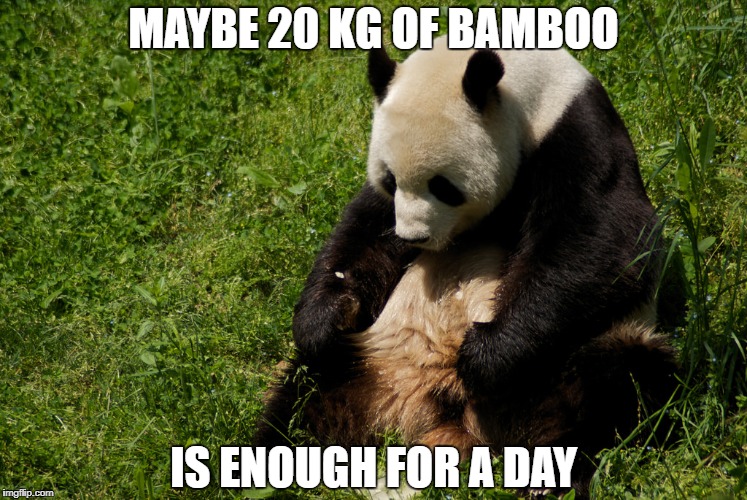 But released pandas don’t seem to be doing too well in the wild either. According to the panda researcher lady, 10 pandas have been released since 1983, and only two of them are still alive. Six were recaptured after suffering significant weight loss, one was probably killed by wild pandas, and another is believed to have died, presumably slipping on a banana peel and falling violently off a cliff.

According to Google, there are only 24 zoos around the world that has panda exhibits. Whatever money that’s not spent on feeding the pandas, much of it (presumably) goes into funding studies and research on the tubby bears in China. Zoos that have pandas usually partake in these conservation studies and efforts too. Malaysia has studied the pandas at Zoo Negara and published a study about their daily behaviour, and found that the lethargic fluff balls spend almost half the day doing nothing at all (resting and sleeping).

Although the global panda numbers are looking up, long time panda loving conservation workers expressed a pretty grey outlook on the future of the tubby oriental bears.

“Conservation there is a joke. It’s all about politics and money. If the west was not interested in pandas, the Chinese would start eating them.

They are raised in a human-dominated environment. Individuals are not normal pandas, nor will they ever be, and the reserves where they live in the wild are not protected. It’s just a big entertainment show.” – Kati Loeffler, vet and former director of animal health at Chengdu, quoted from The Guardian

Love pandas all you want, but beware the TWO PANDA CURSE *WOooOOoo* 1974 was the year that 4 major world leaders stepped down. The fallen four were the President of U.S Richard Nixon, Prime Minister of Britain Edward Heath, Prime Minister of Japan Kakuei Tanaka and Prince Bernhard of Netherlands. But between the resignations was a very strange coincidence: All 4 of them were bestowed a pair of pandas when they were in office.

And so the tale of the two panda curse was born, but let’s be real, it was probably nothing more than a fascinating coincidence, because Malaysia received our pandas in 2014, and 4 years later, our Prime Minister is still gallantly leading our country, when even former British Prime Minister Margaret Thatcher seemed to give in to its superstition, as the world recently discovered.

“I am not (double underlined) taking a panda with me. Pandas and politicians are not happy omens!” – Margaret Thatcher, recently declassified papers quoted from The Guardian

There are 2 kinds of people when it comes to pandas, there are the Margaret Thatchers, and there are those that would roll down the cliff with the cuddly Asian bears. As long as the latter group exist, pandas will still continue to have a hold on world affairs with its flabby paws.

No matter how hard you try, you cannot escape its cuddly grasp. Gif from The Simpsons