This article was originally written in Jan 2016.

Before we begin, a poll!

So do you any of you remember your first passport? Do you remember holding it with pride because you now had your face and name on a book that belonged to you (not like a tiny IC urgh)? Do you also remember the feeling of pride being quickly replaced with intrigue when you open your passport and on the first page and it says there… Yea, some of us in the CILISOS office recall feeling the same thing with our first passports.

When we asked a few of our friends and acquaintances, a number of them said that they were told that Malaysians were not allowed to travel to Israel because it was a dangerous, war-torn country. That may be true to a certain extent, but that is hard to believe when the World Health Organisation lists the life-expectancy of Israeli people as among the top 5 in the world in 2014. Also there are so many other countries are currently war-torn but we don’t see Malaysia banning us from going there. Heck we’re not even anywhere near them so it can’t be over a territorial dispute!

And with our Malaysian passport being one of the strongest in the world (meaning how many countries we can go to without a visa, 163 countries to be exact), why would there be this massive restriction for just one particular country? Well, the answer is probably a bit more than just for safety reasons la.

Malaysia actually doesn’t accept Israel as a legit country at all!

Hence, the passport thing. You cannot actually go to a country that doesn’t exist, well at least in the eyes of your country. Since our independence in 1957, Malaysia as a country has not established any diplomatic relations with the state of Israel. We say ‘since our independence’ because when this was happening, the state of Israel had already been around for like 8 years. Image from maleisie.be

And it’s not like we’re the only country in the world which has done so. Heck it’s not even like it’s just 1-2 countries. Articles like this and this mention that at least 36 countries worldwide do not consider Israel as a legit country!

World map with colours dictating the country’s position towards Israel. Image by Davshul on Wikipedia.

With there being around 196 countries in the world (around because there are more countries out there that are not legit to other countries) that means about 18 percent, or almost 1 in 5 of the world’s countries doesn’t recognise Israel as legit. And with all that’s been said, the next most logical thing to ask is…

Because Malaysia supports another state: Palestine

“We have, are, and will always fight together with Palestine for their cause.” – PM Najib Razak, as quoted by The Star 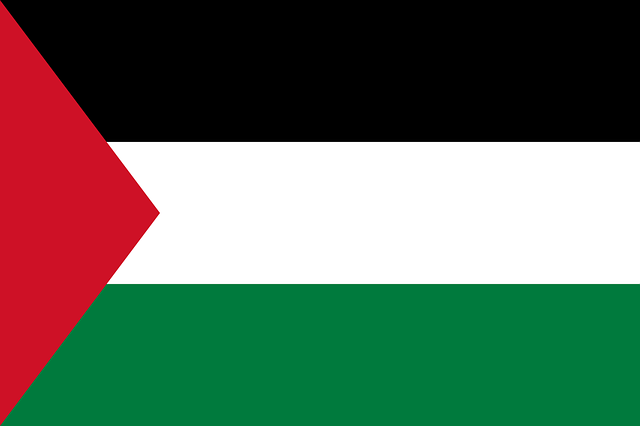 And that’s also why you sometimes see this flag or similar looking stickers on Malaysian cars. Image from pixabay.

Some of you already hearing bells ringing in your head. Yes this may be considered the war bit. The area which Israel refers to as their state, is also largely disputed to belong to another state, Palestine. 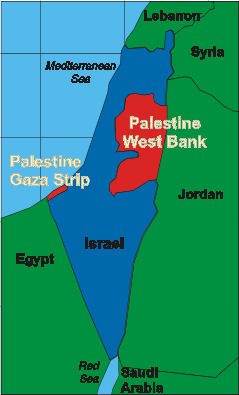 Why Palestine territory on two different sides is also part of the long story between those two. Image from primeau-canada.com

This timeline by Al Jazeera shows that the conflict between the 2 countries goes back to as early as 1799 but things started to get really heated after World War 2 especially as it got closer to the date of Israel’s establishment.

“Jewish Israelis, whose ancestors began migrating to the area in the 1880s, say their claim to the land is based on a promise from God, and also for the need for a safe haven from widespread hostility toward the Jewish people (known as anti-Semitism). The Palestinian Arabs say they are the rightful inhabitants of the land because their ancestors have lived there for hundreds of years.” – Report by The New York Times

All that has happened has actually resulted in 2 governments recognised partially worldwide. All in an area about the size of Pahang. (Click here for Pahang size and here for Israel/Palestine size)

But as far as Malaysian relations with these 2 states go, on the side of Palestine, we are one of 135 countries around the world that recognise Palestine as a legit country  (as of 2014). But on the other hand, our approach to Israel (as listed on Kementerian Luar Negeri’s website), is that we would only consider beginning ties with them when a peace agreement between Israel and the Palestinian people is reached.

But then again, Malaysia seems okay with Israel also in some other ways. Our dear PM and Israel’s PM Benjamin Netanyahu bump into each other at the UN. No fisticuffs were exchanged, despite Bugis warrior blood.

Recently we even made news when we didn’t allow two Israeli windsurfers to use their flag or play their national anthem if they won, which led to them pulling out. We’ve also been warned of doing the same to Israeli table tennis athletes in an upcoming tournament in Shah Alam.

Also, many of you would’ve heard of the protests against McDonald’s, Starbucks, and HSBC, or the protests when Israel attacked a Palestinian mosque.

“Trade continues to accelerate: Between January and July this year, Israeli exports to Malaysia soared to $884.7 million, a 27% jump over the same period last year. By contrast, Malaysia’s foreign trade figures don’t carry any mention of Israel at all. In its annual data for 2012, for instance, trade with Israel is included in an entry for “Other Countries.”” – TimesofIsrael.com

Aiyo. Why so shy, Malaysia? The same newspaper even patted Najib on the back for “a new dawn in Muslim-Jewish relations”. In fact, even PAS has voiced out against the government on this hypocrisy.

“To me, this is the hypocritical policy of Umno-BN to at once offer Malaysia’s aid and defence to the Palestinians while at the same time bolstering economic and trade ties with Israel. Indirectly, Malaysia is helping to strengthen Israel in continuing its oppression and killing of Palestinians,” he said in a statement today.” – PAS MP Datuk Mahfuz Omar, MalayMailOnline

In any case, the trade seems to have dropped with Israel exporting only $6.81 million worth of goods to Malaysia in 2020 but, yea, that’s a story for another day la. Let’s get back on topic.

“So as a Malaysian, I can never, ever go to Israel?”

Well, not ever, ever la.

You gotta apply for it first though (just a heads up, clicking on link will result in download). Aside from that, if your intention is to go to Israel for cuti, you’re probably not gonna be able to do so. (But in regards to religious reasons, these also depend on the situation over there, because the Home Ministry has banned pilgrimages to Israel in the past, for security reasons.)

But hey… if you just wanna buy their goods, that’s pretty easy to do 🙂