Our Malaysian flag has been insulted by a British metal band and nine Australians before, but this ridiculous lawsuit going on in the US is the mother. Apparently, some Americans mistook the Jalur Gemilang for ‘an American flag desecrated with ISIS symbols’. Lawsuit ensues!

It happened last September, when Malaysian engineer Munir Zanial threw a party to celebrate Aidiladha and Merdeka Day at a recreational lake in Wichita city, Kansas. Munir had been living in Wichita with his wife and two kids since 2011.

Anyway, the 45 party guests were making meriah and just minding their own business, when the owner of the lake – Spirit Boeing Employees’ Association (SBEA) – saw the Malaysian flag they were using, saw the guests ‘wearing Muslim garb’ and suspected the whole gang was ‘affiliated with radical Islamic terrorism’ and that they were ‘conducting an ISIS meeting on SBEA property’. So, they filed a complaint with Munir’s employers, who in turn filed a complaint with the FBI.

How does the Malaysian flag even look like it has ISIS symbols?

Oh yeah we see the resemblance!

Fair enough, the Jalur Gemilang bears a resemblance to the US flag – those stripes… the blue rectangle… However they are only similar, not the SAME. For starters, the Malaysian flag has 14 stripes, the US has 13. Malaysia’s ends with a white stripe, the US’s with a red stripe. Also, the dimensions of the blue rectangle (called a ‘canton’ in flag terms) are different. Take a look: So the US flag’s blue rectangle is two-fifths of the flag width, whereas The canton width is 14, the flag width is 28. Image from Wikipedia

the Jalur Gemilang’s blue rectangle is HALF the flag width.

Of course, you wouldn’t expect SBEA gatecrash Munir’s party, rampas the flag and math it to the last detail before making a complaint against him. But to say that it has ISIS symbols? HOWW?? Malaysia has a yellow crescent and star with 14 points. ISIS’s flag, known as the Black Standard, is well… black. It features a handwritten version of the first part of the Shahada (an Islamic creed) in white. Below it, there is a white seal, meant to resemble the official seal of Prophet Muhammad, with the second part of the Shahada in black. We are confused. Very confused.

Actually why does the Jalur Gemilang look like the US flag?

In 1947, the Malaya Government called for a design contest for a new flag. 29-year-old architect, Mohamed Hamzah, who was working for the Public Works Department in Johor Baru, entered 2 designs – one was a green flag with blue keris in the middle surrounded by 15 white stars. The second is similar to the Jalur Gemilang we have today, but with a 5-pointed star. Guess which one made it to the finals?

At last, it was down to 3 finalists, the winner was chosen through a public poll held by The Malay Mail. And guess who won? But because Malaya was fighting the communists, the 5-pointed star had an ironic resemblance to their symbol, it was suggested the star be changed to an 11-pointed one to represent all the Malayan states. So officially, that was the first Malaysian flag in use from 1950 to 1963.

Following the formation of Malaysia on 16 Sep 1963, the flag was modified to have 3 extra stripes and the star given 14 points, to honour the new states – Sabah, Sarawak and Singapore. Even after Singapore ciao, we kept the design. Its name was only given in 1997, when PM Tun Dr. Mahathir Mohammad picked the name ‘Jalur Gemilang’, suggested by Md Redzuan Tumin, a soldier turned historian. As for its design, it does appear to borrow elements from the British East India Company flag, especially the stripes.

But what about the US flag? It goes further back to the days of powdered wigs… During the American War for Independence (independence from Great Britain), they used a flag known as the Continental Colors (aka the Grand Union flag) in 1776. Historically, it has been referred to as the first national flag and would be in use for only a year, until 1777. Here’s what it looks like: 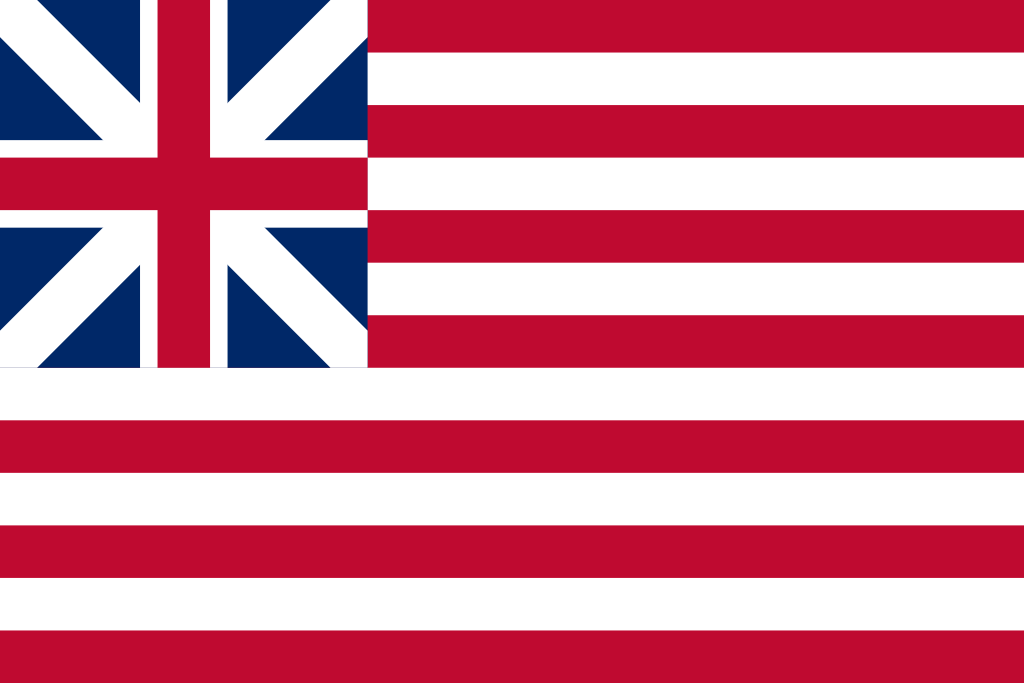 After 1777, the Americans changed it to the 13-star flag, which is the predecessor to the 50-star flag we know today. However, with regards to the US flag, it is said that there’s a lack of written evidence that it copied the EIC flag, even though the resemblance is obvious.

Anyway, if that were the case, then there are a number of flags that look like they copied the EIC flag (or the US flag) – Liberia’s flag and the flag of Bikini Atoll, for example.

Anyway, some people are helping Munir sue the lake owners No, not these guys. Img from egypttoday.com

The whole issue started by SBEA, the owners of the lake, had caused Munir a lot of trouble. The FBI had investigated him and even after they had cleared him, the company hired a private investigator to continue looking into the matter and got his membership rights as an employee restricted, because he had been ‘deemed suspicious’.

So the Kansas chapter of the American Civil Liberties Union (ACLU) helped the engineer file a lawsuit on 18 Mar for racial profiling and religious discrimination.

“To label someone a terrorist due to their appearance and their celebration of their heritage is shameful, but to continue to use that mislabel as grounds for blatant discrimination – even after it had been discredited by the FBI – is downright reprehensible.” – Micah Kubic, Executive Director of the ACLU of Kansas, said in a statement