Kuching has really boomed in recent times. When we spoke to 6 Peninsula Malaysians who were posted or moved to the Sarawak capital, they were amazed at the infrastructure and culture. There are so many malls, hipster cafes, high rises, high speed internet… some felt that Kuching is not that different from the Klang Valley at all. And it’s only gonna become more and more urban in the years to come.

So you’d probably expect things to inflate as the city grows – food prices, property prices, prices of goods and services, etc. But there is one thing that is still dirt cheap today… a denda for a certain type of parking offence. When our Kuching friend, Isaac Joel Elone, a student, told us the amount, we couldn’t believe our ears!

If you go over your parking time limit, you only kena fine 50 sen We called Dewan Bandaraya Kuching Utara (DBKU) and spoke to a woman from the parking department. She was so nice to layan us over the phone about the denda rates, patiently explaining the prices. Sorry, we really don’t get that kinda treatment in Peninsula. 😥

Apparently it is true! The compound for overparking offence is crayyy cheap in Kuching. *Note that overparking means you did buy, scratch and display a coupon properly, but you overshot the time limit stated on the coupon, so you can expect a love letter from the city council, called over parking notices (OPN). BTW, Kuching also uses the scratch coupon.

We spoke to James Saga Bayang, a Legal Officer from the Legal Affairs Department in DBKU and he told us that Kuching’s overparking saman is indeed THE cheapest city in the whole country. He added that Miri’s and Sibu’s rates might be different. Our friend purposely let himself kena denda so that we can have a photo of the saman. Thanks bro!

Is there a maximum you can kena? Well, the DBKU spokesperson told us it depends on the hours the officers ronda, which is from 8am-5pm, and the time you kena tangkap. For example, you parked your car at 8am and scratched for 2 hours only:

So the later the officer comes by, the more you end up paying more lor. She also told us that if an offender doesn’t settle the saman within 4 days, they will kena an additional RM10 denda on top of the amount they’ve been fined.

It’s a lot cheaper compared to DBKL, JPJ and the police’s uniform compound rates, which are RM50 for displaying expired tickets, for the first 14 days. If the offender doesn’t pay within 14 days it goes up to RM100.

But like we said, that is for overparking la. However, the fine for not displaying a coupon is RM5 (either you didn’t buy a parking coupon or you have one but did not display it) which is also cheap compared to DBKL rate, RM50 (RM100 after 14 days). For the full list of DBKL/JPJ/police compound rates, click here. For Kuching’s one, refer to the chart below:

To begin with, parking coupons in Kuching are also cheaper than in the Peninsula. They are come in 20 sen, 50 sen and 80 sen booklets, sold at 34 coupon booths around the city. The 20 sen coupons are for the first half hour of parking, 50 sen for the second half hour, and 80 sen for the third half hour and every subsequent half hour thereof.

NAH, BACA:
This S'wakian teacher led his students to the state dance competition. Then MCO happened.

Parking coupons in the Sarawak capital are managed by Kuching City Parking Systems Sdn. Bhd. (KCPS) since 2005. It’s joint venture between the City Authorities, DBKU, Majlis Bandaraya Kuching Selatan (MBKS) and a local company Rezeki Tinggi Sdn. Bhd. (RT), in which City Authorities hold 52% shares. This was former Chief Minister Taib Mahmud’s brainchild for parking revenue to flow directly back to City Authorities, so that if they didn’t have to wait for funds from the State Government.

K la, not all of Kuching’s traffic fines are as low as that A 50 cent fine is really a dream la and it’s kinder on people who have unintentionally overshot their time limit. But not all of Kuching’s parking compounds are that low. Let’s check out the other rates:

For those who simply park not in an area that’s not a parking space, not parking inside the box properly (maybe backside out), parking in a box designated for another class of vehicle, obstructing a parking space, or failing to produce a coupon when required, the fines are RM20 for each offence. In fact, not clearly displaying a coupon (maybe it fell to the floor or maybe it’s being blocked by a thousand and one things on your dashboard and the officer kenot see), the fine is also RM20.

And yet it’s cheaper than in DBKL’s area. A motorist would have been fined RM50 for any of these offences by DBKL, and it would go up to RM100 past 14 days. 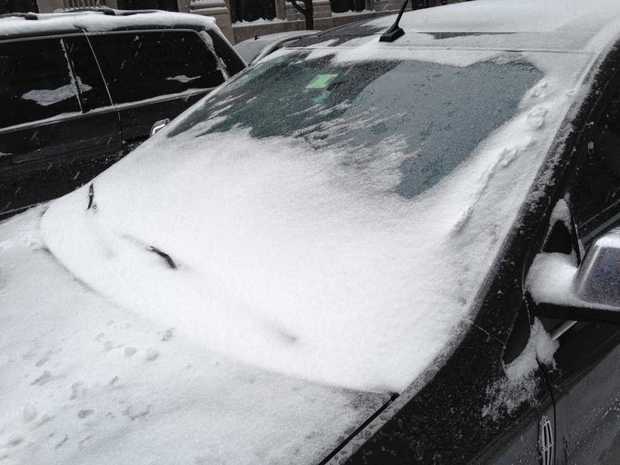 In Malaysia where can use this excuse. Img from syracuse.com

If an offender tries cheat cheat by displaying USED coupons or tampering with the coupons (including folding the tabs backwards instead of tearing it off completely), then DBKU will fine higher at RM50.

But who wants to go all the way to DBKU to pay a 50 sen saman? Img of a coupon booth from nayhoney.blogspot.com

Yeah cheap, cheap, so nice, but who da heck would purposely want to make a trip to the council to pay 50 sen? 😐 That’s the annoying part for some motorists, Borneo Post reported. Charles H. J. Bong (a random motorist) told the daily there are not enough booths or counters for motorists to pay their OPN, not to mention they’re usually far away from parking lots in the city.

“After having a dental check at Timberland Medical Centre the other day, I received an over-parking notice for parking more than half an hour. I asked a worker at one of the clinics who told me that one exists just on the opposite side of the busy road which is 3-5 minute driving provided there is no jam, just to pay 53 sen.” – Charles, quoted on Borneo Post

Maybe that’s why the Kuching City Council is owed RM8 MILLION in unpaid parking compounds (DBKL unpaid compounds was not even half of Kuching’s)!! In fact, there are some offenders with outstanding compounds up to RM15,000! DBKU’s records show that the 1.2 million notices were mostly OPNs and parking without coupons. They know that a lot of motorists will just throw away the notices issued to them, but the Council still has records and will not hesitate to prosecute.

The good news Kuching has gone digital. Folks can pay their fine by either downloading the mobile app (for iOS and Play Store) or doing it at online.kcps.com.my, which we can do in the Peninsula also, like in PJ for example (read our article here). In fact, motorists can also buy credits online to pay for their OPNs or compounds with a 3% convenience charge by a third party gateway. (Left) Paying fines on the app and (right) reloading credits. Screenshot from kcps.com.my

Essentially the City Council just wants the public to be responsible by parking in the designated parking spaces and pay the parking fees.