Just recently, the Health Ministry (MOH) reportedly considered some measures to reduce overcrowding in public hospitals. This is because there have reportedly been an increase in the number of patients being admitted in these hospitals. At the time of writing, 28 public hospitals out of about 140 of them are used to treat Covid-19 patients. Long queues and even longerrrr waiting hours before the pandemic. Imagine what it looks like now. Img from Rasul Azli Samad via NST.

According to MOH Director-General, Datuk Dr Noor Hisham Abdullah, some of these measures include

So we got in touch with…

…to find out more about the suggestions made by the ministry. And, based on their stories and our limited research capabilities, we found out that…

Among one of the first things the ministry did when the MCO was first implemented was to reduce visiting hours and the number of visitors allowed in hospitals. Negri Sembilan acting state health director, Dr Mohammad Faid Abd Rashid, said that this includes not allowing children under the age of 12 at the hospital for visiting. You might remember this viral video of a Pak Guard explaining about the visiting hours at a public hospital. Img from OhBulan!

“The visiting hours have been shortened from 1pm to 2pm and 5pm to 7pm every day, including on public holidays.” – Dr Mohammad Faid to The Malaysian Reserve.

Other hospitals in Penang and Klang have reportedly done the same as early as in March 2020.

Besides visiting hours, the ministry had also suggested that medication would be posted to patients’ homes. When we first got in touch with Dr Dee, she told us that this has been implemented in govt pharmacies nationwide. And a quick search brought us to a service provided by MOH in 2015 called Ubat Melalui Pos 1Malaysia (UMP1M). Under UMP1M, medications are directly delivered to patients, who require follow-up medications, at a very minimal cost. This includes those who may be critically ill. And, as you may have already known, medications from public hospitals don’t really cost much (read: they’re free at MOH facilities!) so the only thing you may need to pay is the delivery charges, which ranges from RM5.30 to RM10.60.

So, what’s the difference between the service provided then and now?

Well, Dr Noor Hisham said that the ministry would bear the delivery charges to ease the burden of these patients. He also added that while the ministry would be doing this until June 30, patients can also opt to get their medications using other services such as drive-thru pharmacies and pharmacy appointment systems. It’s like McD’s DriveThru… but not quite. Img from Muhammad Zuhairi Zuber via Berita Harian

Dr Noor Hisham also proposed that appointments could be space out and that certain operations could be scheduled in advance.

“We could space out appointments by implementing staggered appointment hours.” – Dr Noor Hisham to Malaysiakini.

However, what we found out was that several operations and treatments have been postponed to prioritise Covid-19 patients. And when we talk about treatments and operations, this is including those who are critically ill like cancer patients.

Channel News Asia reported that the pandemic has caused healthcare resources to be stretched. So, other patients including the cancer patients they interviewed claimed that their treatment has been postponed.

“The treatment has been delayed due to this pandemic period, and so my doctor has advised me to take all the precautions in the meantime.” – Cancer patient Navi Indran Pillai told CNA.

Although this may be scary for them, Navi and several other cancer patients told CNA that they understood that doing this would help Covid-19 patients to recover.

With all these measures being implemented, the main question that remains unanswered would be how many people actually go to hospitals for appointments? Well, as it turns out…

NAH, BACA:
People are lobbying for 30% women in Kabinet. How realistic is this?

“There has been a decrease in the number of patients in both govt and private hospitals since the MCO.” – Dr Norazirah to CILISOS.

Malaysians, in general, have been avoiding going to hospitals because they fear they’d get infected with Covid-19. Other reasons why patients don’t go attend their appointments was because they thought doctors would be superbusy treating Covid-19 patients and how mafan it could be to go thru roadblocks. Have to answer police questions some more. -_-” Unedited image from Mashable SE Asia

Well, for one, Hospis Malaysia CEO Dr Ednin Hamzah said it’s very hard to see his patients, who suffer from serious illnesses like cancer and breathing difficulties, at hospitals.

In addition, the Association of Private Hospitals Malaysia (APHM) president Datuk Dr Kuljit Singh claimed that private hospitals have some staff overcapacity. This may be why Dr Kuljit also added that physicians at private hospitals are ready to assist the govt should their services be needed. 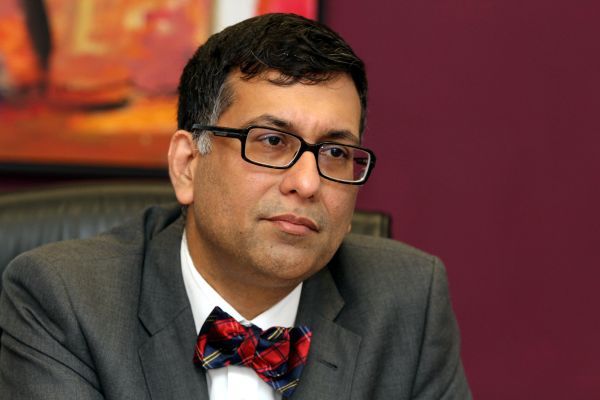 Dr Kuljit. Img from The Star

In fact, Medical Practitioners Coalition Association of Malaysia Dr M. Raj Kumar mentioned that medical practitioners at private hospitals are willing to take in non-Covid-19 cases. They’ve even reportedly been making this offer to the govt to reduce overcrowding in public hospitals even before the pandemic.

As a matter of fact, the former director-general, Dr Mohd Ismail Merican suggested that the public and private healthcare sectors form an alliance to reduce overcrowding at public hospitals. But… at what cost?

“Most doctors are willing to do pro-bono consultation for most of the patients coming from public hospitals. Private hospitals will charge only the cost price of treatment for patients referred by the government.” – Dr Kuljit to The Star.

As of now, public hospitals seem to be doing alright at handling Covid-19 cases. In fact, it was reported that public hospitals have been treating other non-Covid-19 patients as well. In Johor, for instance, a total of 6,044 babies were born and 3,792 operations were performed in public hospitals around the state.

So for those of you who seek medical treatment, you may not need to worry about doing so because there are many hospitals and clinics to handle such cases. All you have to do is to talk to your doctor about your appointments to not only prevent overcrowding but also to seek the medical treatment that you need.