*Note: The crash from the image above is from a motorcycle crash test. No real people were hurt.

Considering that 7 – 8 snatch thefts are reported in KL every day, chances are high that you would know someone who was a victim of robbers or snatch thieves, or became a victim yourself. While we might imagine ourselves chasing the robber down the streets and slamming into them with a good ol’ dose of vehicular justice, most of the time victims are just too shocked to react – or worse, too injured to react at all.

So when someone does give chase, and especially when the bad guys are sent flying off their motorcycles, we can’t help but cheer a little inside; maybe even hailing the person who knocked them down as a hero: In fact, just over the past two days alone, we’ve had two cases of victims chasing down their robbers – including one near the CILISOS office where the female victim knocked one of the robbers down than chased and caught the other one who tried running into a construction site #Tabik #Hero

But life isn’t a Hollywood movie. There are no slo-mo walks of victory followed by a cut to the credits… The parts we don’t see in the news and FB posts are the police investigations and the legal repercussions, like if they will be arrested for injuring the thieves, or even if they can claim insurance for the damage on their car.

So to answer these questions we got in touch with CILISOS lawyer friend Fahri Azzat and the first thing we asked him was if you are LEGALLY allowed to chase them down….

Yes, you CAN chase them down! Snatch thief tied with string and watched by civilians while waiting for the police. Image from The Borneo Post.

According to Fahri, Section 27 of the Criminal Procedure Code allows a private citizen (ie regular people) to arrest a bad guy for the purposes of handing them over to the police. By extension, it also applies if you are helping someone else to arrest a suspect. There are some limitations to the type of criminal you can arrest, but to keep things simple we’ll just say that it applies to robbers and snatch thieves la.

Depending on the situation, another law that may come into play here is Section 96 of the Penal Code which gives you the right to self-defense. We’ve actually written a whole article about this, but let’s just say it’s a very subjective area of the law because, while you have every right to defend yourself, you may be charged with murder if you happen to kill your attacker. We’ll get into the details of this in the next section which is…

Can you get arrested for running over the bad guy and killing him?

DO NOT DO THIS!

The first thing we gotta note here is that whether or not you’d get charged with a crime depends on what’s called the Facts of the case – meaning the outcome of the investigation by the police, so there’s no one-size-fits-all answer to this question. Police removing one of the motorcycles used by the robbers. Image from Weehingthong.

Here’s an example of how a Citizen’s Arrest and the right to self defense works: In the recent case of Mohamed Mazis Mohamed Mokhtar, who rammed down three motorcyclists who robbed him and his friends (one of whom kena slashed by the robbers); Fahri calls it an interesting case because Mohamed Mazis was justified in chasing them down to stop them from escaping and recovering their stolen items, but whether or not it was a crime for him to ram them down is an open legal question which depends on the police investigation.

“Here they are chasing them, very likely to ensure they do not escape and to recover their valuables. They were in a position to do that. It’s an open legal question what a normal person can do to effect a private arrest. That’s why it’s interesting to me.” – Fahri Azzat, in email interview with CILISOS

This is because you can’t use more force than absolutely necessary to ensure your safety or that justice is served. While it can be argued that ramming the robbers down was necessary to stop them from escaping, it’s again a very different story if you golek golek your car over them once they’re already down. This is the same principle applied to self-defense:

“There’s a thing called proportionality, so if I attack you with a plastic fork, you can’t use a gun to blast my head off” – Fahri Azzat

This one you can get charged with a crime, like for causing grievous hurt if they’re injured or for manslaughter if they die. On that note, self-defense doesn’t apply in Mohamed Mazis’ case because the victims were no longer in any danger after the robbers left them. Check out our self defense article for more details on this.

But what if you’re not the victim, but decide to help out by chasing the robbers? Well, if the bad guy happens to get injured or die after being hit by your car, you could be charged as well depending on the investigation – even if you were only there to help. Fahri adds that it’s also an open legal question on whether or not the victim will also kena charged… again depending on the investigation la.

Assuming that you’re cleared by the police, there’s still one more victim from this whole scenario that people never talk about – your car.

Will insurance pay for the damages to your car? Mohamad Mazis’ car after the chase. Image from Weehingthong.

“Yes, if you have full insurance coverage. Just watch out on the premium next year.” – Fahri Azzat 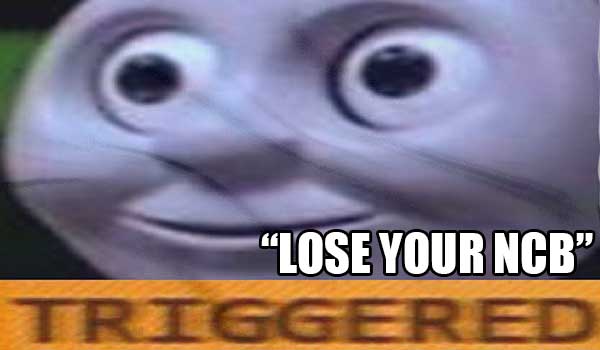 NCB isn’t a Chinese bad word – it stands for “No Claim Bonus” (sometimes called “No Claim Discount”) and gives you a discount on your motor insurance if you didn’t make any insurance claims for a year. More info here.

Do note that this depends on your individual policy also, yeah? But now that we have this answer as a base, let’s explore this a teenie-weenie bit deeper with the following scenario:

UiHua just got robbed and he’s chasing the robbers in his car. Chak is further up the road, innocently driving while listening to Taylor Swift. In the process, he:

a) Gets into an accident with Chak.

b) Hits the robber’s motorcycle, which spins and hits Chak’s car.

In both cases, the answer is the same:

“Yes, UiHua is liable to Chak’s car. Just because you are chasing someone doesn’t mean you have a free pass at causing wanton property damage like in those Cop Movies like Beverly Hills Cops, Bad Boys, etc.” – Fahri Azzat

This means that UiHua will have to pay for the damages to Chak’s car or let Chak claim against his insurance (Bye bye NCB). We don’t know what damage to wantans have to do with this, but we take Fahri’s word for it since he’s an excellent lawyer :]

If you catch the bad guy, DON’T beat him up while waiting for the police!

With the rising crime rates and people actually being injured, falling into comas, or killed thanks to these snatch thieves and robbers; it’s understandable that there would be a lot of anger and frustration towards them. And especially when a crowd is involved, the temptation to dispense some mob justice by beating up the fella gets really, really high.

However, do be aware that this opens you up to getting in trouble with the law – especially when everything is recorded and uploaded to the interwebs nowadays (video evidence yo). If that happens, you might find yourself charged for causing hurt, assault, criminal intimidation, or any offenses related to beating someone up.

It might sound a little unfair that criminals are getting this sort of protection after all the hurt and pain they might cause, but there’s a perfectly valid reason for it – at least in the eyes of the law:

“Just because a person has committed an offence doesn’t mean that anyone gets a free pass to beat or humiliate the suspect. Mind you, he has not been convicted in court so he’s presumed innocent until proven guilty. As much as it is against our sentiment and emotions, we have to grant them legal respect, not actual respect. Legal respect means respecting the legal system and its processes.

So though the person has been arrested or is charged, you cannot treat them like a criminal or worse, abuse them.” – Fahri Azzat

But why are so many crimes happening in the first place?

Perhaps the one thing we’ve not addressed in this article is why these crimes are on the rise. While it could be any (or a combination) of reasons ranging from a bad economy to illegal foreigners entering the country, we can’t help but wonder if the police are doing enough to curb these crimes. What do ugaiz think? Let us know in the poll below:

To be fair, we can’t realistically expect the police to do a Batman and stop crime the moment it happens – and they have been taking proactive steps by assigning patrols in hotspots – but as the saying goes, malang tidak berbau. The important thing here is to keep yourself and the people you’re with safe because hey, material items can always be replaced. Here are some basic safety tips, and you might even want to consider getting an insurance policy that covers against snatch theft, like this one here.

So in that regard, we really hope that the information in this article will be useless to you or, at the very least, sekadar berkongsi pengetahuan saja  🙂