The answer to the question in the title is the same as your too-proud-to-be-single friend’s Facebook relationship status:

But we’ll let you know why in a bit cause there’s been a lotta noise over the issue of self-defense in Malaysia, with the most recent spark being the case of Mohamad Zulkifli Ismail, who stabbed two men who tried to rob him at his home in Terengganu and killed one of them. To his (and everyone’s surprise), the police instead charged him with murder. The punishment for murder, FYI, is the death penalty. 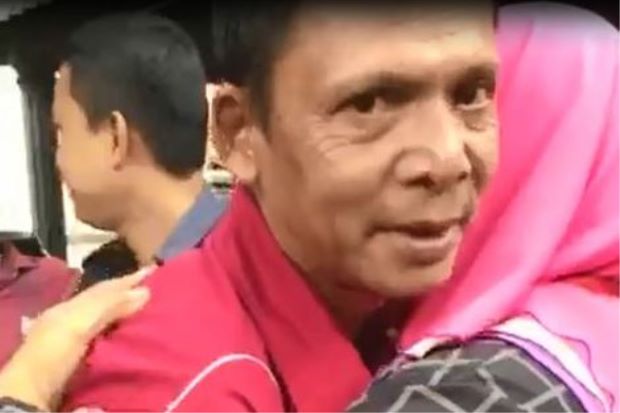 Zulkifli Ismail, after his arrest.

In responding to criticism of the arrest, IGP Khalid said that this:

“If someone robs us, that doesn’t mean that we can kill him” – IGP Khalid, as quoted by The Star.

So this of course amounted in all sorts of outrage, from sarcastic posts asking people to treat robbers like guests,

to resigned anger and disappointment.

But what if we told you the IGP was right? Bet you didn’t see this coming. image from The Rakyat Post.

Waaaait! Don’t angry and close this page yet… we can explain!

We totally get why emotions are running high – it seems that the cops are protecting the criminals and punishing the victims! Why should a man be sentenced to death for protecting his own home? Well, take a moment to cool down by at our Cute Animal Rest Stop™ and hear (read?) us out. We spoke to Marcus, a practicing lawyer with AmerBON, Advocates as well as Wilson from AskLegal, and they tell us while there is a right to self defense in our Penal Code, it’s also a very thin line between self defense and murder. Here’s what they said about IGP Khalid’s statement:

“Personally, the IGP is correct in this issue. The public needs more research and deeper understanding of the law” – Marcus, in phone interview with CILISOS

Because explaining the law itself would be pretty complicated, we’ll mostly be using examples to help you understand them. However, you can read the details in full here on page 49.

So let’s start with… This is a simulated arrest taking place, BTW. Image from Astro Awani.

What we mean by this is that no matter the crime, police procedures will remain the same. To clarify this –

So, just because a person is charged with murder doesn’t mean he’s guilty.

“Many people do not know the extent of self-defence. Section 99 of the Penal Code details the extent to which a person can defend himself. There is also a limitation for the police.” – IGP Khalid, as quoted by Free Malaysia Today.

If you killed a robber in your house and called them, the cops can’t go “Oh dear, sorry you had to go through that. We’ll just get the body out of the way and you try to have a good night, ya?”. No, they’ll have to conduct an investigation, which will probably involve you (and any other witnesses) giving a statement at the balai, as well as the forensic CSI stuff.

A report is then written by the Investigating Officer, which is then sent to the Deputy Public Prosecutor (basically the one who tries to show you’re guilty of a crime) who decides whether or not to charge you, and what to charge you with.

So how do they decide if they wanna charge you with a crime or close the investigation? Here’s where it starts getting tricky because… 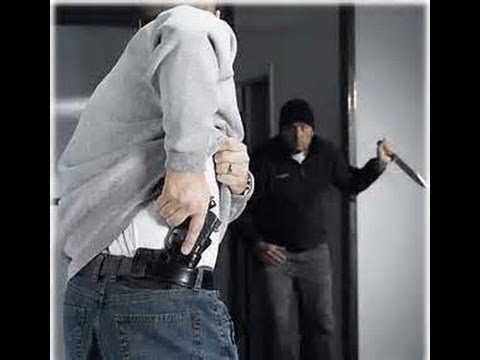 One of the main points brought up by Marcus, Wilson, and the IGP are the restrictions mentioned in Section 99 of the Penal Code which doesn’t allow you to inflict more harm than what’s needed, and to not take matters into your own hands if you had the opportunity to contact the police.

So here are a couple of examples of inflicting more harm than needed:

A robber breaks into your home. You come down with a gun and he’s armed with a chopstick. If you shoot him, you’ll probably be looking at a murder charge.

Marcus explains that the legal way of looking at it is that the amount of force you use has to be equal (proportionate) to the damage that you might receive.

And here are a couple of taking matters into your own hands:

A robber breaks into your house. He ties you up and you happen to recognize him as your neighbor’s son. The next day, you go to his house and shoot him. Even if he really was guilty, you’d still be looking at a murder charge cause you could have called the cops.

A robber breaks into your home. He’s armed with a parang and you confront him with a gun. He drops the parang and runs. If you shoot him as he’s running away, you’ll probably be looking at a murder charge.

The legal explanation here is that if the criminal no longer poses a threat to you, injuring or killing him would be seen as having as you having an INTENTION to harm or kill.

By this time, you might be thinking that our examples are pretty shallow… like, things are never this clear-cut in real life, bro. And you’re right, because…

NAH, BACA:
The US is spying on other countries by selling them this machine. Malaysia bought one.

3. Every case is same-same (but different) Marcus and Wilson tell us that each case is highly dependent on the Facts, which in this context refers to conclusions from the investigation to determine what actually happened. And the facts are where things begin to fall into the gray area because, other than the situations stated in the Penal Code where self-defense can be used (such as rape, arson, and murder, but you should read that yourself here), and also on the circumstances at the time.

So using one of the previous examples, we can see how the circumstances will change if:

You have a gun while the robber has a chopstick. But this time, you have two young children behind you. The robber is aggressive and tries to stab you or your children, and you shoot him. You might look at a lesser charge and/or have a stronger defense in court (if they charge you) – Example based off conversation with Wilson.

So yea, while the law does define the limitations of self-defense, it also allows investigators and lawyers to look at the facts of the case and act accordingly – which isn’t the easiest thing to do. But don’t take our word for it, how about…

So let’s try this out… Here are a few real-world examples in which you can decide whether or not and how to charge and/or punish them:

A man allegedly broke into the home of a pregnant mother of three children while her husband wasn’t around and attempted to rape her. She managed to throw chili powder into his eyes and then beat him with an iron rod. She then got a parang and hacked him multiple times on the head. When the husband returned, they buried the rod and parang and dumped the body into a ditch.

This was the case of S.Kalaichelvi, who was initially charged with murder, which was later changed to causing death by negligence. She was sentenced to two years in prison after pleading guilty, although the judge mentioned that the “severity of the injuries” warranted a harsher sentence. Her husband was charged with disposing of the evidence.

A road bully confronted a lawyer in Bangsar with a stick in broad daylight. The lawyer showed his gun (which he was licensed to carry), but the man didn’t back off. The lawyer then fired a warning shot into the air, which was ignored. When the man threw the stick at the lawyer, he shot at the man, killing him.

This was the case of lawyer Datuk Balwant Singh, who was investigated and charged with murder but was judged innocent and freed by the High Court in 2003. The court found that he had done everything in his power to give warning and avoid a confrontation, and witness testimonies supported his version of the events.

A man and his son were awoken in the middle of the night by the screams of their Myanmar worker who was being robbed. The father was armed with a shotgun (which he had a license for) and the son with a parang. In the dark, the father mistook the son for the robber and fatally shot him in the head.

This was the case of Chong Kuan Fatt, who was the victim. His 76-year old father has remained unnamed. The police arrested the father as part of a murder investigation but eventually closed the case without any charges being filed.

P.S: We couldn’t get access to the official court documents other than for the Balwant Singh case, so some details might be missing Not always the case…

Sure, sometimes it might seem as if a big shot might get away with shooting someone while a poor housewife goes to jail for defending herself, but before do we really know the full facts of the case?

Many of us will probably admit that whenever we see news of a robber being beaten or killed by a “brave member of the public” or a snatch thief being knocked down by his victim, we can’t help but silently cheer these people on for standing up for themselves and ensuring that the bad guys get their just desserts. Similarly, we’d be pretty darn pissed off to find that these heroes will be punished for… what, making society safer?

But here’s the thing… we can’t expect double standards from the law. Whether you killed someone to defend yourself or because you didn’t like his face, the law remains objective in the fact that you killed someone. It’s then up to the police and the courts to determine if it was done on purpose, accidental, or if you had no choice. If we allowed everyone to take the law into their own hands and become vigilantes, how soon will it be before someone accidentally kills an innocent person by mistake? And what will we do then?

EXTRA: What’s the best thing to do if you’re confronting a criminal? 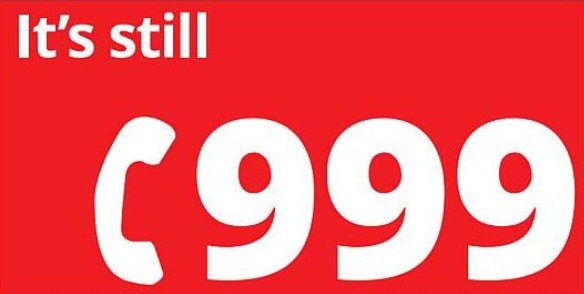 Well, it’s easier said than done – cause you won’t be thinking of these things when staring down the business end of a parang – but the general advice is to exercise restraint and always call the cops. If you manage to overpower the criminal, detain him, call the cops and DON’T injure him any further. If you happen to kill him, don’t touch anything else and call the cops.

It’s also a good idea to remember the emergency number “999” or, if you live in Selangor you can download the MyDistess mobile app which sends a one-click GPS-tracked emergency signal to the police. Here’s the link for Android and iOS.