27 Jan 2021 may not be significant to anyone in particular but it was significant to at least one guy in Malaysia – Najib Razak. And that is because his 1MDB trial resumed on that specific date after a four-month pause.

Screenshot from The Edge Markets.

However, we’re not gonna kepoh about his trial. What intrigued us more are the people who were allegedly involved in the 1MDB saga besides the main players of this saga.

And that’s because one minor player of this saga, Elliott Broidy, who tried to stop the 1MDB investigations in the US on behalf of Jho Low, was recently pardoned by former US president, Donald Trump. So, that made us wonder: what happened to the other entities – individuals and institutions – that were allegedly involved with 1MDB?

Seeing how we’re all stuck at home during the MCO, we decided to scour whatever information we could get on the internet (based on news sites la ok) to find out what happened to them. And when we say allegedly involved, we meant anyone who was accused of either money laundering, bribing, assisting in those two criminal acts or even those allegedly received 1MDB money.

Based on our findings, we’ve come up with four categories, starting with…

Based on our findings, most of the cases that are already settled involve the amount of money MACC wanna recover, which worth RM 256 million. Back in 2019, the anti-corruption agency came up with a list of 41 entities who allegedly received 1MDB funds and it aims to retrieve them back. You can read more here. Some of the entities like Bustari (beside Najib in the first image from the left), MediaEdge and Habib. Click image to read more.

So, how much did MACC managed to recover so far? RM15.2 million from 17 entities like…

Besides retrieving the 1MDB money…

B. MACC returned some money to four entities. Elliott (left) and Andrea. Images from The Wall Street Journal and SCMP

As we mentioned in the intro, Elliot Broidy, Trump’s former fundraiser, tried to stop the US from investigating 1MDB. He pleaded guilty to his charges in October 2020 for violating the Foreign Agents Registration Act (FARA) when he lobbied the govt on behalf of Jho Low but was pardoned by Trump. You can read more about him here.

Aside from him, former Goldman Sachs executive Andrea Vella’s case is also considered as settled. However, unlike Elliott, he wasn’t charged with being involved with 1MDB at all and he was simply assisting the US in investigating the scandal. Despite that, he was banned from the banking industry for a lifetime.

This is the first mention of Goldman Sachs in this article but if you remember the 1MDB saga, you’d probably know this won’t be the last time we’re mentioning the company.

A. High Court’s decisions on 12 entities were challenged

When the High Court wasn’t able to find evidence that linked the money seized by MACC to 1MDB, it will instruct MACC to return the money. However, MACC has appealed against the High Court’s decision in some cases. 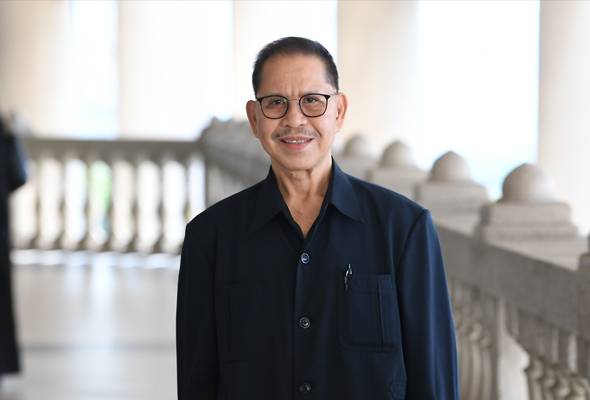 As of the time of writing, the only thing we know is that the court will hear MACC’s appeal in cases involving Wanita MCA, UMNO and Habib Jewels Sdn Bhd on 18 March 2021. However, other cases seem to be pending and they involve…

In another separate case, UMNO Pahang contested against the forfeiture of RM2.48 million from them. This case will be heard on 18 March 2021.

Another guy, Mohd Sumalli Reduan tried doing the same thing too but he failed and there’s no further update on this. But this is not the only reason why MACC’s forfeiture is still pending.

B. The court is waiting for people to contest the forfeiture for three entities

Before coming up with a final decision, the court actually allows any third parties to provide reasons as to why the govt shouldn’t forfeit money seized by MACC.

Apparently, the court opened up this opportunity to Sim Sai Hoon but the last piece of news we found about her stated that her rep needed more time to reply to the prosecutor. We’re not sure how much time her rep needs considering how two years has passed since that particular news. Besides that, the court also offered the same opportunity to Gerakan Gagasan Belia 1 Malaysia and UMNO Johor until 21 February 2020 and 7 April 2020 respectively. However, there is no update to any of these cases.

C. Five men still have ongoing trials as we speak By now, you may already know that Najib was sentenced to 12 years of prison back in 2020 for all of his charges related to abuse of power, criminal breach of trust and money laundering but he appealed against the High Court’s decision. Besides that, he also has another court hearing regarding the forfeiture of his – along with 17 others, including Rosmah’s – seized items and, as we all know, these court cases are still ongoing as we speak.

NAH, BACA:
How the mysterious death of an auditor in 1983 led to Malaysia's first banking scandal

Another ongoing court cases include former Goldman Sachs’ banker Roger Ng, whose court case in Malaysia was scheduled to resume on 25 January 2021 while his court case in the US would be on 8 March 2021.

Next on the list would be Tarek Obaid, the director of PetroSaudi, who was charged in Malaysia for money laundering involving RM1.24 billion. The govt was about to freeze RM1.4 billion from several entities including himself but the bid has been postponed to a later date due to new development to the 1MDB case.

Other individuals with pending court cases include:

A. MACC has yet to return money to four entities Image via MediaSensasi. Apparently not that sensasi after all

B. Five entities have yet to pay fines and return the 1MDB money

From left: Riza, Nickie and Timothy. Images from The Edge Markets via MSN, IMDb and SCMP

Let’s start this with the most shocking case – Riza Aziz‘s. He was previously had five charges of money laundering  that were later dropped after Sessions Court judge Azman Ahmad decided to grant him a discharge not amounting to acquittal (basically he’s not entirely innocent of his charges la). He has yet to pay a compound fine reportedly amounting to RM500,000 on top of returning foreign assets worth RM465.3 million.

Next up would be Goldman Sachs, whose charges were dropped because the company opted to pay a settlement of RM15.8 million to the Malaysian govt. However, as of now, it seems like the board of directors are scouring for money (read: getting pay cuts) to pay that on top of other penalties in Hong Kong, Singapore and the UK.

Other pending settlements include…

We can probably tell what’s on your mind when you see this header. As it turns out, there are five other Malaysian fugitives besides Jho Low that are still wanted by the Malaysian govt. All of them were accused of money laundering. Here’s a quick guide on who they are: Ok la, here’s a clearer picture of these people. Img from The Edge Markets

Aside from them, there’s another guy who seems pretty MIA as well. He’s former PetroSaudi’s director Patrick Mahony, who was charged for laundering RM1.24 billion but there wasn’t any news about what happened to him or even his whereabouts. #weird

Seeing how things are going at this rate…

It seems like the 1MDB saga is far from ending

Truth be told – these are just the tip of the iceberg. By now, you might realise some important people who are barely or not mentioned any of the categories above, including Rosmah… Ok la, there are actually two more entities – IPG Mediabrands Sdn Bhd and Pertubuhan Kebajikan Dakwah Islamiah Malaysia (Pekida) – which are not in our list above because there’s not much news on whether the govt has retrieved the 1MDB money from the aforementioned entities.

And as for Rosmah, we discovered that her charges are not related to 1MDB at all. This was clarified by her lawyer, Datuk Geethan Ram Vincent, who said:

“There was much speculation that the charges would be related to 1MDB but there were none.” – as quoted by The Edge Markets.

There are also more deets on the about the entities we mentioned above and you can see the full list here. In fact, there might be more entities involved in the 1MDB saga besides the 61 aforementioned entities.

At the time of writing, it seems like a lot is still yet to happen – from court cases to returning money to entities and even finding those who are still missing in action. But what we do know as of now is that Najib’s case would resume on 15 February 2021, where we might be able to know if he’s successful in his request to get Datuk Sri Gopal Sri Ram off the prosecutor team.

As for the other the pending cases and missing people, only time will tell how all this will end. In the meantime, we’re just gonna catch a real quick coffee break from all this.