So the MACC dropped another bombshell today, naming 41 companies that have received money from 1MDB in a civil forfeiture lawsuit under section 56 of the Anti-Money Laundering, Anti-Terrorism Financing and Proceeds of Unlawful Activities Act 2001 (AMLA) at the High Court.

What that means is that MACC has found clear, trackable transactions to these local entities amounting to RM265 million – making it (according to MACC) the biggest civil forfeiture this country has ever seen. Also keep in mind that this is JUST for local companies, with MACC stating that money to foreign companies will have other avenues to pursue.

In that press conference, Newly appointed MACC head, Latheefa Koya also verified that all this money came from ONE Arab Malaysian bank account which had received moneys directly from 1MDB, so you can probably take 2.6 billion guesses which one that is la.

What’s perhaps more shocking about the lawsuit, and what people are talking about online, are the PEOPLE and COMPANIES named in the lawsuit– like big advertising agencies, Habib Jewels and individuals who’s names have not been heard in a long time, bringing even more potential heads that might roll in the giant that is 1MDB. Latheefa also indicated they might get more names in future.

But actually, the RM265 million pie isn’t really evenly divided. The EDGE published a list apparently from the MACC of how much each organisation is getting. The biggest? UMNO – with RM213 million. So that leaves a mere RM52 million for the rest – here’s the list of the 40 remaining entities, grouped for your reading convenience. Image via MediaSensasi. Apparently not that sensasi after all

Let’s start with the biggest one outside of UMNO itself. Jakel Trading Sdn Bhd, who received RM11.4 million and another RM337,634.78 through its subsidiary Perano Sdn Bhd (yes MACC track down to sen yo), is no stranger to controversy, with DAP launching a police report against them in 2016, and pro-UMNO blogs citing sources that said the company actually is paid to supply clothes and blankets to the underprivileged.

Next are two CILISOS advertisers (yikes!). IPG Mediabrands Sdn Bhd and Media Edge CIA (M) Sdn Bhd who according to the same report, received RM2.5 million RM4.6 million respectively. They’re two of the biggest media agencies in town, so assumedly the money was for purchasing advertising (no we didn’t get any). Another company listed by MACC is AGA Touch Sdn Bhd, but details are scant other than a court case they were involved in a couple of years back, but they too received a significant amount at RM3 million. Binsabi Sdn Bhd (RM277k)meanwhile is an events management company that handles gomen events (including for the current government it seems!). Rayhar Travels (RM121k) as its name suggests, is a travel agency, offering tourist packages and so forth. Both K&Z Enterprise Sdn Bhd and Hattatex Trading are clothing companies. Naza Quest Auto Sdn Bhd meanwhile is a popular Chevrolet showroom located in downtown KL.

One of the bigger names mentioned, Habib Jewels, apparently received the least among the companies involved, at just RM90,485.66, which is pretty close (right again!) to Sarawak Reports‘ estimation of RM100k from money allegedly stolen from SRC..

So alot of the political parties that received funds outside of UMNO were based in East Malaysia.

Just google “Yayasan scandal” and see the results wei. Nuts. The biggest from this 1MDB fund is Pekida (Pertubuhan Kebajikan Dakwah Islamiah Malaysia), a right-wing pro-Malay organisation that also fights for the sovereignty of our royalty. They were also the guys who lodged a police report against a guy lodging police reports for 1MDB. Now you know why. 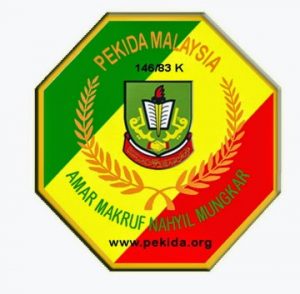 Now we move to the Yayasans. And they got bucketloads too. Yayasan Permata Malaysia got RM4.4 million, but this actually makes sense because it was an official start-up donation – the NGO is one of Rosmah’s favourites, focusing on child education. It still exists today, although it’s been moved from under the PMO to the Ministry of Education.  Then we got Yayasan Cemerlang or Yayasan Tun Rahah (RM833,224), which was actually started by Najib’s mom,Tun Hajjah Rahah Binti Tan Sri Mohd Noa which also looks after children. So cute.

NAH, BACA:
One of Malaya's original independence fighters... was a Jewish lawyer 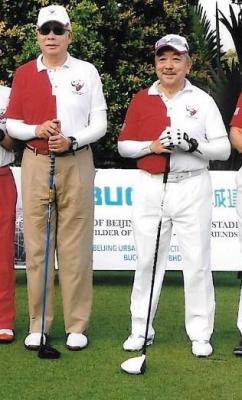 Bustari and Najib golfing together in matching outfits. Awwww. Image via Sarawak Report

The first individual on MACC’s list, Datuk Ibrahim Awang Ismail doesn’t have much of a rapsheet. he was Chairperson of Biro Pendidikan UMNO Pekan, but that’s it. Maybe a friendly neighbour?

The biggest donation in the individuals list is RM6,623,228 to Bustari Yusof, who was once treasurer for Parti Pesaka Bumiputera Bersatu (PBB) way back during Taib Mahmud‘s time. This guy seems to always be next to Najib’s, and not just on the fairway. His company, OBYU Holdings has been linked by the courts to 1MDB, while his name has popped up numerous times on Sarawak Report.

Another East Malaysia old timer on the list is Kasitah Gaddam (RM154,757), who was a cabinet minister way back during Tun M’s first outing as PM. He might be in familiar territory since he was charged with corruption in 2004. He was acquitted in 2009, so let’s see how he does this time.

Then there’s UMNO guys (of course) like Dato Sri Haji Ismail Haji Abd. Muttalib, who’s MP for Maran, and Dato’ Seri Haji Hasan bin Malek (ex-MP for Kuala Pilah) each of whom got RM100,000. Malek was also the ex Minister of Domestic Trade, but you might know him as Menteri Ayam. Why? This quote. 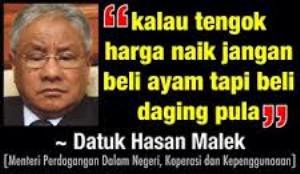 He claimed he was taken out of context. Image from Cari

Then there’s Abdul Manan Ismail (RM265,146), an ex Chairman for MyIPO, an intellectual value organisation, who also worked as Setiausaha Sulit Khas for Najib between 1986 to 2004. He however passed away earlier last year.

The last one is a strange one. Sim Sai Hoon is the former Executive Chairma of the Sin Chew Media Group and Director for Centre of Strategic Engagement (CENSE). Earlier this year, she actually admitted during Najib’s trial to receiving RM300,000 to monitor local media to find out why Chinese were ‘anti-governmental). However, she said the money has already been spent on staffing, and monitoring costs. Oops.

Sim and her lawyer. Image via Malay Mail

If you wanna know more, you can go to the court and kepoh during the cases.

The MACC indicated importantly that it was not a criminal prosecution, as that would take more time, and their priority was to recover the money. They’ve also specified that the court case will be open, and held on June 25 followed by July 10, 24 and 31, 2019. Timing we dunno. MACC Facebook page maybe?

“The process is quite transparent. When we filed, (the entities) would have been aware. If they decide to voluntarily give back the money, then it’s all well and good. While the public can’t see the details of the affidavits right now, they’ll be available to everyone when the case actually goes to public court.” – Latheefa Koya, MACC

Keep in mind that not all these entities just pocketed the money. Some use to to provide real services. But right now, the MACC say the case is quite straightforward. The money definitely went to these entities, and they want it back. The only way out of paying the gomen back is for these entities to…

In fact, the MACC has already revealed that two individuals have returned RM2 million of the money already! Yay! Only RM268 million to go! Latheefa close her press conference with a warning to money launderers everywhere.

“This is what money laundering is all about. If you get dirty money, then we will look for you. The responsibility is on those who received the money. You can’t give an appearance of shock or surprise if you’ve received millions of ringgit. You as the recipient account holder has a responsibility. Otherwise we will just have a situation where people are just gonna put money into various accounts and the recipients just say they don’t know. It’s happened before” – Latheefa Koya

One journalist raised a question on whether there would be office-raids like the ones we saw of Najib’s apartments. To that question, Latheefa assures that these entities can rest easy for now. “This is proper, we have to give notice even that we’re going to freeze the accounts. If there’s a raid, I wouldn’t be telling the media.”

Co written by CILISOS and SOSCILI staff in a few hours of fervent research and last minute kopi while waiting out Friday night jam.