UPDATE: 26/7/2017: We have been contacted by Mr. Tang from Climate Protectors, after which, we have corrected some elements of the article for balance and accuracy.

But what will the company be looking after? Well, it’s something called ‘carbon credits‘. We’ll explain what it is in a moment, but for now what you need to know is that carbon credits are something that you can sell. And the profits from selling these carbon credits will then be split among the Kelantan state government and Climate Protectors, 55-45.

“The Kelantan government is always concerned about the forest and this is proof that we will protect the forest for our future generations,’’ – Datuk Ahmad Yakob, Menteri Besar Kelantan for the Star.

Tang Too Siah, the CEO of Climate Protectors had said that the agreement was an initiative from the Kelantan government to protect the region from both illegal and legal mining activities.

“The size (of the area) is enormous, this is the first time the government has given 25% of its land mass to such a commitment,” – Tang Too Siah, for Bernama.

Tang had further stated that in addition to profit from selling the carbon credits, the state will also receive the latest technology to monitor the forests for free. But before we get any further, we should address some basic issues first.

So what is this ‘carbon credit’ thing, anyway?

If Sejarah was your favorite subject in school, you might have remembered something called Indulgence certificates being sold during the Reformation. If you don’t, it’s kinda like a certificate you can buy that cancels out your sins or something. Or so the history textbooks told us. Buy two get one free. Source

Carbon credits are pretty much the same as the Indulgences.

A carbon credit is like a permit of certificate that forgives you for letting out one tonne of carbon dioxide (or a relative amount of other greenhouse gases) into the atmosphere. Kinda like this person who probably owns the factory behind. Unedited background from econews.com.au

Well that sounds convenient. So how does one earn a carbon credit?

Basically, an industry or a country can earn carbon credits by having forests to absorb all the excess carbon, or by producing less carbon through implementing environmentally-friendlier procedures to their industries, among other things. And why do they even do this?

Back in 1997, a bunch of people from the United Nations came up with an international agreement called the Kyoto Protocol. No, not the Malaysian band. The Kyoto Protocol was drawn up as a response to scientific findings that the world is warming up, and we did it with all our carbon dioxide. It contained different steps to be taken by different countries so that we could all play a part in reducing global warming. 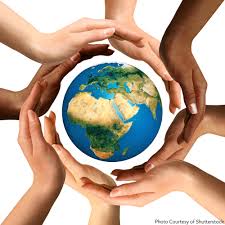 For a more detailed explanation of the protocol you can click here, but simply put, developed countries have a limit on how much greenhouse gases they can emit in a year. If they go over the limit, they will be penalized accordingly and have to pay a certain amount of money.

However, for countries that rely on carbon dioxide-belching industries, cutting down on their carbon output to stay under that limit can seriously put a damper on their activities. To get around that, these countries were given alternative ways to stay below the limit other than reducing their carbon output. One of them is by buying carbon credits.

Kelantan dabbling in carbon credit trading for the environment sounds good, but… It sounds like a pretty environmentally-conscious idea at first glance for Kelantan. On one hand, it’s sort of a shift from a resource-based economy (read: cutting down trees for money) towards a more sustainable form of income. Kelantan gets to keep their forests, and at the same time they get to charge money for all the greenhouse gases that their forests absorb.

However, some studies indicate why carbon credits don’t work and others highlight no noticeable change in the global greenhouse gas (GHG) levels since the Kyoto Protocol came into effect. On the flipside, carbon credits have been associated with incentivising eco-friendly projects and sustainable practices for recipients, which is what Kelantan might be doing here as well. What definitely DOES work tho, is a lucrative industry for carbon trading.

Developed countries, when asked about their GHG emissions. Source

At this point, one may think that trading carbon credits is more of an economical endeavor rather than an environmental one. Regardless of the Kelantan’s intentions, they might wanna take a real close look at the company they’re working with.

Kelantan might have vouched for a new eco-BitCoin without knowing it… or did they know?

Six months after the agreement, both Climate Protectors and EcoBit found themselves on the Bank Negara Malaysia’s watch list, which it actually warns Malaysians from dealing with. We haven’t mentioned Ecobit formally so far, but they have been in this story since the very start. If you take a closer look at the images of the contract signing, you can see their name in the backdrop. One of the directors of Climate Protectors, Mr Tang Too Siah, is also a director for EcoBit, or EcoBit Asia Sdn Bhd to be exact. There are also some that alleges Tang Too Siah to actually be TS Tang, a name associated with the BTC Panda, a Bitcoin mining scam from a few years ago.

UPDATE: Mr Tang has contacted CILISOS and clarified that yes, he was asked to speak at the BTC Panda event, but is not directly involved with them.

“As I am one of the pioneer of Bitcoin and Blockchain technology in Malaysia since 2010 , I was invited by the Philippines Organiser to talk about Bitcoin, Block chain & Mining as you can see from the whole video. Please note 0:55 , thanking the organiser to give talk on it. Some might be mistaken , officiating or giving talk is endorsement or affiliated to it. ” – Tang Too Siah (watch the video here)

If you haven’t heard of it before, Bitcoin is basically a digital currency where users can buy and trade online. There are ALOT of digital currencies now, called cryptocurrency.

So among other things, EcoBit is a company that sells a digital currency called EcoBits. However, there are a few differences between EcoBits and Bitcoins. One thing is that Bitcoins were the first, and have built their value quite nicely over the years – one Bitcoin (BTC) is worth a little more than RM10,000(!). Why so high? Because they’re credible and in demand.

For a new currency like EcoBits, they need to work their way up.

This process is called an Initial Coin Offering (ICO), and that’s pretty much how EcoBits are valued. Competition is stiff, because… how would you convince someone to invest in your currency, if nobody is using it already? Some people are kicking themselves right now for not investing in Bitcoins a few years ago. How do they convince people that not investing in EcoBit will be something they’ll regret later?

EcoBit’s strategy, as it turns out, is to seem credible and associating themselves with nature preservation and the big names in it. However…

Climate Protectors and EcoBit go to great lengths to seem credible, but they’re not doing too well la When u try hard 2 be gangsta but ppl know who u r. Source

Husam Musa, Amanah’s vice president, was first to point this out. While Climate Protectors had said that it needs 12 to 24 months to determine the carbon values of the forest, Husam pointed out that the company invited public participation by selling EcoBits a mere three months after signing the agreement.

Ahmad Yakob, Kelantan MB had denied allegations that Kelantan is collecting money from the public through Climate Protectors/EcoBit. Or the archives. Source

Why would a company delete sections of their website, but leave the other parts intact? The answer to that might come from an archived version of the page, which reveals the deleted description for the first phase:

“…implementing the latest technology called EcoBit with the REDD+ programme. It is a blockchain technology where data is structured in a way that makes it possible to create a digital ledger of transactions, which cannot be altered but totally transparent, thus enabling it to track and monitor the carbon credit.”

For those unfamiliar with the term, REDD+ stands for Reducing Emissions from Deforestation and Forest Degradation in Developing Countries. It’s an effort under the UN’s Framework Convention on Climate Change. However, the NRE Minister Wan Junaidi Tuanku Jaafar had said that the agreement between Kelantan and Climate Protectors had contravened the conditions set by the UN.

“I want to stress that REDD is an initiative fully recognised by UNFCCC and it is hoped that it would not be jeopardised by unethical activities by certain irresponsible individuals,” – Wan Junaidi Tuanku Jaafar, Natural Resources and Environment Minister, for MalaysiaKini.

While on their website Climate Protectors Sdn Bhd claimed that they have “signed a 30 years REDD/REDD+” with the government of Kelantan, checking Malaysia’s REDD projects list on the REDD website shows that whatever it is they’re doing, it’s not REDD. You don’t call bread slices ‘pancakes’ just because you pour maple syrup on it. Source

It’s also worth mentioning that EcoBit once used the UNDP logo on their website, despite not having anything to do with the UNDP. However, it was allegedly taken down a few days before the UNDP sent them a letter about it.

However, one thing that does raise the credibility of Ecobit, would be their association with Climate Protectors, and by proxy, the Kelantan government.

Is all this really being done for the environment? Some have hidden agendas. Source

Wanting to reduce carbon emissions is a good thing, however at the moment there are so many things that are not quite there with Kelantan’s deal. To briefly sum up:

Despite all these, the Kelantan government shows no signs of backing out of the deal, and they are refusing to talk about it in their legislative assembly. If you’re from Kelantan, you might consider writing a letter to your MPs and ADUNs to get them to solve the problem.

However, regardless of the carbon credit fiasco, there have indeed been genuine efforts by the Ministry of Environment and Natural Resources to combat global warming. Currently, they are applying for funding from the Green Climate Fund (GCF) for the reduction of green house gas emissions. Ironically, this feature image looked like people building a greenhouse over the world. Source

If Malaysia’s application get through, the money will be used for environmental projects that are legit according to the UN. So far, there have been 43 approved projects worldwide, and Liberia just got their first instalment amounting to 2.2 million USD.

But that’s not to say that carbon trading won’t make money. Climate Protectors did promise to pay the Kelantan state government RM10 million annually for two years in January, as part of the agreement. However, where the money will come from or whether the money will even come at all remains to be seen.

Share this article:
NAH, BACA:
Malaysia is cleaning the Port Dickson oil spill with diaper material. And it's effective