A 25-year-old Malaysian from Batu Pahat, Johor has just discovered something that could possibly save the whole human race. Lam Shu Jie, who is a PhD student at the University of Melbourne, may have developed an alternative to antibiotics! 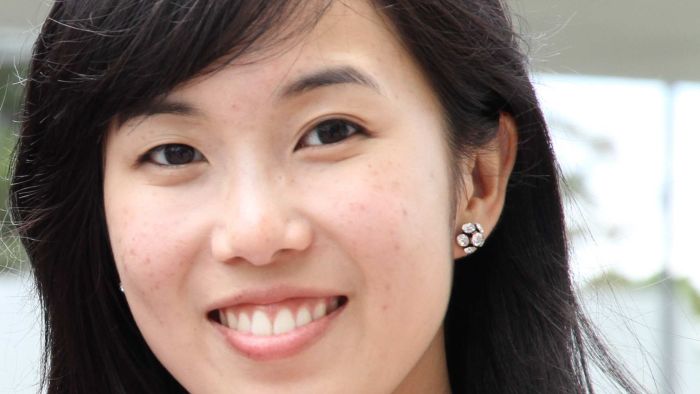 A 25-year-old did that? What are we doing with our lives? Image from abc.net.au

Her discovery is the big buzz in the medical research field currently. Just imagine…if her new medicine works, this could mean people don’t have to rely on antibiotics any more.

Coz bacteria can become immune to antibiotics. One day, there’ll be no more antibiotics strong enough to kill ’em 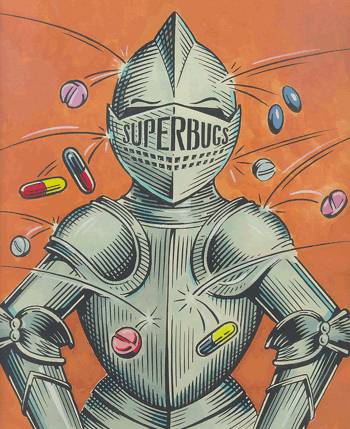 Bacteria are evolving faster than we can create new antibiotics! But how do they become resistant to antibiotics? Every time a person takes antibiotics, sensitive bacteria are killed, but the Chuck Norris ones may survive and multiply.

Antibiotic resistance occurs when bacteria mutates in some way that reduces or eliminates the effectiveness of drugs, chemicals, and other agents designed to cure or prevent infections. As a result, illnesses that should be easy to fix are getting harder to treat, while the threat of antibiotic-resistant superbugs is on the rise [P/S: Superbugs is a term referring to bacteria that has become resistant to antibiotics]. Yadda yadda, here’s the grandmother story simplified:

That’s why doctors always instruct us to FINISH a course of antibiotics. It’s to make sure the medicine kills all the bacteria and not leave a single one alive. If some do survive, they’ll start singing Gloria Gaynor’s ‘I Will Survive’ and invite more of their members to the party, leaving us humans to feel worse than hungover. Recently however, there has been a change in this view among medical experts. Some doctors believe patients should stop taking antibiotics once they feel better.

Besides not finishing a course of antibiotics, repeated and improper uses of antibiotics also could cause bacteria to become drug-resistant. Which brings us to the problem in India…

In India, doctors are making it RAIN antibiotics! India is the largest consumer of antibiotics globally. Image from Huffington Post

Doctors are known to prescribe antibiotics for a lot of ailments to the point that India now has the highest rates of resistance to nearly every drug available to treat it.

What’s worse is India could be spreading superbugs across the globe! Initially, most people carrying a certain bacteria with a new resistance factor had some link to clinics in India, (through medical tourism or health care needed while abroad). Within a year, patients with this bacterial gene were discovered in the US, UK, Canada, Japan and China, and today, it’s in more than 70 countries.

It’s so bad that medical experts have named a superbug after New Delhi (where it was thought to have originated). But the name became so controversial and India was pissed off. They claimed it was a plot to throw shade on their lucrative medical tourism industry.

How does bacteria resistance spread from India to the rest of the world? The same way normal bacteria spreads, of course. Bacteria may build resistance in one person’s body, but the action does not stay there. When the sick person goes around sneezing, coughing, kissing, and sharing food, his/her antibiotic-resistant bacteria can enter a healthy person’s body. So when sick people travel overseas, it can spread there too. 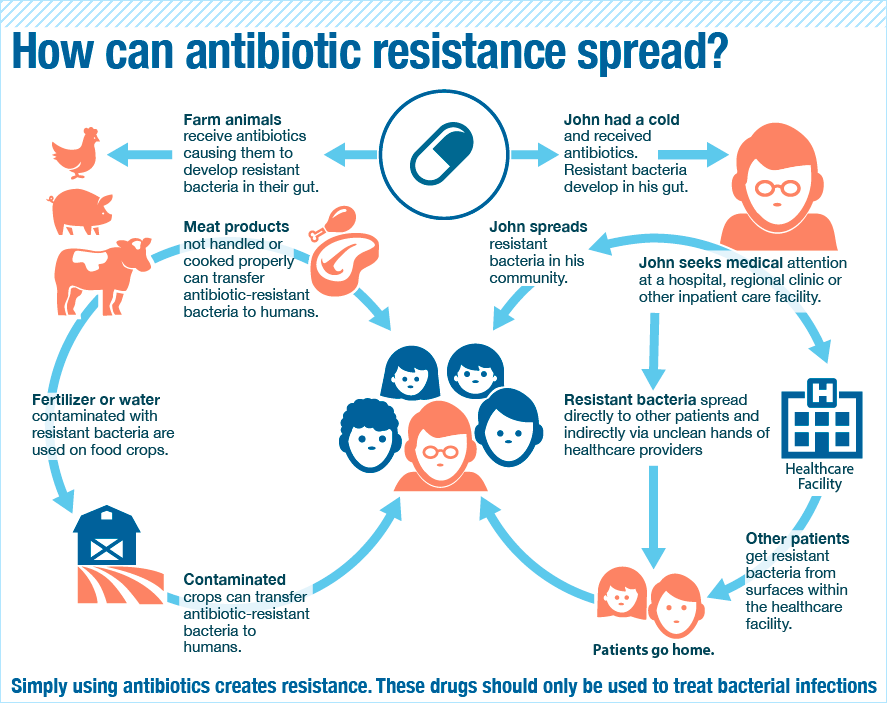 In short, bacteria could come from our food or from other humans. Diagram from me-med.com

Reality is, more than half of the world population still misunderstands how antibiotics work, according to a new World Health Organization (WHO) survey. CNBC reported a global review that stated superbugs could kill 10 million people annually and cost US$100 trillion (RM413.6 trillion) of economic output by 2050. It has been dubbed “one of the biggest health threats that mankind currently faces”.

So what makes Shu Jie’s research solve the antibiotics problem?

After 3.5 years of research doing her thesis, Shu Jie developed these star-shaped structures made from protein, called ‘structurally nano-engineered antimicrobial peptide polymers’ (SNAPPs). It’s a mouthful, but just remember they are star-shaped, and we’ll call them SNAPPs in the rest of the article. 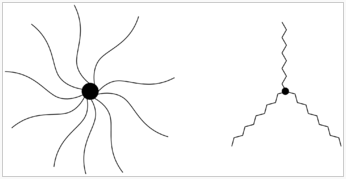 Representations of how star-shaped polymers are typically shown. Image from Wikipedia

“We make them through a method called polymerisation. It’s basically like playing with Lego. You have small building blocks which you assemble together, you link all of the protein units together to make a long chain, and this chain is called a polymer.” – Shu Jie told Vice.com

What makes SNAPPs better than antibiotics is that firstly, they can kill superbugs. Seeing as ninja stars are deadly, we would expect star-shaped medicine to be just the same. 😉  Shu Jie told the Australian Broadcasting Corporation’s Hack how SNAPPs was tested on mice infected with a superbug and it was successful. The polymers effectively killed off the bacteria.

“One of the ways it kills bacteria is by drastically ripping apart the walls of a bacteria cell and that makes it really hard for the bacteria to resist that treatment.” – Shu Jie, Hack ABC

Secondly, it doesn’t kill good cells in the body unlike antibiotics. Antibiotics indiscriminately kills both good and bad bacteria. SNAPPs attacks superbugs physically, while antibiotics attempt to kill these bugs chemically, which is why it kills nearby healthy cells in the process. When the star-shaped polymers tear into the surface wall of the bacteria, it triggers the cell to kill itself like a kamikaze. Can’t make a human host sick? Dishonour on you.

A bacteria cell before (left) and after (right) SNAPPs treatment. Image from the University of Melbourne, on Vice.com

Countries like Denmark and Sweden stand out with low rates of antibiotics use and resistance. They educate their citizens about the dangers, so it is unheard of for them to go into a doctor’s office and demand antibiotics. In Malaysia, the Health Ministry also warned medical practitioners against prescribing antibiotics indiscriminately in 2014.

But when can we expect to see SNAPPs in the market? Ermm, it won’t be out in the market so soon unfortunately. Shu Jie’s PhD supervisor, Professor Greg Qiao, told South China Morning Post that their research was still in its early stages and much more work has to be done to verify the best formula and structure, to reduce dosage, to do more tests on toxicity, as well as check if there are any side-effects on the body, before the substance can be deemed safe for human cells. “Even with all the money in the world, it would take at least five years to go to the first human test, because many resources and work are needed for its commercialisation.” – Professor Greg Qiao, Melbourne University’s School of Engineering, SCMP

Perhaps the quickest way to make this available to the public is through topical application first, so when you have a wound, you can apply some sort of antibacterial cream, lotion, or solution some day. This is because there are less procedures for external application over something that has to be ingested, Shu Jie explained to Vice.com.

“We also hope that we will be able to inject this into the body to treat serious infections, or even to disperse it in the form of a pill which patients can take.” – Shu Jie on Vice.com

When the day finally comes to market the medicine, we  wonder if they’ll design them like this: Although who would dare to swallow this?!? Image from fwallpapers.com