So…. the General Elections are a-comin’ just around the horizon in 2018, unless you believe the bisik-bisik cerita that it might be a lot earlier – like middle of next year. But whichever the case, nothing much will change for us regular voters – we head to the polling station, queue up and play spot-the-foreign-voter, mark our favorite candidate an——- wait, why isn’t my area here anymore???!

Yup, a bunch of Opposition MPs have recently pointed out that their areas (proper word: “Constituencies”) have suddenly disappeared, as if someone spilt a very big vat of leftover indelible ink from GE 13 over the entire town.

We waited 3 years to make that joke.

Shiok sendiri jokes aside, this is actually a pretty serious matter since even BN component parties MCA and Gerakan are really unhappy about it. But first, here are some of the changes that you can expect come GE14:

In total, 12 parliamentary seats and 34 constituencies are looking to have their names changed. Not just that, 128 out of the 222 Parliamentary constituencies will have their boundaries redrawn. Don’t worry if this doesn’t make sense, we’ll explain what this is (and how it might be a bad thing) below. In regards to the name change, Thomas Fann of Bersih 2.0’s Delineation Action and Research Team tells us that it’s not that big a deal.

“The name change may be annoying for some affected voters but on its own it doesn’t have any impact. The major issue is [improper redrawing of the boundaries]” – Thomas Fann

In a pretty little nutshell, “Redelineation” or sometimes called “Delimitation” is the Election Commission (EC)’s ability to redraw the boundaries of a constituency, meaning it can be made bigger or smaller depending on certain criteria that they need to fulfill, usually to ensure that voters are properly represented and able to vote conveniently.

As a super-simple example, think of it as rearing cows and goats separately on a piece of land… You may have have initially split the land evenly for each animal, but if the cows are breeding faster than the goats, then you’ll have to make more space for the cows. So the most logical thing to do is to move the fence to “eat” into the goat’s space (aka delineation):

Of course, it isn’t as simple when it comes to doing this for voters. We’ve covered this in much more detail in a previous article, but the Federal Constitution basically lays out a whole bunch of guidelines that the EC has to abide to during a delineation exercise – such as making sure a constituency doesn’t land between two different states, and giving a 30-day buffer for people to object to their decision before finalizing it. This is because…

If done wrong, delineation can directly affect the results of an election without you knowing!

The logic is pretty straightforward… In the image above, say JAR A has 80 yellow beans and 20 black beans while JAR B has 10 yellow and 40 black. If Yellow Party wants a majority number of beans in both jars, all they have to do is to move 40 yellow beans from JAR A to JAR B. That way, you’d end up with a 40/20 majority in JAR A and a 50/40 majority in JAR B. Sure, JAR B might be overflowing at this point but, hey, objective achieved!

In terms of what’s actually happening with the recent delineation, Petaling Jaya Utara (renamed to Damansara) had their boundary redrawn so that it went from 85,000 voters in 2013 to over 150,000 voters today. On the other hand, 50,000 voters were moved out of Subang, reducing the number to 73,000.

For a better idea of why this shuffling around of voters is important, here’s an infographic by AMK on how the magic of creative delineation can be used to turn a 5-0 loss for BN into a 3-2 win with the same number of voters: Like magic, right? This is called Gerrymandering, which we explained in a previous article… But if you support the party then no issue la right? After all, you vote for them because you believe that they are the best people to represent your interests, kan? Well, not really because…

Your votes may be “wasted” and it causes a whole lotta other problems later! 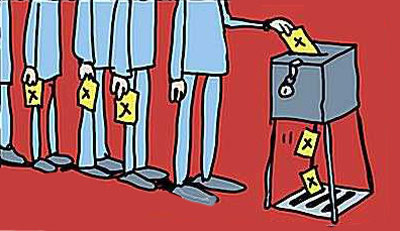 Well, the major thing that becomes obvious is that if the boundaries are drawn in such a way that favors a particular party, then your precious vote – that symbol of democracy that you’re so proud of exercising – is essentially meaningless. For example, IF (we said IF) the existing 85,000 voters in Petaling Jaya Utara were gonna vote for Opposition, and the majority of the 65,000 voters added in this current delineation were also Opposition supporters, then it means that their votes would be worth less because – 85,000 or 150,000 votes – it still translates to only one seat in parliament.

But it doesn’t end there, because improper delineation (whether parliament or state constituencies) causes various problems for people living in these areas AFTER the elections, such as:

One of the no-no things prevented by the Federal Constitution, which is that a delineation cannot separate families and communities. However some communities have found themselves under two different parliamentary constituencies, such as in Subang Jaya, where the boundary cuts across a neighborhood – leaving half of them under Hannah Yeoh (DAP, Subang Jaya) while their neighbors across the street are under Nik Nazmi (PKR, Seri Setia).

2. The person you voted for cannot take care of you

Pulau Ketam on the left, Klang town on the right. Image from DART.

Many constituencies are separated based on natural boundaries (like islands) and socio-economic needs. The problems happen when liberties are taken with the boundaries and drawn in a way that doesn’t make sense. For example, Pulau Ketam shares the same representatives with people from mainland Klang – which is not even on the coastline! So where should the representative be based, on the island or the mainland? Either way, one side loses out.

3. Instead of talking to one person to get something done, you need to talk to three

Generally, when there’s a problem within a community (like bad roads or broken street lamps), you’d reach out to your state representative (ADUN) within your constituency so that he or she can sort it out with the local municipality council (Majlis Bandaraya). However, if boundaries aren’t properly drawn out, you may end up with 2 or more Majlis Bandaraya within one constituency, and each Majlis may have different rules and regulations that they follow. So when there’s a problem, your poor ADUN will have to deal with two or three different Majlis, taking more time and effort than it normally should. 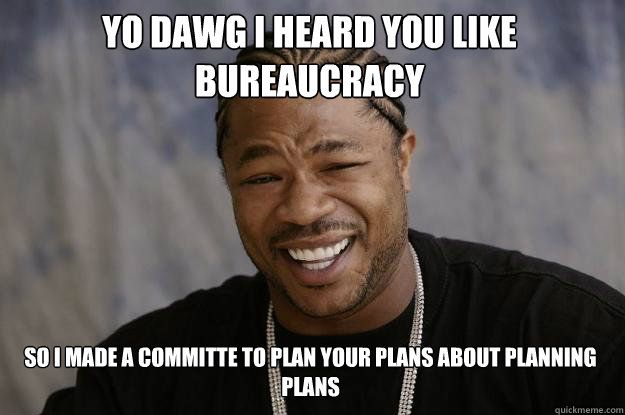 Unfortunately, what we can’t tell you is whether your constituency has been gerrymandered or not, since the EC aren’t required to justify their reasons for redrawing each boundary. This is an issue with ethics and transparency that we’ll have to address another time, but for now, Thomas has a pretty easy way of finding out for yourself:

“If you find the name of your voting constituencies doesn’t make sense to you, it could be an indication that you are in a gerrymandered constituency. For example, my constituency is P161 Pulai even though I live near to JB centre. To me Pulai is a rural area far from where I stay.” – Thomas Fann, head of DART.

Also, while the EC announced their delineation results in newspapers, websites, and (mostly) in the local majlis bandaraya offices, we have to point out that their site is still undergoing some security issues:

Click here to link to site. They may have fixed it.

[Mini-update] DART has published a comparison between the boundaries in GE13 versus the current proposed one. You can take a look at them here.

The EC has denied that they’re up to any hanky-panky but if you disagree with their decisions, there’s some good news…

You can still do something about it NOW – but time is running out!

Following the rules of the Federal Constitution, one thing the rakyat can do to stop their constituency from being messed around with is to get at least 100 people to sign a petition and have at least one representative to speak to the EC. The only catch here is that everyone who signs MUST be a voter in that constituency – meaning that you can’t sign a petition in Damansara if you’re registered to vote in Subang.

And you only have 30 days to do it – the deadline for all petitions and objections is October 14th 2016.

DART and Bersih are already planning to set up signature collection points in the affected constituencies, which will be announced soon. But until then, we very strongly recommend that you sign up with DART as an objector so that they can contact you directly instead. They’ll help out with the procedures and paperwork as well. Click on the image below to sign up!

You can also click this link to check your voting status on the EC’s website. All you need is your IC number.