If you’re a retiree or a current working adult who actually reads your monthly pay slips, you’d probably have heard of the EPF. OR if you’re a Bumi with all the perks (*cough* me), you’re probably one of the 13 million account holders with the Permodalan Nasional Berhad (also known as PNB) – a gomen linked investment company that runs a savings scheme for Malaysian Bumis.

Because both EPF and PNB basically exist to get Malaysians to save more, they do so by taking a portion of your salaries (as in EPF deductions or the monthly payments to your ASB loan) and invest it into whatever they see fit to help you grow your money. Some of the companies they currently own include Maybank, UMW Group, Tenaga Nasional, Telekom Malaysia, and a bunch more just to name a few… all so you can expect to retire comfortably and not have to work until you die.

Our reaction when we saw our first gaji. Image from DNA HR Capital.

So… why in the world did the both of them just announce that they’re going to spend 1.6 BILLION pounds (which is more than 8 BILLION ringgit) of OUR savings to buy a kaput LONDON power station in the UK’s MOST EXPENSIVE ever property deal?!

A number of people have called the EPF/PNB purchase of the Battersea Power Station announced last week a bailout. But of who? Well, EPF/PNB-owned Malaysian companies Sime Darby and SP Setia bought the place FIRST in 2012 – so it’s kinda like if you sold karipap and the only customer was your mom & dad. “Have to pay now ah? I just give you next week with your allowance can lah” Image from Time Out.

On top of that, some of you might’ve heard EPF has previously made investments into questionable entities like 1MDB, so we understand why people might be suspicious. We decided to look deeper into what the deal was all about, so keep reading cos there are some unexpected twists.

Built in 1927, the Battersea Power Station generated electricity for the city of London for five decades before it shut down in 1983. Over the years there were multiple plans to reuse and remodel the building, but nothing materialized until 1987, when roller coaster tycoon John Broome bought the station for £1.5 million in the hopes of transforming it into an amusement park. His was the first in a long line of unsuccessful attempts to refurbish the building due to failed approvals and crazy high costs.

So it was in 2006 that Battersea’s latest owners finally decided to hand the building over to the banks.

Building an amusement park in an abandoned, run down power station because what could go wrong? GIF from Imgur.

By then, most people were describing the Battersea Power Station as “doomed“. Not only had the building been left derelict for almost THREE DECADES… its sole use was pretty much as a set piece for anyone who needed anything that showed “abandonment” or “ruin“. This included Pink Floyd’s 1977 album Animals, which featured the building on its cover, and the 2008 Batman film, The Dark Knight, which used it as a burned-down Gotham City warehouse.

Of course, this all happened until two Malaysian companies stepped into the picture in 2012, beating out nine other bids including one from Chelsea FC (sorry Blues fans). It was only then that things started to get moving with the Battersea Station…

“I can’t see any UK or Irish company having those (funds) readily available. I just can’t see any one pulling it off, quite frankly, without a big slug of foreign investment, and the Malaysians… have very deep pockets” – Edward Lister, chief of staff to the London mayor. 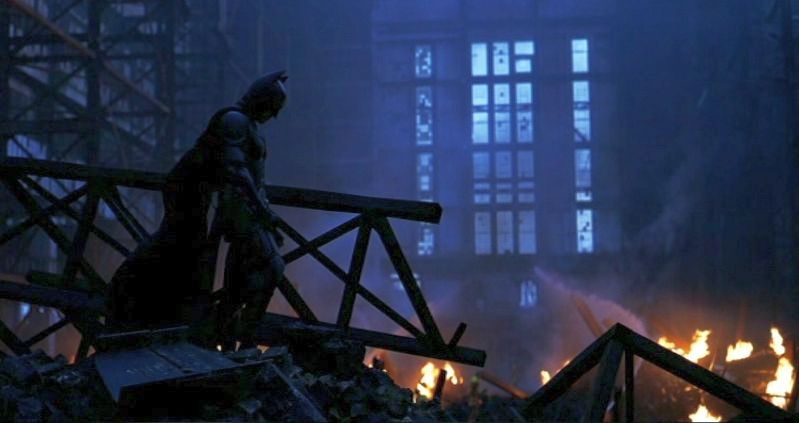 The silent guardian. The watchful protector. Dedak Knight. Image from The Film Sufi.

So here’s where it gets a bit weird. When Sime Darby and SP Setia bought the plant in 2012, they each acquired a 40% stake in the Battersea Project Holding Co (BPHC), the company developing the project. Meanwhile, the remaining 20% was picked up by… the EPF. Not to mention, EPF and PNB are both the majority shareholders of Sime Darby and SP Setia and hence already own BPHC indirectly.

What’s more, PNB and EPF aren’t even buying the WHOLE building… they’re just buying Phase 2. According to several reports, the price for EPF and PNB acquisition of just the project’s second phase is 1,000 times the sum John Broome first bought the ENTIRE building for in 1987. But based on the £400 million payment Sime Darby, SP Setia, and EPF made in 2012, the £1.6 billion price tag is only quadruple that. Yay!

So this raises the question: why are they spending another 1.6 billion pounds/8.8 billion ringgit to buy less than half of a property that’s kinda already theirs? ?

Well um, Apple (yes those iPhone flers) is moving their London HQ there so…

You know right, anything with a half-chewed apple on it, people sure buy right?

Well… in 2016, Apple made a huge announcement that they would be taking up all six floors of office space in Phase 2 for their London HQ, which is almost half the office space in the entire development (yay can go downstairs get your screen fixed!). We wonder if this was what the developers meant when they said they would be creating Jobs. Image from BBC.

But that’s not the ONLY thing the Battersea developers can brag about – just a year after they started work, Sime Darby and SP Setia managed to sell 97% of the apartments in the project’s first phase, a report by the BBC said. Meanwhile, Phase 2 was proving to be just as popular, with 90% of its residential units having been pre-sold.

90+% kinda sales numbers are pretty much the property equivalent of that time McDonald’s sold out its ayam goreng for four days because of crazy good marketing. Although experts have pointed out that the sales figures include buyers who only put down deposits, a spokesperson insists no one has pulled out (yet). In spite of the skepticism, both SP Setia and Sime Darby have announced SURGING PROFITS from the Battersea developments, with SP Setia raking in almost RM150 million from the project and Sime Darby RM87 million.

Still, not everything has been smooth sailing for the developers and the various problems surrounding the project have led to suspicions that EPF and PNB are only stepping in to bail them out. Among these were the rising costs of the development, with restoration for the chimneys and removal of asbestos expected to double the bill for the Battersea project. As far as we know, getting JAKIM to halal certify a station with flying pigs was not one of the problems… If you geddit, you old.

Others include the UK market’s potong stim for luxury homes after Brexit, leading Sime Darby and SP Setia to revise their targeted profits from 20% down to 8%. To manage these setbacks, they had to cut the number of affordable homes by almost HALF in a decision that was publicly criticized by London mayor Sadiq Khan.

Although there is dispute over whether Sime Darby and SP Setia could afford to fund the project without reducing the number of cheap affordable housing, it was at least clear la that most people think the project will still be highly profitable for the developers. Even with the lower profit forecast of 8% due to falling demand for luxury flats in the UK, the figure is still higher than both EPF and PNB‘s respective annual dividend rates. So is it a sound investment? Well, the property value is a bit hard to calculate, but if you sum up ALL the properties being sold at market price, the gross development value on Phase 2 is £1.85 billion as of June 2016.

That means if we go by this number, EPF and PNB stand to make £240 million from the purchase, which translates to 15% returns for the funds. PLUS rent from the big Apple, AND more cash for SP Setia and Sime Darby to develop the remaining phases of the project.

This makes sense since property developers are NOT allowed to collect payments until after they’ve completed their projects, whereas EPF and PNB can afford to hold out over longer periods for their returns to come in.

Already the deal is being viewed positively for SP Setia and Sime Darby by investors (who’ve been having their own troubles at home), which we suspect was what EPF and PNB were hoping for with this purchase. And numbers wise, the investment seems pretty legit for both EPF and PNB. But of course, the numbers are only a part of the picture because…

To explain how it’s kind of a bailout but also isn’t at the same time, here’s a lil summary of what each party involved in this deal stands to gain from the Battersea buyout:

SP Setia – Also unhappy shareholders due to a drama management change, and a desire to focus their operations in Malaysia, which is precisely what the EPF and PNB purchase would allow them to do.

EPF – With already 29% of its total investments in foreign markets AND as a 20% investor in Battersea since 2012, EPF wants to grow overseas even more by making investments with lower risks and higher returns.

PNB – As the daddy of the family, boosting their baby companies (Sime Darby n SP Setia) on the stock market would make them look good too. Oh, and of course, they’ll be sharing the profits of the development with EPF as well. Like one big happy family. Image from Daily Mail.

SO while this project is different from usual bailouts in the sense that it isn’t actually failing, the Battersea purchase also kinda IS one because the buyers are the parent companies of the sellers. This is a bit of a grey area, seeing that EPF and PNB are kinda giving Sime Darby and SP Setia cash up front to complete the remaining phases of the project.

Speaking of which, all of the phases Battersea station isn’t slated to be completed till 2028, which means there’s still a lot of work left to do for both SP Setia and Sime Darby (who still remain as the developers). In the meantime, it seems at the least it isn’t AS BAD as some other old power plants 1MDB bought, so let’s see how the other phases work out before deciding… Would ugaiz like it more if they added the twin towers onto the chimneys?