Last week, more than one thousand palm oil farmers gathered in front of Menara Felda to protest against EU’s latest palm oil decision. The EU parliament, a body that makes decision for the European Union, has recently approved a move that will greatly affect Malaysia’s palm oil sector.

And maybe lay all the innocent orangutan spirits to rest.

Just last year, the EU parliament was proposing a separate certificate for palm oil entering the EU. This ticked off Malaysia and Indonesia, two of the world’s largest palm oil producers, because for some time now, we’ve already been working towards the standards of RSPO, and felt that the EU certification is pointless and discriminating towards palm oil.

The EU is Malaysia’s second biggest buyer of palm oil

And India is the number 1 buyer.

According to Malaysian Palm Oil Council, Malaysia accounts for 39% of the world’s palm oil production, right behind palm oil boss Indonesia. The EU is our second biggest buyer of palm oil, with about RM10 billion worth of palm oil and palm oil exports sent to the EU in 2016, and about 30% – 46% of Europe’s imported palm oil gets made into biofuel. So you understand now why the phasing out of palm oil as biofuel is a huge concern.

There is also the concern of Malaysia’s palm oil image as other countries might follow in EU’s footsteps if they want EU to keep buying their stuff.

“… most countries view it as an important export destination, therefore there are chances they would do it as well to comply with the EU requirement,” – Ahmad Kushairi Din, director general of the Malaysian Palm Oil Board (MPOB), quoted from Mongabay

According to Malay Mail Online, the EU phased out palm oil because palm oil manufacturers had failed to achieve UN’s standards in consumption, production and climate action. Of course, those who have stake in the palm oil industry disagree, but not without good reason.

Palm oil is like, the most efficient vegetable EVER If you’re into environmental conservation, you must have heard of all the bad stuff about palm oil. From deforestation, carbon dioxide emissions, and lost of wildlife (like orang utans), there are countless articles and websites devoted to explaining the negative impacts of palm oil and what you can do to help stop it.

But, those effects are applicable to the planting of ANYTHING over a forest. In the rare and occasional websites that speak in support for palm oil, we see more evidence and studies in favour of palm oil cultivation. For instance, palm oil produces an average of 4 tonnes/hectare of yield, compared to less than 0.8 tonnes/hectare of some of its main competitors i.e. soy, rapeseed, and sunflower.

Palm oil is also super efficient, meaning it requires very little to grow. For example, compared to soybean, it requires six times more energy, seven times more nitrogen, and 14 times more pesticides per tonne. In fact, palm oil covers only 5% of the world’s vegetable-oil farmland, but it produced 38% of the vegetable oil output in 2010. Just let that sink in for awhile.

But much of the land used for palm oil planting are peatlands. Found in abundance in Malaysia and Indonesia, peatlands are wet, fertile soil that release a huge amount of carbon when they are burned (like in the haze). But even without a fire, peatlands could still release carbon dioxide when they decompose after draining, which is compulsory otherwise the ground would be too soggy for planting.

But Malaysian authorities are taking serious steps towards countering the environmental impacts, even getting smallholder planters to follow the sustainable guidelines. Indonesia showed great control in regulating smallholder farmers as there was no haze last year! But perhaps our efforts came too late. Maybe there are more sinister reasons why palm oil is being singled out… By “friends” we mean mainly Indonesia, because both of us are responsible for 85% of the world’s palm oil production. Some believe that the negativity surrounding palm oil is a devised attack on the industry, and Plantation Industries and Commodities Minister Datuk Seri Mah Siew Keong even referred to the EU’s recent decision as a “crop apartheid“. CEO of Malaysian Palm Oil Council Dr Kalyana Sundram shares a similar belief, and he adds that the current environmental angle is a shift from their original tactic.

“This goes back to the 1980s with the anti-tropical oil campaign. We overcame that by investing extensively in research, including human clinical trials, to show that palm oil is wholesome and nutritious.

Then, they attacked us over deforestation, sustainability, and conservation issues.” – Dr Kalyana Sundram told The Star

But who exactly is out to ruin the palm oil industry? Though its not always publicly mentioned, some believe its the big companies of rival crop oils.

Based on FEDIOL, an organisation representing the European Vegetable Oil Industry in Europe, 6.6 million out of the 10.2 million tonnes of vegetable oil imported by European countries were palm oil, making it Europe’s most imported vegetable oil. There are others oilseeds like soybean, rapeseed, sunflower, peanut, and groundnut, but only a couple that are traded by Europe can rival palm oil’s presence. 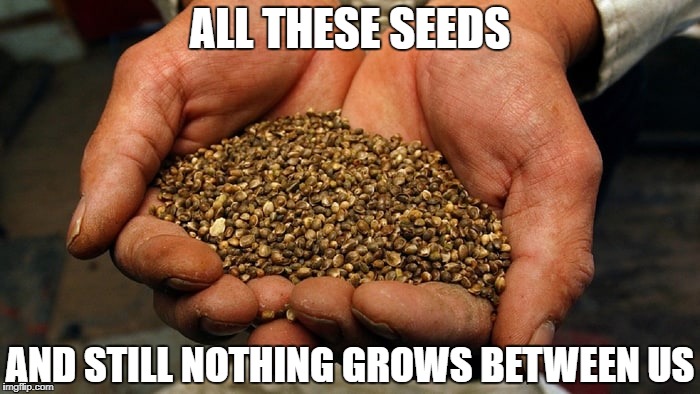 We can’t say for sure if the conspiracy between crop oil companies is real, but if either soy or rapeseed were to replace palm oil in the European market, the environmental impacts from their increased production would surely counter the advantages of banning palm oil in the first place. Soybean for example  , clears 480,000 hectares of forest yearly, as compared to the 270,000 hectares by palm oil. Rapeseed on the other hand, has the least yields among the 3 crops.

On top of that, there is also the matter of price. Besides environmental impact, Europe would have to cough up more if they choose to go with other seeds. Using December 2017 prices, palm oil was estimated at USD 665 per metric tonne, soybean at USD 862 and rapeseed at USD 874.

Why is clearing land for biofuel so poo-poohed? 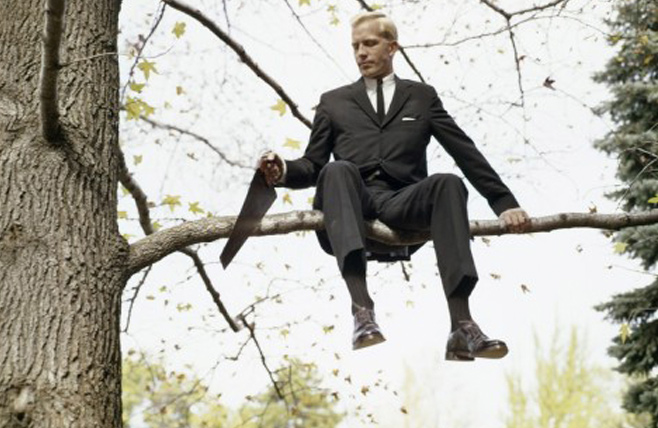 The use of crops for fuel is also widely debated dilemma known as food vs fuel argument. The use of vegetables and plants as fuel might prevent an energy crisis, but at the same time it drives the prices of the crops up, making those food less accessible to those in the lower income levels. So should food be used as fuel, or should it be prioritised as food, perceived as a “more essential” resource?

With all the talk about environment and sustainability, no one really considered why the EU parliament specifically targeted biofuels. It wasn’t just palm oil that was affected by EU’s recent ruling, the use of other crop based biofuels had also been frozen at their recent levels until 2030.

“With a freeze at current national levels, the market will get a clear signal that it should move away from food-based crops,” – Green MEP Bas Eickhout, member of European Parliament’s environment committee, quoted from Euractiv

This means if palm oil phases out, other crop based biofuels will only have a little room to replace palm oil because their levels of usage cannot exceed their 2017 levels (presumably at 2% of total transportation fuel). Palm oil might have received a heavier punishment because of its dominance of the vegetable oil market, and the fact that it is the most polluting biofuel.

“Unfortunately, the deal does little to clean up and phase out existing EU crop biofuels which will continue to receive support until 2030,” – Laura Buffet, clean fuels manager at NGO Transport & Environment (T&E), quoted from Euractiv

Biofuels are supposedly an environment friendly replacement for fossil fuels, but its advantage is becoming more and more doubtful over the years. Some even estimate that biofuel cause 4 times more carbon emissions than fossil fuels, probably after taking into account the indirect effects created by the demand for biofuel, e.g. clearing more forest to grow more crops.

The walking harvester is born out of out hatred for trees. Image from treehugger.com

Malaysia can’t stop EU from NOT buying our stuff, but we can challenge their decision!

As the EU parliament’s decision goes through another level of approval, Malaysia plans to bring the decision to the World Trade Organisation (WTO) because of “potential violations” of WTO rules.

“As more and more countries around the world embrace protectionism, many had hoped that the EU will provide the necessary leadership role to uphold the principles of free and fair trade,” – The International Trade and Industry Minister Datuk Seri Mustapa Mohamed, quoted from The Star

Whatever may happen, we all know that its not just the palm oil profits at stake, but also the livelihood of 650,000 palm oil smallholders. Hopefully, the government can work things out so that their interests are safeguarded.

Share this article:
NAH, BACA:
Kelapa sawit clumps are washing up in Britain and the Brits are claiming it kills dogs