Images from foodpanda.my and zomato.com

For those of you who aren’t that sure about what FoodPanda does, it’s basically a 24/7 food delivery service for you if you’re busy or just feeling malas to have breakfast/lunch/dinner. How it works is basically, you download the app or go to their website, choose a restaurant near you, pick whatever food you wanna eat and then the foodpanda delivery people will deliver it to you!

So now knowing how the system works, you’d probably think that the difference between the restaurant menu price and the listed price on FoodPanda just accounts for delivery fees, right? Well, we thought that too but when we actually checked out the FoodPanda website, they had already listed a delivery fee of RM5.00, and there was no explanation about the price discrepancy… Hmmm…. Odd… ?? 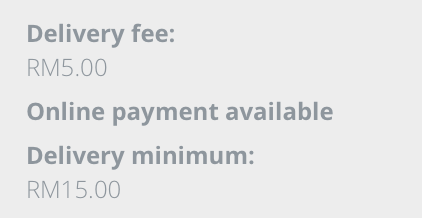 The small stuff 😉 Image from foodpanda.my

So, we did a little digging about this and here’s what we found…

NOTE: In this article, when we say “food delivery services,” we are referring to services where you get to order from a restaurant of your choice and have that food delivered to you. We did not include meal plan deliveries and home-cooked food deliveries.

Yeah, unfortunately, other food delivery services such as DeliverEat (Penang only), and RunningMan do list food prices that are different from the actual menu prices of the restaurants they deliver from. Ok but if you’re living in Penang, why would you want to get food delivery when you have this? Image from vkeong.com Us trying to make sense of these price discrepancies

So WHY is the pricing all so WEIRD??!!

We managed to get in touch with a couple of these delivery services to ask them about the price discrepancies and luckily for us, they gave us some fairly honest answers.

At first we tried to contact FoodPanda through their online chat on their website (they don’t have a working phone number… whuuuut??) so we started a convo with them as a customer and asked them why their listed prices were different from the original restaurant prices. They simply told us that they listed whatever prices the restaurants gave them. Something still smelt fishy though… (and it’s not the food)

So we called a Thai restaurant in KL, and spoke to the person in charge, asking her about the price discrepancy. Here’s what she told us:

“It’s for delivery. What FoodPanda won’t tell you is that they add 30% to the price.” – supervisor of a Thai restaurant. She explained that for some restaurants, FoodPanda charges them a 30% commission, so the restaurants have to markup their prices for the website.

We also managed to speak to an ex-employee of FoodPanda (who chose to remain anonymous), who confirmed that their services do increase the prices of some foods from some restaurants. He told us there were three categories for partnering with restaurants:

Other delivery services like RunningMan use a similar commission system too

Our discoveries didn’t stop there! Next, we tried contacting RunningMan. Again, we first tried to call them as a customer to see what they’d tell us. In this case though, they were pretty open about the fact that they did markup the prices.

Images from dramafever.com and google.com

The rep we spoke to simply said:

“Ya, we markup the price.” – RunningMan representative over the phone.

Blunt but ok la, quite honest.. But then we emailed them to find out a bit more, and we learned that they do have a similar commission system as FoodPanda does. RunningMan’s system. A bit confusing but we managed to figure it out

Sadly, we couldn’t get much information from DeliverEat, but looking at FoodPanda and RunningMan’s systems, we can probably assume that they have a similar commission system as well.

Plus, when we called DeliverEat to ask about the price discrepancies, the customer service guy was really very polite and understanding, and he said he’d take our feedback to HQ, so props to DeliverEat for being nice people!

We also found out that this delivery service pricing problem has come up in a few other countries before, such as Singapore and India, but for FoodPanda India, the company is happy to give you future discounts if you find any price discrepancies. ☺️

We also tried to calculate how much a delivery ACTUALLY costs

So we came up with a formula to try and calculate how much it actually costs for a FoodPanda delivery guy to bring you your food. This is what we put together:

(av. salary of delivery boy ÷ max. no. of deliveries per month) + (petrol cost of furthest delivery) 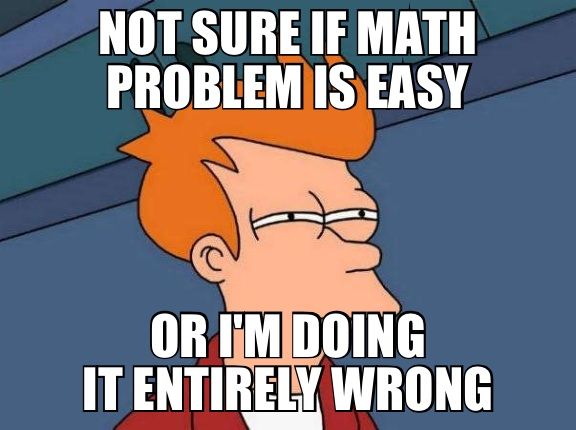 We tried to ask a FoodPanda delivery guy his salary and he told us that he wasn’t paid a basic salary and that it was all up to how much a person ordered. So, we googled “motorcycle delivery malaysia salary” and found the average monthly salary to be around RM1300.

Then, we agak-agak the number of deliveries per month (5 deliveries a day, 6 days a week = 130 deliveries/month) and the maximum distance they travel for a delivery (50km).

Considering their delivery fees, maybe at the end of the day, the extra costs are pretty reasonable – not just for the delivery costs, but also for the other costs that go into running a business like advertising and marketing, as well as the profits. I mean, it is a business after all.

Also Shahrukh Khan is now an ambassador of FoodPanda, so FoodPanda has to pay him as well lor… Check out this ad he did with FoodPanda India LOL (sorry, no subs)

So yeah it’s expensive, but you malas ma so how?

We did a bit more calculations with the price increases in Malaysian food delivery services, and we found out that once all of these fees are added together and you’re about to confirm your order, you’ll find that you could be paying an extra RM8 for some nuggets, or an extra RM10 for a serving of chicken rice, which is pretty expensive… So taking into consideration the delivery fees and sneaky price increases and then plus GST some more, it would probably work out cheaper to just go to the restaurant and eat there, rather than ordering from one of these services.

But then again, after looking at the actual delivery cost we calculated, it’s pretty reasonable la.. Plus, these services can still be very helpful if you don’t have a car to go get food, if don’t have much time to go out and have a nice meal, or if you’re just feeling lazy. After all, we’re Malaysians and there’s nothing we wouldn’t do for food! ?

FoodPanda contacted us to clarify a few things, most importantly, that they DO NOT markup the food prices on their website. This issue, though, is something they are looking into and since they have over 1,000 restaurants listed, it’s not the easiest task for them to go through each item on each menu to check the prices.

We spoke to the Head of Marketing, Fabian Emanuel, and here’s what he said:

“We list prices based on what is submitted by the restaurants… We trust them.” – Fabian Emanuel, Head of Marketing FoodPanda Malaysia

He also confirmed that FoodPanda does charge a commission that depends on how well the restaurant does, but that commission is strictly for profit sharing and it is NOT added into the listed price.

Fabian was very helpful in answering any questions we had and even offered to set up a meeting in case we had anything else to discuss, but as of now, we hope that any confusions or misinformation has been properly rectified, and that FoodPanda will keep on efficiently delivering food to all of us!

NOTE TO FOODPANDA! If any of this info is wrong, please tell us and we’ll correct it (we tried to contact u!). Email us at [email protected]