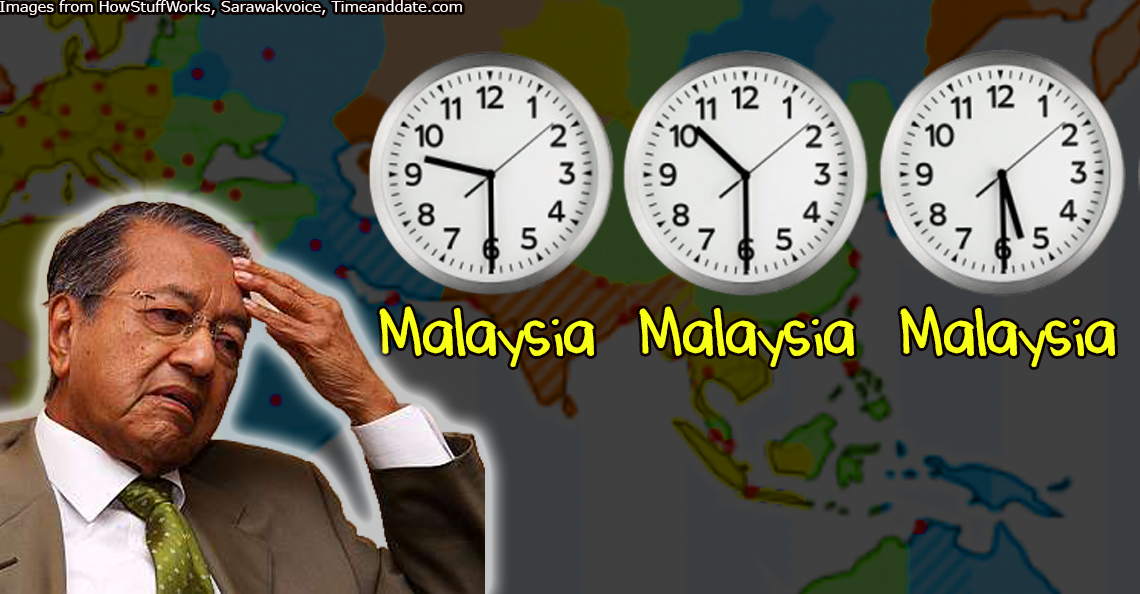 Ask just about any sociologist, and they’ll probably tell you: “time is a social construct“. Who came up with the idea of time? Who decided what time it is? Why did someone just arrange time the way it is now and thought that’s the way to go forward with telling time from then onward? We don’t really know, really.

But because of the concept of time, comes the concept of time-zones, where the times of certain regions are different due to their location on earth. There are actually more than 24 time-zones around the world, and while Malaysia belongs to a cluster of the world’s time standard that is Coordinated Universal Time (UTC) +8, we actually have our own time-zone, Malaysian Time (MYT).

Speaking of which, did you know that we’ve actually switched our time-zones six times before settling on MYT, as in we didn’t even have an MYT before Prime Minister Mahathir Mohamad came around?

But before we get ahead of ourselves, let’s first understand how time-zones even came about.

People used to get confused about the time when they travel

Back in the day, time was a totally local concept, where towns would set their clocks to noon when the sun was directly overhead, and there’d be an official timekeeper in each town for the townspeople to follow. Time differences were barely noticeable due to long travel distances, but if people do travel to a foreign place, they’d find themselves confused by the different time.

But all that changed when railroad systems expanded and allowed people to travel so far that they had no idea what time it was anymore. There were confusing train schedules as everyone was adjusting the schedules to their own time, which meant no one could expect when a train would depart or arrive. And by the time telecommunications allowed contact over the seas, time differences continued to be troublesome for the world.

That’s where Sandford Fleming, a Canadian railway engineer also known as the Father of Standardized Time, came in. 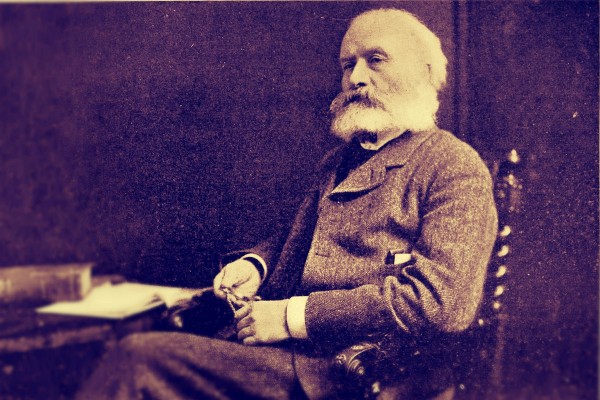 Fleming basically saw that the problem’s only gonna get worse if nothing was done about it, so he went ahead and formally proposed a universal time in 1879, leading to an International Meridian Conference to get things done.

“His main desire was to have instituted a uniform time standard for the whole world.” – Atlas of Alberta Railways 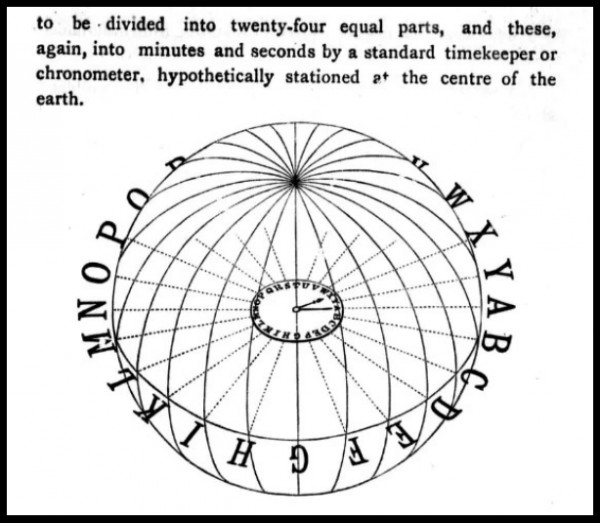 Fleming’s recommendations were thought to be a “brilliant solution to a chaotic problem worldwide“, so the International Meridian Conference adopted it in its resolutions, but noon should always be adjusted to indicate midday. While not all countries adopted the standardized time-zones, they all did eventually adjust to it by around 1900.

But Fleming’s solution only suggested the division of time-zones and Greenwich to be the starting point, making up what we often see today: the Greenwich Mean Time (GMT). It was not entirely accurate as it didn’t consider leap years, though it’s proven to have helped a lot. So in 1964, the UTC was adopted internationally to take leap years into account, but Greenwich remains the starting point.

Now that we’ve explained the invention of time-zones, how do we explain that Malaysia had to change its time-zones six times? Well, remember when we used to be colonized by the British and we were called British Malaya? That was the start of timezones in Malaya. Once upon a time… Image from Dead Country Stamps

Between the late 1800s and early 1900s, the UK had already begun to adopt the time-zones Fleming recommended, and they decided to apply these time-zones on their colonies across the world, including the Federated Malay States (FMS) and the Straits Settlements.

The lack of a uniform time-zone across British territories was apparently considered to be an embarrassment to the empire. But it wasn’t just that; with the introduction of railway, postal, and telegraph services in British colonies, it was difficult to coordinate and schedule things around without a proper time-zone.

So with that, the FMS became one of the earliest British colonies to adopt an actual time-zone when British Malaya adopted the Singapore Local Mean Time for the territory in 1901. And Singapore was chosen because it was the administrative capital of the FMS and Straits Settlements. 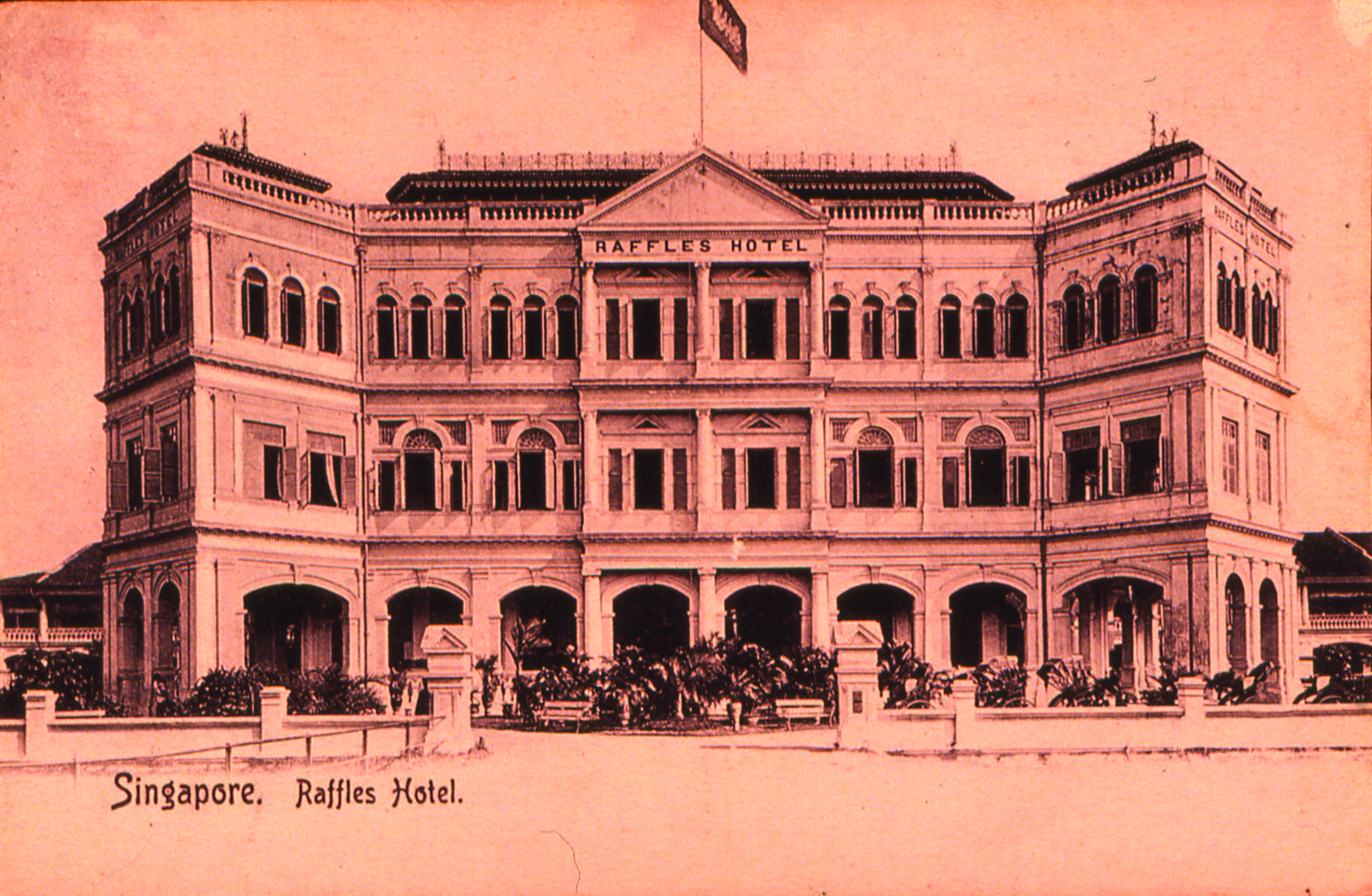 Raffles Hotel, Singapore in the early 1900s, where fancy Brits would hang out. Image from Pinterest user bndictemaillot

But this didn’t exactly last, as four years later in 1905, British Malaya decided that the FMS and Straits Settlements would take on the mean time of the 105th Meridian, also called the Standard Time Zone. This marked the second time Malaysia had to change its time-zone.

It was, according to the 15 degree separation as suggested by Fleming, seven hours ahead of the GMT. This time-zone was set according to a time ball in Fort Canning, Singapore, to give the public the correct time, helping passing ships, businesses, and government offices. The time ball has now become a tourist attraction in Singapore. Image from Wikimedia

And it was all pretty well and good for the FMS and Straits Settlements for the next 20 some years – that was, until…

If you’ve ever been to Western countries like the UK, the US, or Australia, you might have encountered this weird thing called Daylight Saving Time (DST), which is basically a practice to set the clocks one hour ahead during the summer months and then back again in autumn to extend the use of natural daylight.

The UK started using it in 1916, and in 1920, they proposed that the FMS and the Straits Settlements adopt DST as well, pushing the time 30 minutes ahead of the Standard Time Zone. They apparently justified the proposal as a way for laborers to have more personal time after work. But the 1920 proposal didn’t pan out…until 1932, when the same proposal was put forward again, but this time, only pushing it 20 minutes ahead. No. Image from HelloGiggles

And that, apparently, was better, because the bill was passed and became the Daylight Saving Ordinance 1932. It was supposedly only gonna last for one year, but as each year passed, British Malaya just kept extending the ordinance, finally making the adoption of DST in the FMS and Straits Settlements permanent in 1936.

Adopting DST was the third time FMS had to change its time-zone, and it was also the first time it’s the same as the Borneo Island. That was, until the Japanese attacked us on their fancy bicycles. 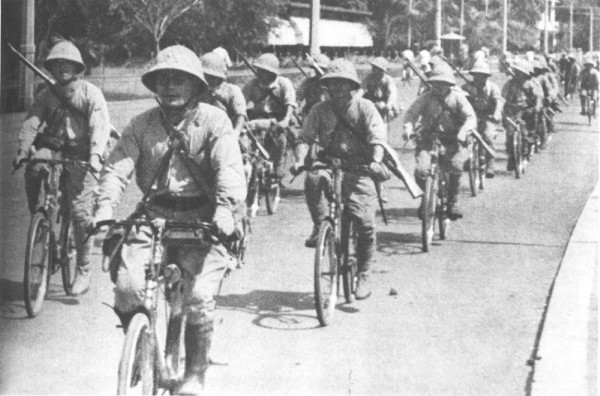 At that point, the Japanese forces just abolished the Standard Time Zone all together. Instead, defying all laws of nature, the FMS and Straits Settlements were synced with Tokyo Standard Time – and that marked the fourth time – which is actually one hour ahead of the Malayan territory geographically.

And as we all know, the Japanese occupation lasted only five years, only for the British to return. And then all things kind of…went back to normal, where the FMS and Straits Settlements time reverted to the Standard Time Zone. This was the fifth time for Malaysia to change its time-zone.

“Japanese time will never be used in Malaya again.” – British Military Administration, as quoted by The Straits Times in 1945

The Standard Time Zone persisted throughout the fight for independence and the actual independence for Malaysia, until…

Back when Dr. Mahathir Mohamad was the fourth Prime Minister, he contributed a lot to the modernization of Malaysia, including proposing a Malaysian Standard Time (MST) of our own. That’s because while West and East Malaysia came together, our timezones didn’t, as Sabah and Sarawak were set 30 minutes ahead of us.

And this minuscule time difference was apparently found to have negatively affected working hours in both sides of Malaysia, making it difficult to coordinate the two. As such, after only five months of entering office in 1981, Mahathir submitted a motion to coordinate the timing of West and East Malaysia by implementing MST, which would push the Peninsula 30 minutes ahead to match East Malaysia. It was also believed to be able to strengthen national integration and stand together as a single nation.

“The Bill Act seeks to streamline the official times of the state of Malaysia effective from 1 January, 1982 because Malaysia has two official times…The Sabah and Sarawak times had been chosen because it was an appropriate in terms of daylight savings and convenience to all Malaysians. According to international practice, the time in one zone to the next zone is one hour. Sabah and Sarawak time has been convenient to the principle of difference.” – Mahathir, as quoted by International Journal of Academic Research in Business and Social Sciences

The motion was unanimously supported in Parliament, even by opposition members at the time, and was made effective on 1st of January, 1982. Heck, even Singapore decided to follow suit, leading to New Year’s Eve 1981 ending at 11.30pm. And so Malaysia placed a flux capacitor into its Proton Saga and changed its time-zone for the sixth, and so far final time. 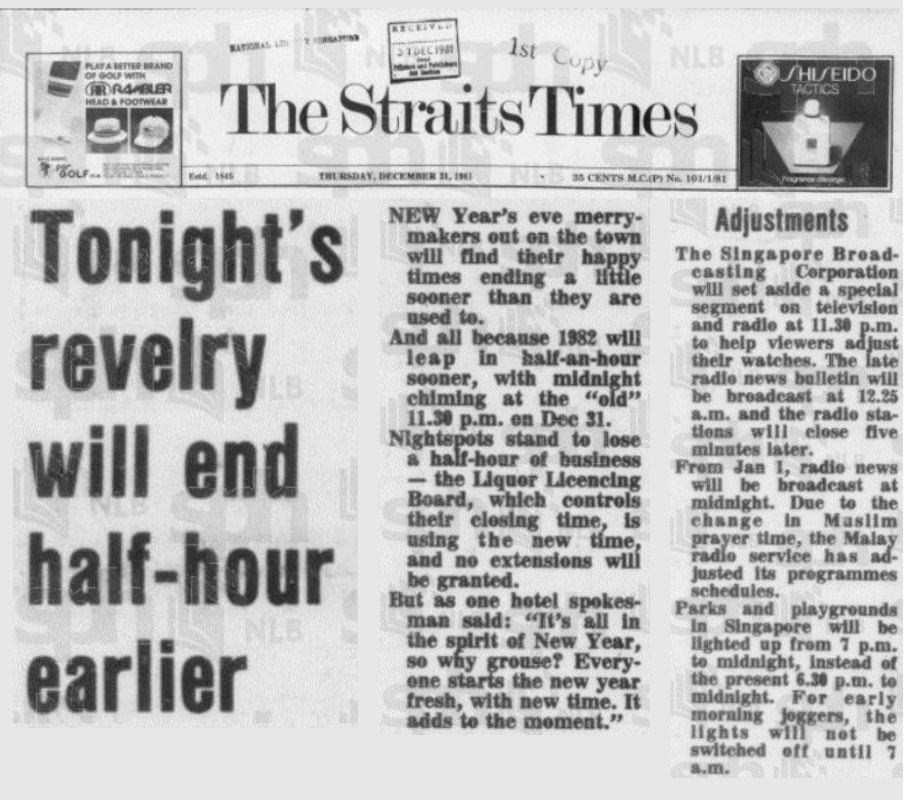 Malaysia’s been using the MST ever since

As of today, Malaysia hasn’t had a change of time-zone since Mahathir made MST a thing in 1982. We also no longer practice daylight saving, since we seem to already have plenty of daylight in a day.

However, a lot of other countries that practice it are apparently seeking to abolish it, such as the US, the European Union, Brazil, and Morocco. It seemed that the world’s gotten sick of switching their clocks twice every year, like literally, as studies have found that daylight saving could’ve contributed to an increase in the risk of heart attacks and car crashes.

As you can probably tell, time is a pretty confusing thing, and it seems like people could just do whatever they want with it whenever they want. And yet, we’ve always organized our activities around it and it seems to dictate almost everything we do in life.

But still, it doesn’t seem like Malaysia’s gonna experience another time-zone change anytime soon – we probably won’t have time to do that, what with the political uncertainty swirling around us these days. So, you know, just do your thing when your watch tells you to, and don’t be late!

Huh… maybe time really is a social construct after all.

Share this article:
NAH, BACA:
OMG, did this Poslaju package get stuck in an infinite loop?!