While researching for another story a while back, we found out about a movement group of Indian writers who write in Malay. They call themselves Sasterawan Kavyan, a group founded and led by a few people. One of them is a well-known writer, Uthaya Sankar SB, who’s also known by his other names like Shafie Uzein Gharib, Hanuman O and Leonard Loar.

“Among the people who founded and are still active are M. Mahanderan and myself.” – Uthaya to CILISOS. Translated from BM One of Uthaya’s work. And, yes, he is the guy on his the cover of the book. Img from DuBook Press

And because we’re so kepoh about things like this, we decided to have a quick chat with Uthaya to ask more about this group. As it turns out…

According to a UM journal written by Uthaya and Krishanan Maniam, the Malay literature had been written by the Malays for the longest time (uhh… duhh). But it was in the 70s, when non-Malay writers – only six of them were Indian writers – had started to get involved in writing Malay literature due to the usage of Bahasa Malaysia as the primary language in schools based on the National Education Policy.

When we talked to Uthaya, he told us that the Indian community started getting involved in writing Malay novels and poems in 1985.

“Ever since the beginning, Indian writers who write Malay literature (in Bahasa Malaysia) are considered minority writers. In the past, they wrote based on passion and on their own efforts.” – Uthaya to CILISOS. Translated from BM

But that changed in 1999, when a group of Indian writers banded together and held an unofficial meeting to form a movement group. Initially, they were called Kumpulan Sasterawan Kaum India (KuSasKI). However, they went through several changes of names until they officially settled for Kumpulan Sasterawan Kavyan (Kavyan).

They officially introduced the term Sasterawan Kavyan in 2004 during a discussion called Diskusi Sastera Kavyan at Dewan Bahasa dan Pustaka (DBP). Uthaya informed us that the term Kavyan means writer or poet in Sanskrit. The discussion somewhat looks like this tho it wasn’t this one. Img from Eksentrika

But if you think this group is just another regular writer’s club then you oughtta think again. While it seems like it, they’re pretty active in giving opportunities for writers to get published (we’ll explain more later) and organising events like reading sessions. Heck, they even organised the longest reading session (96 hours and 32 minutes) that apparently made it on Malaysia’s Book of Records (tho we can’t really find any news about this besides the ones written by Uthaya)!

The event, where attendees recited Cerpen Kavyan (Kavyan short stories), was attended by two national laureates, A Samad Said and the late Dr Othman Puteh. Surprisingly, both of them are apparently Kavyan’s advisors(!).

Besides that, the group has also ensured its members get published. As a group, members of Kavyan had worked together to publish an anthology called Vanakam. You can check out their other works here and here. The anthology. Img from Eksentrika

Besides getting published, the group was also once involved in a pretty controversial issue when…

Uthaya claimed that Muhyiddin picked him for the Interlok discussion

Just in case the name Interlok doesn’t ring a bell (cos you’re probably too young to even remember what that is), it is the name of a novel written by one of Malaysia’s national laureate, Abdullah Hussain that was once used in the syllabus for the Malay Literature subject for Form 5 students. In short, Interlok tells a story of three individuals – Seman, Chin Huat and Maniam – who are determined to change their families’ fates post-independence. While this may sound like any post-independence novel that you may have come across or read, it was somewhat pretty controversial.

In 2010, Interlok caused a controversy when detractors claimed that the novel contained derogatory words (like pariah) and depiction of the Malaysian Indians (according to the caste system). So in 2011, the then Education Minister Muhyiddin elected academician Prof Dr N.S. Rajendran, activist and leader at Malaysian Community Education Foundation G. Krishnabahawan and Uthaya to represent the Indian community in a panel to discuss the controversial issue about Interlok.

“In the issue of Interlok, I was appointed by Muhyiddin (the then Education Minister) to be a member of the ‘Panel Bebas Meminda Novel Interlok’.” – Uthaya

See, being a representative of the Indian community meant that they had to come up with a proposal called the 106 amendments to make necessary changes in the content of the novel. And Kavyan was apparently directly involved in coming up with this proposal.

After the proposal was submitted to the Education Ministry, it was reported that changes would be made to the novel and it would be reprinted. However, despite all that, the novel was eventually withdrawn by the end of 2011 and it was replaced with another novel called Konserto Terakhir (yea, some of you may be familiar with this novel instead). Besides the Interlok issue, Uthaya told us that Kavyan had also defended the rights of writers who did not get their royalty fees.

“Several writers contacted me to get help. Kavyan agreed to help after finding out that other parties, including the writer’s union, weren’t helping victims.” – Uthaya to us.

According to Uthaya, this happened twice. The first time they helped writers who wrote for the Malay Literature textbooks that are used in schools (remember we had that subject called KOMSAS?).

Kavyan had also helped Tamil writers get their royalty fees from publishers as well. Apparently, there have been some Tamil books published since 1993 but, as of 2013, only about five books had proper ISBN, which is basically a unique number associated to a book. Without an ISBN, writers won’t be able to track the sale of their books or won’t even be able to sell their books in bookstores!

As if that’s not enough, oftentimes, Tamil writers who got their works published on Tamil media are not paid royalty fees. Some of them are not even aware of their rights. So this is where unions and groups like Kavyan would come in to defend their rights and, according to Uthaya, the matter has been resolved in a positive way.

“If there are any issues that need our involvement, then Kavyan would make sure to collect necessary information and data. We don’t want to become an empty can.” – Uthaya.

But, oddly enough, Uthaya also clearly told us that Kavyan doesn’t really have (or fight for) a specific cause because, at the end of the day, they’re a bunch of people who simply enjoy writing Malay Literature. And their passion in the Malay Literature comes with a price la because…

Kavyan has been criticised for not empowering their primary language

As we spoke to Uthaya about the movement group, we can’t help but wonder how many members do Kavyan have left?

But there are only 15 members who are actively involved in writing Malay Literature because most of them don’t write anymore. He also added that this doesn’t include those Indian writers who write in English and Tamil. Speaking of which, he did admit that Kavyan has been criticised for not writing and empowering their mother tongue (read: Tamil).

“There have been times where advocates for Tamil language questioned why Kavyan advocates Bahasa Malaysia and the writers for writing in Bahasa Malaysia. For one, they don’t realise that, for instance, I am not of a Tamil descendant and that my mother tongue is not Tamil.” – Uthaya.

He also shared that he received more hate especially after the Interlok issue. Some people hate him because he debated using facts while others believe that he would side the majority (read: Malay writers and unions). But he clarified that it wasn’t the case for him because, as mentioned before, Kavyan had always prepared themselves to debate with facts.

Uthaya also shared that while Kavyan focuses on enriching the national language, the activities they held have always been inclusive of other languages and sources as well. In fact, the group encourages writing in various languages, particularly your first language, to celebrate diversity.

And besides the aforementioned reading sessions, Kavyan is also active in organising writing workshops as well. See, this may not be your typical workshop because, at the end of the workshop, Kavyan would try to help you get published!

When we say published, we’re talking about getting published with major publishers like DBP. We’re not simply saying things because Uthaya shared that Kavyan has been working together with DBP to get the works of the participants of Kavyan’s workshops to be published in DBP’s magazines. And just in case you don’t know, it’s really not that easy to get yourself published and we’ve written about that here. 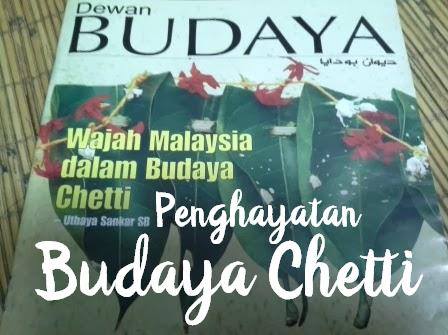 So, if you’re interested to start writing Malay novels, poems, short stories and the likes, you may wanna join Kavyan’s workshops. At the time of writing, Kavyan’s workshop called ‘Sesi Bimbingan Penulisan Cerpen Menerusi E-mel’ is being held online due to the global pandemic. The workshop only has seven participants.

They pretty much welcome everyone, regardless of race, capabilities (people with disabilities have joined their workshops too!) and experience, to join their workshop.

Or you can also refer to various guidelines on how to get yourself published at www.uthayasb.blogspot.my.