When we think of hantu, we’ll usually imagine a spooky spectre scaring us at night, because that’s what hantus do, right? But did you know that back then, it’s said that people used to bela hantu raya and hantu saka to work in their fields or plantations for them – in broad daylight some more. Oh, in case you don’t know your hantus, hantu raya are kinda like the buruh workers while hantu saka are kept by families for specific tasks, kinda like white collar workers. Our hardworking hantu rayas. Unedited image from Meming and Blogspot.

Nowadays, this type of work, such as manual labour in our palm oil plantations, is done by migrant workers instead who – let’s just be honest here – are sometimes treated really poorly. So then we thought, “Hmm, are hantus actually treated better than our migrant workers now?”

For this article, we’ll look at two type of hantus regularly used to do the owner’s bidding: hantu rayas, sakas, and toyols, and compared them against the migrant workers in Malaysia in a few areas such as working hours, payment, and living conditions, and see who comes out on top. The baby sized toyol usually operates under the cover of night, out to steal money or jewellery for their master. Using its blood red eyes, it’s said to have X-ray vision and can see through walls and barriers to find the valuables.

Hantu rayas, on the other hand, are available 24/7 and could even work during the day. They’re shapeshifters but will usually take the form of their master, who will send them out to work the fields on their behalf. They’re said to have superhuman strength and could even bend trees, so clearing a ladang might just be light work for them. If we were to agak-agak their working hours, since toyols operate at night we assume it’ll probably be roughly from 8pm to 4am – after Isyak prayers and before Subuh when people would be awake – which would be a solid 8 hours of work a day.

As for hantu rayas, let’s assume they’re workaholics and worked the fields from sunrise to sundown: that will be roughly 7am to 7pm – a total of 12 hours. This is just an assumption because due to their strength, it’s likely they could finish the work earlier.

Sadly, some of our migrant workers might be working just as hard or harder than the hantu raya, despite not having superhuman strength.

In general, under Malaysian law workers are only required to work 8 hours a day or 48 hours per week, and any extra hours would be considered overtime.

But there have been cases where they’re forced to work between 12 to 18 hours a day, and sometimes an extra 8 hours on the weekend. It got so bad, there was a period in 2015 where nine Nepali workers died per week, and it’s suspected to be from overworking.

So for this, the winner is: Hantu.

2. Payment – You wouldn’t dare to pay your hantu late 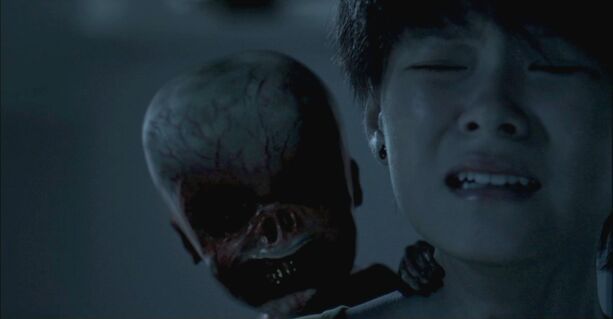 “B**** better have my food.” Image from Aminoapps

Ghosts aren’t paid in Ringgit Malaysia, or need EPF and SOCSO. Instead, they’re usually given an offering of some sort as payment.

For toyols, the idea is to treat them like children, but a bloodsucking one. Besides giving them things that will make a regular child happy, such as toys and sweets, you’ll also have to regularly feed them a bit of your blood by pricking your thumb, which they’ll then nurse on.

Make sure you don’t forget to feed them, cause they might just suck the blood from your toes, or your other family members while y’all are asleep. Hantu rayas, on the other hand, need regular and frequent offerings of ancak – which is basically a happy meal for the ghost. It consists of nasi kuning, eggs, roasted chicken, rice flakes and a doll.

If you forget to feed them, the ghost might just find a sick person to possess, and then start screaming, “Aku lapar, aku lapar”, and would need to be exorcised.

As for our foreign workers, they’re paid in cash, and employers are also required to pay them EPF and SOCSO. Most employers will do this, cause not doing so is a crime and they could face imprisonment for it.

But despite the penalty, some workers aren’t even paid at all.

Unlike ghosts which can just balas dendam to their owner, workers would either need to complain or go on strike to get paid, which has been successful before. But before a strike even happens, the workers might just see their employer disappear. Or worse, they’ll get fired – which means they’ll get deported, and unable to claim their money through the Malaysian courts.

NAH, BACA:
WHAT!? Is Malaysia hiring foreigners as scientists too?

Toyols are usually kept in individual glass jars by their owners and hidden away until they’re needed, presumably so visitors won’t see their collection of toyols. 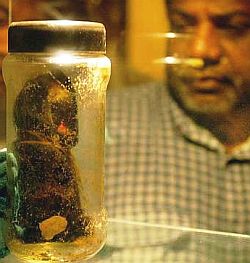 Toyol in a jar. Image from The Star

As for hantu raya, they’re said to have limited range and can’t go too far from the owner’s home. So if the owner has a nice house, they would have nice accommodation too.

For foreign workers, this can vary. In some plantations, they might have similar accommodations as the local workers, which are actually decent.

But in the worse cases, these can be overcrowded dormitories. Not too long ago, there was a Covid outbreak in the Top Glove dormitories, and there have been exposes about how bad the situation is in these places.

So a toyol might live in a glass jar, but it’s not like they’re putting 20 toyols per jar. So for this, the winner is, once again: hantu.

4. Treatment – Would you dare shout at a hantu for not working fast enough?

We tried really hard, but we actually can’t find any mentions of an owner abusing their hantu. In fact, you’ll probably find more mentions about how the owner should take good care of their hantu, just in case it balas dendam for being mistreated.

But since toyols are actually made from the corpse of a dead baby, we might be able to argue that they’re basically child labour, which can be illegal. Toyols have a right to childhood too! Image from Myspace via Kosmo.

On the side of migrant workers, when there are cases of them being treated badly, it can be really bad.

We’ve heard about foreign maids being abused, and one has even died but their employer escaped murder charges. And across a few different industries, especially at palm oil plantations – where some reports have said it’s slave-like –  they have been beaten, chained, starved, and even threatened with murder.

You wouldn’t do that to a hantu, so sadly, the winner is again: Hantu.

5. Quitting employment – Your hantu is an employee for life

Once you bela a ghost, letting it go isn’t as easy as telling them they’re free, because they might not want to leave.

For toyols, there are usually two ways to end your contract with it. One, you could just bury it in a graveyard to allow the spirit to rest. Or two, you could go the less environmentally friendly way and dump the jar in the ocean.

One trick this writer has heard is to plant a few seeds which have been cooked in some ulu location, then ask the hantu raya to watch over it until the plant grows to a certain height (Hint: cooked seeds never grow so the hantu will never leave the place).

As for the migrant workers, this would depend on their contract – unlike ghosts, it’s usually not for life. But there have been cases where they can’t leave even if they wanted to. 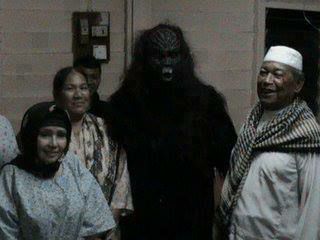 Even if you leave, we’ll still have our memories, hantu raya. Image from FB

For starters, they’ll usually come into our country already in debt – they’ll need to pay back a fee of $5,000 (RM20,000) to get a job here, which would be nearly impossible to repay if they worked in their home country. Not only that, they’ll usually have their passports confiscated.

There are even cases where their employers have lost their passports, but the workers are still forced to continue working in the plantation.

The winner for this one might be surprising. The hantu might want to stay for life but couldn’t, while the migrant worker may want to leave, but couldn’t either.

So for the first time, the winner is: None. It’s a draw. We might be mentioning the worse cases of foreign labour abuse, but do note that this doesn’t apply all across the board. In fact, there are also reports about migrant workers having a positive experience working here.

For a feel good factor, back in 2020 when most industries in Malaysia were shut down, Sime Darby paid for flight tickets for their employees who want to return home, and those who have worked with them for 10 years were even given business class seats. (Note: We swear Sime Darby did not pay us for this article)

However, as cases of migrant worker abuse is reported every year – in fact, right as we’re writing this, products from Malaysia’s Supermax glove factory has been banned by the US for alleged forced labour – these aren’t just isolated cases.

As with every news piece on this issue, our government has made promises that they will punish employers who abuse their workers. But unless the migrant workers can haunt the owners the way the hantu can, it might be some time before their overall condition will improve.