As you progress through life, you’re going to find your mamak conversations shifting from DoTA2 → state of the country → insurance and investments → how the current generation is so much worse than yours.

But just because the conversation topics have changed doesn’t mean that you have. And that results in you hiding behind your teh tarik hoping no one asks for your opinion because you understand the subject less than a parent understands their teenage child, mom!

And since the Budget 2022 was recently announced, you can expect this to be a likely conversation to pop up at the next mamak session. So rather than smiling and nodding, we’re going to give you a super quick summary of the most conversational points in Budget 2022, as well as questions you can bring up to keep the conversation going… while appearing to know what you’re talking about.

1. The money allocated for Budget 2022 is the highest ever For 2022, the allocated budget totals RM332.1 billion, which is the highest it’s ever been. Of that total, the Education Ministry got the highest allocation (RM52.6b), followed by the Health Ministry (RM32.4b)

Budget announcements are a big deal because it tells the people how the government is planning to spend the country’s money – which mainly come from investments and taxes that you pay – and give to states for their own planning and spending. But not just that, it’s also when the government announces economic plans like tax breaks or development of certain sectors, which all come together to stimulate the local economy.

This budget is the Keynes to the Rakyat’s heart. Gif from Tenor.

2. Sugary drinks will be taxed more… for your health

One of the national agendas for 2022 is health awareness, which most of us might need after being stuck at home eating food deliveries. The main polarizing announcement here is the plan to increase tax on sugary pre-mixed drinks, which will include chocolate, cocoa, malt, tea, or coffee. This means your drinks are either going to be less sweet, or more expensive – and we’re definitely headed towards the extinction of the Milo Dinosaur. If you have hypoglycemia then it’s still mi lo sugar

On the bright side, e-liquids and gels containing nicotine are also getting taxed which is good news unless you vape.

The other big budget plan involves an RM70 million allocation for mental health services, with plans to allow you to claim income tax relief when you see a mental health specialist.

3. This year, the focus is on the families (especially B40)

Following PM Ismail Sabri’s Keluarga Malaysia concept, the Ministry of Finance started a public consultation exercise to get suggestions from the Rakyat. This resulted in the following improvements to the current financial assistance currently being given out under the Bantuan Keluarga Malaysia program. At its base, households with 3+ children and earning less than RM2,500 will get an extra RM200 (from RM1,800 to RM2,000 ), but also:

There’s also a further RM31 billion allocated to subsidize certain goods and services to lower the cost of living. 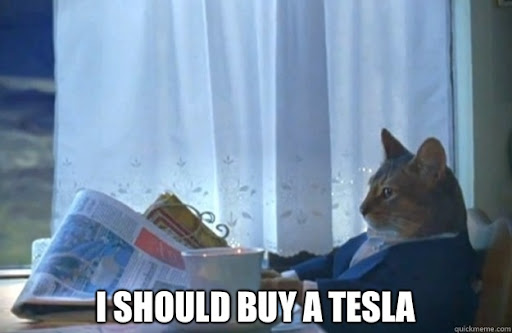 As a way to reduce pollution and move Malaysia’s automotive industry towards the future, the government will see exemptions on import duty, excise duty, and sales tax on Electric Vehicles (EV). On top of that, there’ll also be road tax exemptions up to 100% and up to RM2,500 tax relief for the purchase/rental and use of EV charging facilities.

Of course, there are a lot more electric cars that are more affordable than a Tesla, so you can read this PaulTan article if you plan on namedropping options.

But if you prefer a good ol’ regular car, then the 100% sales tax exemption on locally-assembled imported (CKD) vehicles and 50% exemption on fully imported (CBD) vehicles – including SUVs and MPVs – will be extended till June 30th 2022.

5. A lot of focus is on jobs, and women in the workforce With unemployment rates going up due to livin’ covida loca, a budget of RM4.8 billion has been set aside to guarantee 600,000 job opportunities under the JaminKerja initiative. Part of this will involve partially covering the salaries of certain target groups for a year, to encourage employers to hire them. Here are the groups and the subsidy levels (First 6 months | Next 6 months):

In addition to this, the Malaysia Short-term Employment Programmes (MyStep) will also provide 50,000 contract jobs from the public sector and 30,000 from Government Linked Corporations (GLC). And if skills are more your thing, RM1.1 billion has been allocated for upskilling and reskilling programs, some of which come with guaranteed employment. There are also plans to encourage women to return to the workforce, so the incentives also apply to companies who hire single mothers, housewives, and women unemployed for 1 year. But more interestingly, there’s now a mandatory requirement for public listed companies (those where you can buy shares in) to have at least one female member on the board. The came after the findings that 27% of companies on Bursa Malaysia (our stock exchange) don’t have female directors. Or you can click here to watch the full announcement on YouTube. Screencapped from Parlimen Malaysia’s YT channel.

If there’s one thing we can say from our own mamak sessions, it’s all about the confidence and knowing who you’re with. Obviously this article won’t be very useful if you’re with a bunch of analysts from the Ministry of Finance, but for just everyday friends or a first date it should be enough to get you by. Just remember: the questions aren’t to get a right or wrong answer, it’s to taichi attention away from you.

Still, there are a lot more points that we didn’t touch on, and if you want the full scope of Budget 2022 – manatau if all your friends are in NGOs or something – you can read Finance Minister Tengku Zafrul’s full speech or see a longer list from The Edge.